The Politics Of Eighty Sixing

In a number of food and liquor service industry sectors, the numerical code “86” means “no service” for somewhat obscure reasons. Most often, it refers to a bartender cutting a too-drunk patron off from further alcohol. As I’ve discussed in the past, this happens to be the most common origin of a bar fight. And as Americans have seen in the past three weeks, it has also become a really good way to precipitate a battle in the culture war. 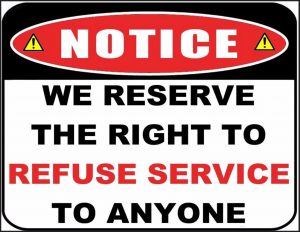 This turns out to be not quite true.

Protected classes under federal and all of the state laws include race, skin color, national origin, sex, and religion. Other protected classes sometimes chosen by various states in the machinations of their politics include age (usually over 40), past military service, marital status, genetic makeup, disability, and most poignantly here, sexual orientation. 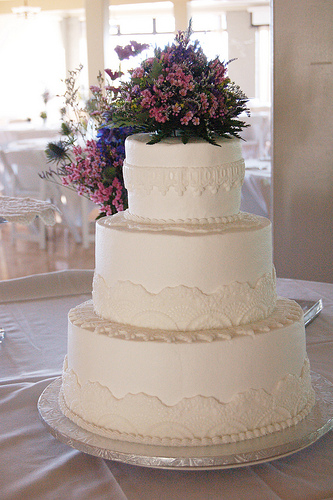 On June 4, 2018, the United States Supreme Court punted on the hard issue in the case of Masterpiece Cakeshop, Ltd., v. Colorado Civil Rights Commission. I commend the terrific writeup on the case by Ordinarian Em Carpenter published the same day to you all. The three-sentence writeup: a Christian baker claimed a free exercise and free speech exception to Colorado’s anti-discrimination in public accommodations law when he was presumptively requested to make a wedding cake for a same-sex couple. Rather than rule on whether there are such exceptions, the Supreme Court instead stated that the Christian baker had been treated disrespectfully during one of four stages of pre-litigation review, and therefore vacated the ruling against him. Thus, the Christian baker was able to 86 the gay couple, despite the public accommodations law.

The White House was strangely quiet about the ruling, despite having instructed the Solicitor General to file an amicus brief in support of the baker’s position,. The White House speaking points for that day were about the economy, and spokesperson Kellyanne Conway, perhaps predictably, did not state the import of the case with anything demonstrating an understanding of legal nuance (discussion begins at about 4:50 into the embedded audio). Even the social-issue sensitive and tweet-happy President was unusually cryptic and belated in his response:

But other social conservative outlets, traditionally enthusiastic supporters of the President, called the baker’s purported “right” to 86 a gay couple based on his own religious beliefs a great victory for freedom. (Traditionally liberal political and cultural actors, of course, had a different take on the matter.) And the public appears to have adopted the oversimplified, un-nuanced, and indeed legally incorrect understanding that a Christian merchant can indeed refuse to do business with gay people because of religious objections. That was, after all, the practical result of the Masterpiece Cakeshop case, regardless of the procedurally picayune path picked by the Justices to get there.

The first most of us heard of the next 86’ing, from Lexington, VIrginia, was again on a tweet:

Last night I was told by the owner of Red Hen in Lexington, VA to leave because I work for @POTUS and I politely left. Her actions say far more about her than about me. I always do my best to treat people, including those I disagree with, respectfully and will continue to do so

Sarah Huckabee Sanders is, of course, the White House Press Secretary, who happens to also be the daughter of former Arkansas Governor and current Administration cheerleader Mike Huckabee, who offered this measured statement of support for his adult daughter:

Bigotry. On the menu at Red Hen Restaurant in Lexington VA. Or you can ask for the “Hate Plate”. And appetizers are “small plates for small minds” https://t.co/rHEVdcQwwh

You may decide for yourself whether Governor Huckabee is in a good position to accuse others of bigotry, three hours after having authored another questionable post, to which I will link but not imbed here. The owner of the restaurant has her own story to tell: she received concerns from her staff, arrived to find Sanders, her husband, and six other diners with them eating cheese plates, gathered her staff and took a vote, and then asked Ms. Sanders to leave. She did so, and the rest of her party followed. The owner comped the cheese plates.

.@Zac_Petkanas says on Fox News a 10-year-old girl with Down Syndrome was separated from her mother at the border.

It was interesting to notice this immediately on the heels of another bit of social media current, an article with the self-explanatory title “Young Trump staffers are complaining they can’t date in DC because everyone hates them”.

Now, make no mistake. The Masterpiece Cakeshop case was a setup, basically on both sides, from a very early point. That was always intended to be a bit of political and legal theater. Both sides got political, media-savvy allies right away and angled to keep getting the case reviewed at higher and higher levels until the Supreme Court effectively punted. It was intended to be a fight from a very early point, if not ab initio.

Sarah Sanders legitimately wanted to have dinner with her friends. She was not in Lexington, which is deep in Virginia’s Shenandoah Valley, 3 a three-and-a-half hour drive from the White House, to make any sort of a political statement. It was her night off. 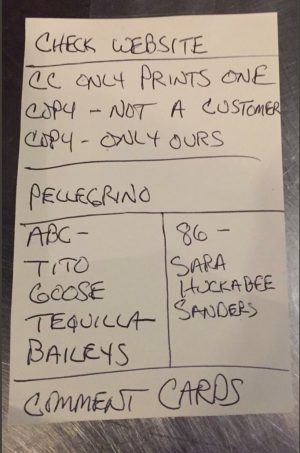 And while the law remains murky as to the validity of a free exercise exception to public accommodations regulation, the law is not murky at about political affiliations: they are not protected by antidiscrimination law. You can turn someone away from your restaurant because they associate too closely with a political figure you find odious. Just as all of those eligible D.C. singles are not engaged in any kind of actionable discrimination by refusing to date Trump Administration staffers, so too is the Red Hen restaurant not guilty of breaking any law whatsoever.

My question is: how far does this go? We’re living in the Era of Bad Feelings, after all. Some things are intolerable. Other things are not. But in an increasingly polarized age, it’s easy to lose sight of just how much we will tolerate and when it’s time to raise holy hell. And in an age when anything anyone does might blow up into a Social Media Moment, political shunning carries a big risk: it makes it harder for us to talk to each other, harder for us to empathize with each other, harder for us to find common ground and recognize a fellow human in a political adversary.

In a way, it’s the “Nazi punching” debate framed differently, one relating not to the legal and existential necessity of controlling when violence is deployed, but rather to the admittedly lower but escalatable stakes question of when someone is doing something so awful politically that they are not owed the common courtesies one would freely proffer to a complete stranger. I say that’s escalatable, because surely getting kicked out of a restaurant for one’s politics is an infuriating experience, infuriating enough that this very episode probably caused Ms. Sanders to violate an ethics regulation:

I’m torn, myself. I’m firmly convinced that the policies being pursued by the White House are among the worst ideas and most self-destructive political agendas I’ve ever seen in my lifetime, are the products of flagrant corruption and cupidity, are truly echoing dangerous and odious historical precedents, and some are of questionable constitutionality. I want to see these people out of power at the earliest legally legitimate possibility. And I don’t mind a bit if they understand just how unpopular what they’re doing is with America as a whole.

On the other hand, we’re still a nation of a lot of people who made their political choices for a whole bunch of reasons that, maybe I don’t agree with, but some of which I can sort of see and understand. And while there are some people who have been revealed to have really bad motives, there is still, for almost all of us, much more that unites us as a nation than divides us. Our political system demands that we talk to each other, that we make concessions to one another in good faith so that we all can live together peacefully.

And it’s very hard for me to tell how much shunning is enough to send the message to the other side “You’ve gone too far,” and how much crosses the line into “I no longer acknowledge that you are a fellow citizen and a fellow human being.” I can’t but imagine that the baker’s mind would change about the gay couple if he got to know them as people — and their minds would change about him, too. I can’t but imagine that something, some sort of experience, might get Sarah Sanders to understand how so much of the country perceives her as a shameless liar acting as a spokesperson for a political faction whose guiding principle is cruelty, and make her address that in some meaningful way. It might even nudge the White House back towards a more mainstream (still conservative) direction of governing.

Maybe those are just pleasant fantasies and we’re really on the brink of a national divorce. I dearly hope not.