Writing the Book on Corruption in West Virginia 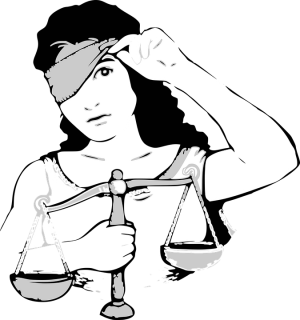 For a small and unpopulous state, West Virginia has managed quite a history of political corruption. We have had governors, judges, sheriffs and county commissioners convicted of felonies and sent to prison. Offenses ranged from bribery, violation of civil rights, to good old fashioned vote buying.

In 2006, lawyer Allen Loughry wrote a book called “Don’t Buy Another Vote- I Won’t Pay For a Landside”, subtitled “The Sordid and Continued History of Political Corruption in West Virginia.”

In 2012, Loughry succeeded in winning a seat on the state Supreme Court of Appeals. Recently, he was suspended, without pay, following a 32 count complaint against him filed by the Judicial Investigation Committee. This week, on the 155th anniversary of West Virginia’s statehood, Loughry was federally indicted on 22 counts, including various fraud counts, false statements, and witness tampering. The man who wrote the book on corruption now stands accused of bilking the taxpayers who put him in office.

In 2016, the long-serving Administrator of the Court was summarily fired, perplexing the legal community who knew and respected him. Some months later, news stories began to break, questioning the exorbitant amount of money that had been spent remodeling some of the justices’ offices- most notably, that of Loughry, which received a $360,000 makeover. Among the extravagances reported by the news media was a $32,000 sofa and a custom made, in-laid wooden floor medallion depicting the state and its 55 counties, with Loughry’s home county in blue.

When the media questioned the expenses of his office, Loughry blamed the since-fired court administrator. Loughry claimed to have had little-to-no say in the renovation of his chambers. The claim must have been as implausible to the news media as it sounded to the public, as they investigated in earnest. As we all reeled at the thought of our taxpayer money buying a sofa costing more than most of West Virginians’ cars, we learned about the desk.

The West Virginia State Capitol is an icon of our state and a point of pride among our people. We may be poor, but we have a gold plated dome and marble hallways and breathtaking legislative chambers. The building, which includes the chambers of the state Supreme Court of Appeals, was designed by noted architect Cass Gilbert, the same man who designed the US Supreme Court building in Washington, D.C. In addition to the building, Gilbert created five desks- one for each justice. They were known as the “Cass Gilbert desks” and renowned for their craftsmanship.

According to the indictment, on June 20, 2013- incidentally, the 150th birthday of the state- Loughry directed a moving company to deliver one of the Cass Gilbert desks to his home (along with a leather sofa, also property of the taxpayers). The moving company complied, and was paid by the State for their service. The desk stayed in Loughry’s house for more than four years, and was returned only after the media began asking questions

When the Judicial Investigation Committee released its complaint against Loughry, it alleged that in addition to helping himself to valuable antique furniture, Loughry was also using a state vehicle for personal business- and a state credit card to pay for the gas. Among other things, he is accused of using a state car to travel to the Greenbrier Resort to sign copies of his book about corruption. He also allegedly used the state car and credit card to travel to speaking engagements at his alma mater and other places, where he spoke on integrity and — you guessed it — corruption. In addition to the personal use of state resources, he is also accused of claiming mileage and expense reimbursement from the organizations inviting him to speak, not telling them he was using a state vehicle and credit card and would not be entitled to reimbursement.

The indictment by the US attorney’s office includes these instances and others as the basis for the fraud charges. The false statements allegedly occurred when federal authorities questioned him. Among other things, Loughry denied using state vehicles and credit cards for personal use and denied knowing the desk at his home was a Cass Gilbert. The indictment claims he also lied about when he had the desk brought to his house, claiming it had been before he was elected, when he was a clerk for the court and had no authority to ask anyone to deliver the desk. In an interview quoted in the indictment, Loughry claimed the court had sent the furniture to him, unprompted, for a “home office”.

In the final count, the US Attorney alleges Loughry attempted to sway the testimony of another court employee. Per the indictment,

Loughry did knowingly and corruptly attempt to obstruct, influence and impede an official proceeding… Loughry, having reason to believe a federal grand jury into excessive spending by the Supreme Court was likely to be instituted in the near future, attempted to coach a Supreme Court employee by planting false facts about a purported prior conversation between the employee and (Loughry) that concerned the renovation costs of (Loughry’s) judicial office. …”

The indictment alleges the conversation about which Loughry “reminded” the other employee never occurred and was merely an attempt by Loughry to “plant” the false memory.

In an unusual move, the Justice was arrested rather than permitted to surrender, as often happens with white collar criminals and high level officials. Also of significance is the date of the arrest: June 20th, the anniversary of our statehood, also known as West Virginia Day.

Mike Stuart, US Attorney for the Southern District of West Virginia noted that today was a sad day for the state. As one of our own is accused of taking advantage of his authority and the trust of the citizenry, that is undoubtedly accurate.

In the end, the audacious and outlandish office remodel expenses were not a basis for disciplinary or criminal action. But like those allegations, if true, they reveal the use of our state as a personal expense account.

Now, we await word whether any other justice is likewise facing charges, as is the rumor, and wait to see how the Loughry case is resolved by the federal court. We suffer the slings and arrows of those who are prone to point and laugh at us and our continued tradition of official corruption. Meanwhile, the good people of the state, while celebrating West Virginia Day, sigh and shake their heads in resignation as yet another native son appears to have turned on us.