President Trump, in a letter to North Korean leader Kim Jong-Un released this morning, has cancelled the proposed Singapore summit between the two leaders. The Trump-Kim Summit had been scheduled for June. 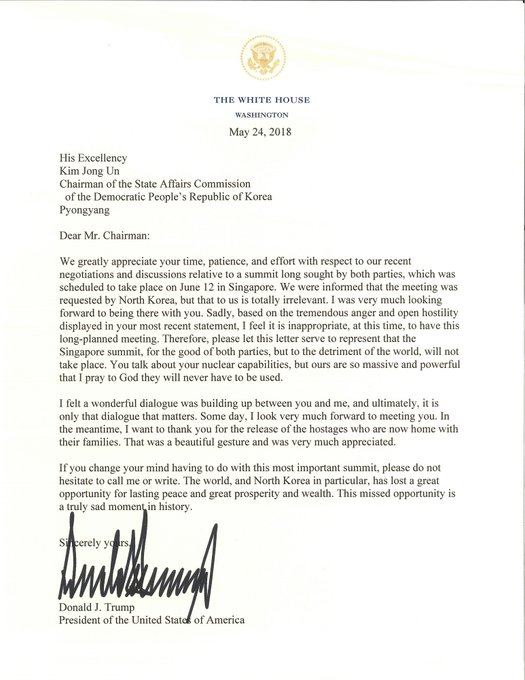