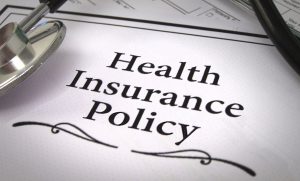 For the last 40-some years, my wife and I have had health insurance obtained through our (later just my) employment. For the last several years, this took the form of a very generous retiree plan. (I acknowledge a degree of privilege here – working for a giant corporation that was heavily unionized in the past who made sure their management benefits were always better than the union’s is not an option for most people, especially today.) Toward the end of last year, the company that had acquired responsibility for the plan exercised their right to terminate it. They didn’t cut us entirely loose with no support – they offered us an opportunity to purchase a plan through a private exchange with some assistance from them. The available plans were much less generous than what we had previously, and our share of the premium would have been about $1,000 per month more than what we had been paying.

Colorado is a state that created its own health insurance exchange as part of Obamacare. Some basic research at the exchange web site indicated that, net of income tax credits, we could buy a policy somewhat better than those on the private exchange [1] for about the same monthly price we had been paying before. My wife and I were both going to turn 65 in 2018. “Terrific,” I thought. “We’ll buy a policy from the Colorado exchange to carry us over until we go on Medicare. We’ll handle it ourselves. How hard can it be?” (I have written before that this question gets me into trouble from time to time.)

That was the first mistake. The correct first step is to hire a broker. It doesn’t directly cost the client anything – the brokers are paid by the company from which you buy the policy. A broker would have been able to inform me about my second mistake before I made it. Namely, at least in Colorado, nothing can be done in advance. You can’t apply in December even though you have been notified that your insurance plan will be terminated. You have to wait until the termination actually happens at midnight on December 31. Not knowing that, I applied too soon, so the application was received indicating our status as of early December: still covered by retiree health insurance.

Also perhaps peculiar to Colorado, determination of eligibility and assistance level is not handled by the state exchange itself, it’s farmed out to the counties. This is a consequence of Medicaid determination being done by the counties, and one of the first reasons that you wouldn’t be eligible for the ACA income tax credits is that you’re eligible for either expanded or traditional Medicaid [2]. The counties are allowed, by statute, six weeks to respond to the application. Along towards the end of January, somewhat but not egregiously late, we were notified that we didn’t qualify for any assistance because we were covered by a retiree plan at the time we applied. At that point I fixed my first mistake and hired a broker.

In addition to greater knowledge about how the system actually works, brokers have access to tools denied to us mere mortals. Chief among these is phone numbers that someone actually answers. The number I had to call to ask how my application was progressing ran through a small bit of voice-response hell, then said, “We are experiencing greater than normal call volumes. Please call again at a different time,” and hung up. Every time I called, that’s what I got. Every day for four weeks after I started checking. The broker fixed our application. He filed the mandatory appeal to the county decision. When that was rejected, he dragged people at the state level in. Near the end of February things were fixed and effective March 1 we got the insurance coverage we wanted. Nothing of any medical importance occurred during the two months we were not covered.

In parallel with eventually fixing the benefit determination problem, the county created a new one. At some point, for a day or two, due to a data entry error, the county’s software decided that we were eligible for Medicaid. That error has taken on a life of its own. During the brief period while we were deemed eligible, the software generated a letter telling us we would be getting Medicaid cards soon. Those arrived. Colorado’s Medicaid coverage includes dental care, but the management of that is farmed out to a private company. A week after we got the regular Medicaid cards we got Medicaid dental cards. A week after that we got cards for the Medicaid drug plan Colorado uses. Then, because Mary was inside the window leading up to Medicare she got a letter from the feds that said she was so poor she would be getting Extra Help – the caps are intentional, that’s what they call the program – and her drugs would be dirt cheap.

Two of the questions we researched while looking at our different insurance options was “Which of the exchange plans do our current care providers accept?” and “Which of our current providers accept some form of Medicare?” In addition to the primary care practice we both use, my wife sees two specialists at least annually, one for her arthritis and one to check on a repaired small retina tear. There was one insurer whose exchange policies all three docs would accept; it was the most expensive policy at each of the various metal levels (bronze, silver, gold, etc). Each doc would accept exactly one Medicare Advantage plan, but no two of them accepted the same plan. None of them accepted traditional Medicare. We took this opportunity to return to getting our care from Kaiser Permanente, changing all of our doctors instead of all-but-one. We were with Kaiser for years before an employer insurance change forced us to change providers [3] and were happy with the care.

My wife’s transition from a Kaiser exchange plan to a Kaiser Medicare Advantage plan on May 1 has had its own set of issues. The sign-up application worked. The new insurance card arrived on schedule. Shortly before May 1, she got a notice that her arthritis drug prescription had been refilled. When she went to pick it up shortly after May 1, she had disappeared from the Kaiser pharmacy’s database. She had the prescription number and they were able to track it down after some phone calls to IT. The pharmacy staff was both very apologetic about the problem and eager to write the trouble ticket so they could stick it to IT [4]. Additionally, the first month’s premium that was supposed to be automatically withheld from my wife’s April Social Security transfer was not taken out. This may be related to the Medicaid issue discussed above, and Colorado Medicaid picked up the bill [5].

Modifying the exchange policy so that I’m the only one on it seems to have just worked. I called the broker, he called the state exchange, and a couple of hours later I got e-mail from the exchange telling me what the new premium would be. The county’s e-mail providing the specific tax credit information didn’t arrive until the next day, but that’s been typical. Kaiser is supposed to be advised of the change automatically; I’ll wait a week or so and call member services to see what actually happens.

The next scheduled event is my transition to Medicare in November. Though I’m not betting against some other problems surfacing before then.

[1] In particular, the private exchange plans did not provide “creditable” drug coverage. This is important for people who are about to go on Medicare. ?

[2] Some years back Colorado expanded its traditional Medicaid eligibility. This was done at the request of the state’s Hospital Association. The net effect, without going through the twists and turns that only a budget wonk could love, was to draw down significantly more federal dollars for indigent care. ?

[4] I sympathize with the IT folks. No one ever goes out of their way to say thank you for the millions of things that the system gets right. But when the software screws up due to a bug that has remained uninvoked for years… ?

[5] If it is related to the Medicaid thing, this is the first time that we would have actually received a benefit we weren’t entitled to. A lawyer friend remarked, “It’s all grins and giggles until the fraud charges are filed.” I’m not sure if she’s joking or not. ?

Image credit: From flickr under a free Creative Commons license.