The Ballad of the Outlaw 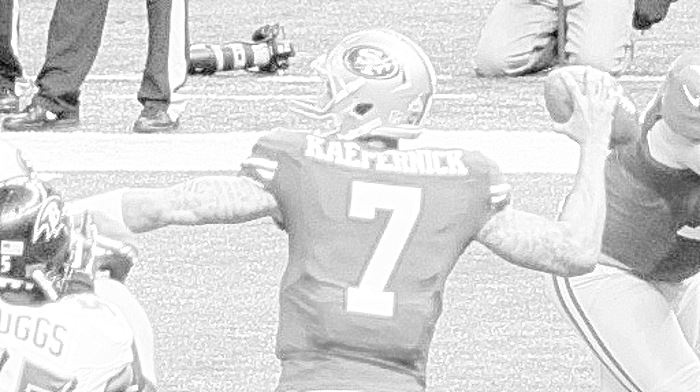 “My nephew was brutally beaten and murdered and nobody is paying for it,” Baker’s uncle, Greg Wilson, told USA TODAY Sports. “Everything is so fresh in our mind, it’s just like it happened yesterday. We’ll never forget this.”

Only Lewis pleaded guilty in relation to the case: for obstruction of justice, a misdemeanor. He originally was charged with two counts of murder but struck a deal with prosecutors in exchange for his testimony against two of his companions that night, Reginald Oakley and Joseph Sweeting.

Lewis never directly linked his two friends to the killings, and they were acquitted. Lewis had testified that Oakley, Sweeting and another man had gone to a sporting goods store the previous day to buy knives. Baker’s blood later was found in Lewis’ limo. Having fled the crime scene, Lewis told the limo’s passengers to “keep their mouths shut.” The white suit Lewis was wearing that night — on Super Bowl Sunday — never was found.

“I’m not trying to end my career like this,” Lewis said in his hotel that night, according to the testimony of a female passenger in the limo.

He didn’t. For his punishment, Lewis received one year of probation and a $250,000 fine by the NFL.

The allegations stem from a night out on Jan. 30. Crowley said Manziel accosted her at a Dallas hotel, a confrontation that continued downstairs to the valet station. She said he forced her into a car and that a valet disregarded her pleas for help.

The two eventually drove to where her car was parked in front of a Dallas bar, she said in an affidavit. She said Manziel got into the driver’s seat and began to drive. Crowley said Manziel stopped when she tried to jump out of the car, but then he dragged her back inside and hit her. {…}

On Monday, an employee of an Austin bar filed a lawsuit against Manziel, seeking up to $1 million in damages. The plaintiff says his nose was broken when Manziel punched him.

NFL executives reportedly think Johnny Manziel’s potential is “off the charts,” according to B/R’s Mike Freeman, as the quarterback attempts to make an NFL comeback. {…}

“My bottom line is that there is no doubt in my mind that someone should sign him,” he noted. “I’ve seen enough of the quarterback skill. His endurance has not been an issue. I’ve never been around Johnny Manziel until this moment in time, but I see a very quick arm. I see very active eyes. He sees things and particularly when he’s on the move, those classic Johnny Manziel plays, I’ve seen those come up here.” {…}

It’s unclear if Manziel will catch on with an NFL team, but if he doesn’t, he’ll likely continue his career with the CFL’s Hamilton Tiger-Cats, who Seifert reported “covet” Manziel. Regardless, it appears Johnny Football will be on the field next season.

More than an hour after the Santa Clara District Attorney Office charged 49ers linebacker Reuben Foster with felony domestic violence, the 49ers released a statement regarding the case.

“The 49ers organization is aware of today’s disturbing charges regarding Reuben Foster,” the 49ers said in a release. “We will continue to follow this serious matter. Reuben is aware that his place in our organization is under great scrutiny and will depend on what is learned through the legal process.”

It remains to be seen how CEO Jed York and general manager John Lynch will proceed with the Foster case, but the organization has not released the 24-year-old linebacker, yet. Last year, the 49ers released Tramaine Brock one day after he was arrested for felony domestic violence.

Foster faces charges of domestic violence with an allegation that he inflicted great bodily injury, forcefully attempting to prevent a victim from reporting a crime, and possession of an assault weapon – all felonies, according to the DA’s report. Foster will be arraigned at 1:30 p.m. in San Jose Thursday.

The Seattle Seahawks postponed a meeting with Colin Kaepernick when he refused to stop kneeling during the national anthem, according to ESPN’s Adam Schefter.

The Seahawks are in the market for a backup QB. Kaepernick has said he would stop protesting against police brutality and racial injustice during “The Star-Spangled Banner,” but apparently he is not willing to guarantee he won’t ever take a knee again. That, according to Schefter, may have scared the Seahawks, who have already parted ways with outspoken activists Michael Bennett and Richard Sherman this offseason.

“The question of how he will handle the anthem this year came up and caused that visit, at the very least, to be postponed, and possibly canceled, depending on how you look at it,” Schefter said on “NFL Live” Thursday afternoon.