On Sunday, March 18, 2018, the Sacramento Police Department received a report that somebody had smashed out a truck’s windows. The SPD sent two officers to investigate, then summoned at least one more set of eyes in the air via helicopter. Upon arriving to investigate, the two officers saw somebody in a driveway, but at no point do they identify themselves. Although ordered to show his hands, the man fled. Police pursued, while the eyes in the helicopter advised that the individual had picked up a “toolbar” and had smashed out a window. The officers cornered Stephon Clark in his grandmother’s backyard. Both officers had their guns drawn. The officers ordered Clark to show his hands, and within seconds, one of the two officers screamed, “Gun, gun, gun!” The officers shot at Clark, ultimately firing twenty times in his direction.

Clark would die shortly after. A subsequent search of the area would reveal neither the reported “toolbar” or the “Gun, gun, gun!” that would justify the officers’ actions.

In a subsequent search, police found a cellphone nearby. Clark’s girlfriend had loaned it to him. It was in a rose-gold colored case and featured a clip for holding onto credit cards. As of this writing, California law does not declare it illegal to be in possession of a cellphone, even a borrowed one. And, even if possessing such a phone were illegal, it would almost certainly not be considered a capital offense.

All of the following has happened since Clark’s murder/execution/killing:

If one had to venture a guess about how Clark’s story is going to play itself out, the most reasonable guess is this: in the usual way. The officers who murdered/executed/killed Clark will be investigated. Local prosecutors will almost certainly declare that they cannot bring charges against the two officers, whose behavior was justifiable because one of the officers believed that Clark had a gun, even if he actually did not. A less likely outcome is that local prosecutors will charge and prosecute both officers, but local juries will end up excusing both of them, using the same, “It didn’t matter that he didn’t have a gun, because they thought that he did have a gun,” justification that local prosecutors tend to use themselves. Clark’s family will then sue the city, which will settle out of court for several million dollars.

Meanwhile, all of the following questions will never be satisfactorily answered:

Before police had shot Clark, before they even knew who he was, they had received a description of somebody six-feet tall, in a black hoodie. One of the more popular images circulating of Clark is this one, below: 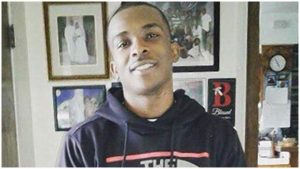 That’s Clark, in a black hoodie. There is something off-putting about the attempt to so perfectly match Clark to the description of the suspect. It is worth noting that the SPD has not clarified if Clark was, beyond being unarmed, actually the man they were searching for. But it is also off-putting because that isn’t the entire photo. That one is cropped, and although it hopefully was not done with any sort of malicious intent, it does not pack the punch that the uncropped original does: 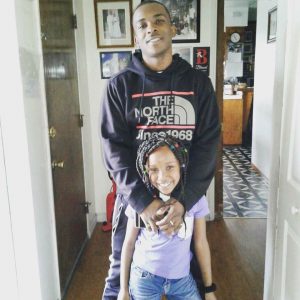 That is Clark with his younger sister. He happens to be wearing a black hoodie.