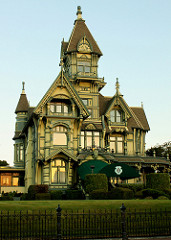 Image by Prayitno / Thank you for (12 millions +) view

[Ho1] This argument would make more sense if housing were a luxury good instead of a necessity. If people need umbrellas, then somebody is going to look at the umbrellas nobody is bidding on and get them because everybody needs an umbrella.

[Ho3] Graeme Archer worries that Tories are going to pay a price over housing costs.

[Ho4] On Twitter, Alon Levy thinks YIMBYism has a chance in the US.

[Ho6] According to Issi Romem, Zillow is driving up the prices of homes and, ironically, making the market stickier. 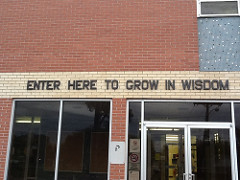 [Sc2] “observed country variations in teacher cognitive skills are significantly related to differences in women’s access to high-skill occupations outside teaching and to salary premiums for teachers.”

[Sc3] This is the thing that really worries me about student debt, not private school graduates who scored six figures of it.

[Sc4] The demographic hump may put universities in the fight for their lives.

[Sc5] While I tend to be optimistic about technology and college, but I’m really not sure Apple would have a whole lot to add to higher ed. Google might, though!

[Sc6] Noah Smith writes about what universities do to make cities great… and what they don’t do. I know it’s against my brand, but it’s unfortunate how many universities we have in small cities while a lot of urban schools are considered commuter afterthoughts. 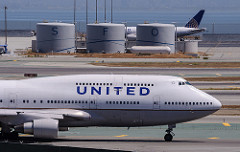 [Wo1] A look at women in management. The good news is that it’s happening more, the bad news is that all the effects of that are not positive.

[Wo2] Sit back, relax, and get some work done without compromising your health.

[Wo3] Maybe all is not lost with the millennials.

[Wo4] I’m really not sure about the conclusion to this piece, but some data suggests young men with college degrees are having a tough go of it in the labor market.

[Wo5] Did whoever came up with this idea get a bonus for it? Or did they get fired? Maybe they got this.

[Wo6] I’m honestly not sure how scalable the West Virginia teachers strike is. It’s a good model for teachers and maybe emergency responders of various stripes, but few are going to have the leverage they are in terms of immediate need and difficulty of replacing. 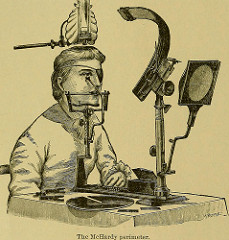 [H2] Kentucky is going down the dark road on eye care and prescription requirements. I have complained about it before. Now I get my glasses from China and they don’t care.

[H3] Medical Economics looks at the lack of emphasis on primary care in our system. It’s…. hard to have a focus there when you don’t have the personnel.

[H4] The framing of this article is awful, but it has a ton of interesting statistics.

[H5] In the shadow of Uber Health, one woman is paying the price for helping people make their doctors’ appointments. 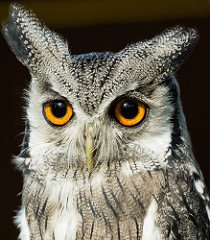 Image by Iain A Wanless

[Ou1] A look at the evolution of whale calls.

[Ou2] I feel like that many penguins living where we won’t go must be planning an invasion.

[Ou3] I mean, I guess I’m sympathetic to the boar, but isn’t this what hunting was invented for?

[Ou5] I have seen the future and it involves therapeutic owls. They have many uses.