A Knock Or Ten Thousand On The Head

Peter Keating wants to know why no one cares about female concussions:

Women suffer more concussions than men in the sports that both play, with an injury rate 50 percent higher, according to the most recent research. Female athletes with brain trauma tend to suffer different symptoms, take longer to recover and hold back information about their injuries for different reasons than males. Anyone involved in sports should have a grasp of these key facts. Yet the leading national and international guidelines for understanding sports concussions and returning injured athletes to play ignore key differences in how women and men experience brain injuries.

Here’s what’s even more stunning: All of that information was public knowledge eight years ago, when ESPN The Magazine first looked at the subject of concussions and female athletes (“Heading for Trouble,” March 23, 2009)-and all of it is still true. The latest studies continue to find that women get brain injuries more often in sports also played by men. But research into why and how is lagging to nonexistent, as are efforts to reverse the trend. Which means millions of female athletes are putting their brains at risk unnecessarily.

“More and more of the athletes I have seen over time are young women, and I’ve found they get less information about concussion from their coaches, and from the media too, than men,” says Jill Brooks, a clinical neuropsychologist who runs Head to Head Consultants in Gladstone, New Jersey, and who in 2004 conducted one of the earliest research reviews of sex issues in brain injury. “They are struggling to deal with their particular symptoms and often not being taken as seriously as they should be. The sports world is much more accepting of girls and women as athletes but still gives the topic of their concussions short shrift.” 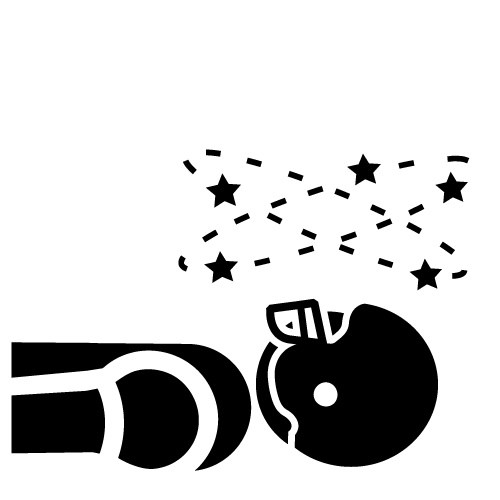 It’s a really good article, and one that I think about as we talk about getting our daughter involved in sports. We need to learn how to take care of our female athletes. I think there’s a bit of a lose-lose situation here that may prevent it from being publicized: We don’t want this to be true. We don’t just want this to be untrue for reasons similar to not wanting it to be true for the NFL, but we also don’t want it to be true because we don’t want to discourage girls from sports, or to feed notions that they don’t belong in it. And more broadly, it draws attention to concussions that occur elsewhere.

It’s one thing – even if a very uncomfortable thing – when we’re talking about how to deal with concussions in a single sport played almost entirely by men. Worst case, no more sport. But really, we’ll probably just expect men to tough it out and give them some better equipment. But a concussion problem over all sports? Affecting females in particular? That will send discouraging messages. It shouldn’t, because there is a continuum of risk, but people don’t understand continuums of risk very well. Especially not when we’re talking about children. Doctors do seem somewhat sensitive to the possibility. In other words, be concerned but not too concerned:

As for athletes and their parents? “Take a deep breath,” he said. “If you’re concerned about sport concussion, the best thing to do is to talk to your health care provider, such as your school’s certified athletic trainer, to understand what is currently being done to assess your child prior to, following and throughout recovery from a concussion. If absent, request a pre-injury assessment based on clinical measures of cognition (memory, reaction time, information processing), balance and symptoms.

“Also, discuss who is involved with your school’s concussion management team and the roles that they play. Parents should be aware of what resources are available to better inform themselves about concussion. If an informational session is being held about concussion or other injuries, plan on attending.”

For now, football is the only sport that has too much to worry about. It’s the only major sport that seems troublesome not for falling the wrong way or some stroke of luck, but playing it to begin with. What I am most interested in is the effects of football in K-12, and to an extent college. That was why Aaron Hernandez’s post-mortem diagnosis was so alarming: He wasn’t in the NFL very long at all.

It should also be pointed out that there are a lot of intermediate steps that can be taken. Only a very small proportion of the contact occurs in games. There are – depending on the level – usually anywhere from 8 to 16 games a season. They last anywhere from 32 minutes to 60 minutes of play. The majority of that time is spent walking or standing around in between plays. The average college or NFL team takes between 60-70 snaps, fifty or so for high school, and that’s about it. At the high school level you do have some players on both offense and defense, so it’s more for them. The number of plays falls dramatically for middle school and youth sports.

Meanwhile, if my own football experience is any indications, practice is a long series of repetition of hits. One. After. Another. There is no clock management, no moving up and down the field. There is less time resting while the other team (offense if you’re on defense, defense if you’re on offense) takes the field. Historically, some teams do recognize the risk of injury and have some pad-free football practices. But even if they avoid some injuries, they risk a competitive disadvantage. A former coach at my school did this and it showed in our performance (particularly in the area of tackling) and when he left for another school he stopped doing it. The Ivy League has limited contact practices to twice a week. Given the competitive elements, it’s something that the NCAA and high school associations around the country are going to need to look at. But if there is a solution to be found, there is a better chance it’s there than it is with calling penalties on certain hits.

The worrisome part, of course, is that we won’t know what works until it’s too late (if it doesn’t work). Either way, I think football survives as a major sport (if not the major sport). What talent we don’t cultivate here, we will bring in from elsewhere to do the jobs Americans won’t do.

Next year starts a new professional rugby league, and we have two expanding lacrosse leagues, though I expect both of them are more likely than not going to suffer from the association with football (the ecigarettes to football’s regular cigarettes). An advantage of lacrosse is that unlike football you can have men’s teams and women’s teams, but that just brings us right back to the issues at the top of this article.