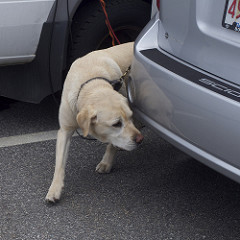 [Pe1] Shifty little boogers, they are.

[Pe2] The CIA gives a little insight into training dogs and what happens when dogs aren’t cut out for the work. While some dogs don’t like working, others really do. RIP.

[Pe3] Even the earliest dogs had leashes, evidently.

[Pe4] I can live without the treat dispenser, but I wouldn’t be surprised to see there being a “pet package” to more of these vehicles.

[Pe6] It’s apparently no longer enough for police to just shoot pet dogs. There must be even more trauma. 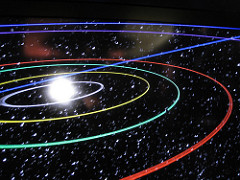 [Sp1] Flat-earthers held their first conference. The problem with the earth being flat is that if it were flat things would be different.

[Sp2] A meteorite lit up the Norwegian sky.

[Sp3] A look at the mysterious space cigar, and maybe a doppelganger solar system.

[Sp4] I’m almost positive this was an episode of Outer Limits.

[Sp5] Teaching the question: Do dark matter and dark energy exist? Thousands of comic book plots depend on them so I hope so. 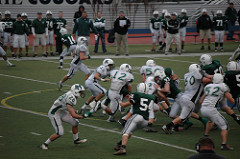 [SG1] Here’s a look at what the CFL is doing to reduce concussions and other big hits. People talk a lot about the games, but I’m pretty sure most of the damage is done in practice. And then after football, then hockey?

[SG2] When you’re on the wrong side of righteousness, you never know when you’re going to provoke vengeance. With a sports angle!

[SG4] If you’ve ever wondered why you are getting the NFL games you’re getting on your local TV, here you go.

[SG5] One bad formula, a lot of ruined soccer.

[SG6] Is Louisville really broken, though? They may be suing their old coach, but he got them into the ACC while rival Cincinnati flounders in the AAC and no scandal can undo that. 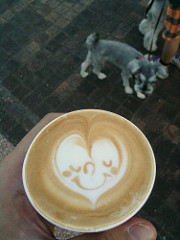 Image by John Prince from Japan

[FD1] This is a really – and nuanced – good take on cultural appropriation and food. {via Maribou}

[FD2] Deep fry it. For the environment.

[FD3] Coffee shops don’t offer WiFi out of generosity. The WiFi is often why we’re there.

[FD4] A court has ruled that the tea must be served and the tea store cannot close.

[FD6] I have long been off-put by plexiglass windows at convenience stores and occasionally eateries, but this is absolute horse-pucky. 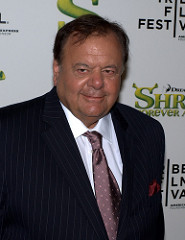 [Po3] William Bradley tries to come to terms with the fact that Frank Miller’s politics are not to his liking and trying to like his work anyway. Must be hard.

[Po4] This cast list is pretty good. Even know he’s old, I think you gotta give the Manafort role to Paul Sorvino. And, at the risk of ruining The West Wing, Martin Sheen would make a really good Trump.

[Po6] The EU makes itself really hard to defend sometimes.