[R1] Amy Wax writes of he joylessness of hookup sex.

[R2] A look at the history of the single vote. The connection to “woke” is tenuous, but the “Wide Awakes” name cracked me up.

[R3] Elizabeth Bruenig looks to a new sexual ethic. I really like her thinking in that the ethics of puritanism and the ethics of consent have both, in and of themselves, failed us.

[R4] Millennials are conducting their relationships differently… and pretty much exactly in the ways you would expect for good or for ill.

[R5] Universities offering courses on dating actually sound like an interesting idea, though the reasons for doing so in Korea are disconcerting.

[R6] If you are going to consider cohabitation these seems like pretty good questions to ask even if you don’t have any philosophical objections or resistance. 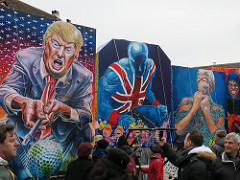 [Po3] If anything should be public domain, the laws we live under should be.

[Po4] The Rise of the Robots section of Hillary Clinton’s book was one of the more interesting parts. She’s still at it. Now that she is (I believe) out of the political game, she should spend more time talking about the things she wanted to talk about because it seemed wrong for a politician to be talking about them.

[Po5] An oldie but goodie on how The West Wing is warping foreign perceptions of American products. Maybe Trump destroyed that?

[Po6] On the Internet, can anyone tell you’re a bot?

[Po7] A look at the neuroscience behind political stubbornness. 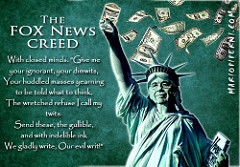 [Me1] Even apart from the sexual harassment allegations, Eve Fairbanks says that Mark Halperin’s influence on modern political media has been devastating.

[Me2] I swear 2016 and 2017 is being written by hack screenwriters. While I think the award was excessive, and while they are enjoying a bit of a renewed appreciation, I still don’t lament Gawker’s passing.

[Me3] This was bound to happen at some point: An ousted reporter is suing back.

[Me4] A few years ago Gabriel Rossman wrote about the niche partitioning of media and how economics of scale don’t apply to media.

[Me5] As Twitter has revealed over and over again, when newspeople are free to speak their minds, they say everything they thought they had been taking pains to conceal.

[Me7] Well this didn’t work out as well as intended. 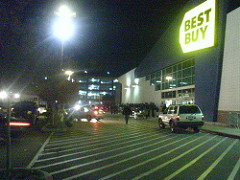 [Bu2] Do you believe in magic? UK water companies do!

[Bu3] DRM was, perhaps, doomed from the very beginning.

[Bu4] What cities are doing to win Amazon over. The biggest innovator? Fresno!

[Bu5] Is Black Friday dead? Or has it been shifted to Thursday? I was at Walmart on Thanksgiving night because I needed some melatonin and a toothbrush and there were about 10,000 people. I have a proposal: How about instead of everybody shopping on Thursday, we start the sales on Friday instead?

[Bu6] The beautiful chaos of the bike-rental business in Europe. 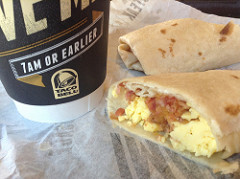 [Fo1] A look at the potential environmental benefits of deep fat frying!

[Fo2] Taco Bell always one step ahead of society.

[Fo3] Rethinking fishery policy by looking at effort instead of haul.

[Fo4] The Curse of Jared? What’s happened to Subway?

[Fo5] I’m game, but I think we’ve probably gotten all we’re going to get from food labeling (which turns out to be next to nothing). This might have some possibilities, though can’t really be forced.