Flying Solo in Front of Company

Content notes: Not to be read out loud at work. Unpleasant subject material. Also, language, though that’s the least of it.

Have you heard of Mike Cernovich? He’s the man Donald Trump Junior said should win a Pulitzer Prize. He is a professional advice-giver to men on how they should be more manly. Here he is describing himself in action:

Anyone who has dated Indian girls know how annoying they are, and how hard they are to close. I knew this girl wasn’t going to let me fuck her in the back seat of her car, and that she was going to require some secret moves.

“My dick hurts,” I told her, as I unbuttoned my own jeans, exposing it to her. She looked at it but didn’t move.
“You aren’t just going to leave me like this, are you?” I pulled her hand towards me, but she pulled it back.
Indian girls are selfish teases, and she would have no problem leaving me hanging.

“Fine then. I’ll take care of it myself.”

Often finding myself in sketchy situations, I wear a tight American Apparel ribbed tank top under my shirts. It comes in handy when you need to clean up bodily fluids.

She drove me home, and parked her car, “I don’t want to risk a DUI,” she said, and walked upstairs with me.
The next morning I had one of those, “Does the notch count if…” discussions with my boy.

“Hey, man,” I asked, “Does it count if you get it halfway in, but can’t get it all the way in, because she’s too tight?”

He’s taken the piece down; here’s the archive of it should you choose to delve further.

I think it’s fair to say that Cernovich isn’t really asking himself what his date’s hopes and desires are and how he can help her realize them. He’s trying to have sex and is resentful that she “wasn’t going to let me fuck her in the back seat of her car.”

So, he masturbated instead. She apparently didn’t feel comfortable enough to stop him, so he succeeded, I guess.

But we know from recent reporting that men are capable of worse. He could have forced himself on her. He reports he didn’t. While he doesn’t care enough about consent to want to let her make decisions about what they do, he does care enough not to actually pin her down.

Never mind why they do this when they're not supposed to… I don't even understand why they want to do this at all. I mean, even assuming sexually transgressive rule-breaking… why *this* rule? https://t.co/nUuhmKS9Su

Perhaps I am projecting based on my preferences, I would suggest it is not. I assume that, like Cernovich, they would rather have had sex with these women, but knew that would be wrong without them saying OK. It’s worth noting that Louis CK is a woke comedian and has some bits about women and the threat of violence they face. He’s supposed to be one of the good guys who gets it. If you ignore the damage he’s done to real live people, it’s a neat trick he’s done. He’s impressively confessional about his faults, talking honestly about his attempts to do good always foiled by himself. Yet, the confession wasn’t complete.

At the time, I said to myself that what I did was okay because I never showed a woman my dick without asking first…”

And yet the stories also include him asking a woman to fulfill what he imagined to be a harmless scenario with the woman left untouched so many times that she relented just to get him to stop. While it’s better than assault, it’s far short of ethical behavior, and I don’t think it’s one I can forgive even as a dedicated fan. 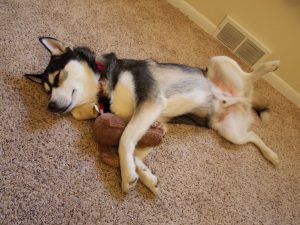 These odd behaviors, I’d suggest, are a result of libertinism intersecting with some minimal (and insufficient) code of ethics. These people believe sex is normal. They believe they can do what they want with their own bodies. They think consent can be bargained for and extracted as if playing Operation. And they believe it is OK as long as no one present is screaming for them to stop.