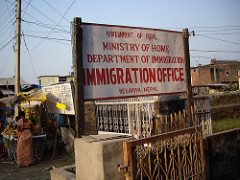 [Im1] Sam Bowman makes the case for arguing about immigration. Arguing with people who disagree with you on immigration is probably better than blithely dismissing them.

[Im2] Borders between countries and walls between families.

[Im3] Television has a tendency to portray Latino immigrants as criminals.

[Im4] As we look at what happened in New York and reconsider the Diversity Visa program, here is a look at another beneficiary of the program who stopped a terrorist attack.

[Im5] I’m not sure I can think of a more efficient way to breed anti-immigration resentment.

[Im6] Speaking of immigration and housing, the new New Zealand government is coming down hard against foreigners who want to buy existing houses. Some perspective from someone who immigrated to New Zealand.

[Ho1] Houses are getting bigger, but yards are getting smaller. That seems likely better than the other way around.

[Ho3] Gavin Newsom has some ideas to alleviate housing costs in California and they’re not all bad! And maybe not a moment too soon.

[Ho4] Rhiannon Bury argues they can mitigate London’s housing shortage by building over railways. A quarter of a million homes!

[Ho5] Though often cited as a positive example, it turns out maybe rent control hasn’t worked in Germany, either.

[Sp1] Dwarf planet Haumea – the oddly shaped one – has a ring.

[Sp2] NASA has a plutonium problem, but it’s working on it.

[Sp3] The mystery of the neutron star collision… solved?

[Sp4] I’ve lost track of whether or not we think Planet Nine exists, but NASA just sent out an indication of yes?

[Sp6] We were a mistake. All of us. Everything.

[Sp7] The Pope chatted with some astronauts. 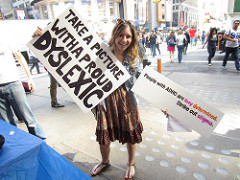 Image by Eye to Eye National

[Hc2] There may be a new way to straighten teach, and Orthodontists are trying to put a stop to it.

[Hc3] Pascal-Emmanuel Gobry explains how a ton of our healthcare spending is being wasted.

[Hc4] This is really exciting! Dyslexia is one of those we don’t even know how common it really is, in part because we don’t know how it works. I’d always assumed it was strictly a brain thing. 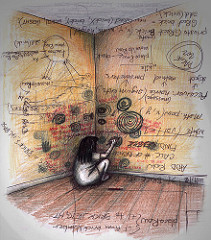 [SC2] Here’s an interview with one of Kevin Spacey’s victims. And rumors from two years ago. Russell/Daniel has some things to say about a Slate article trying to minimize what Spacey did.

[SC3] In addition to being generally “crimes against women” should we actually think of sexual assault more as crimes against the young (PDF)?

[SC4] From Sam: Diana Moskovitz’s evisceration of the disbelief women endure in media is worth stopping everything to read. {Related}

[SC5] What… what precisely does Bernard Godard think rape is?