A little while ago, it was announced that Coca-Cola was getting rid of Coke Zero.

If you like your Coke Zero exactly the way it is now, it might be time to start stockpiling it.

On Wednesday, Coca-Cola announced plans to stop selling Coke Zero in the US in August, replacing it with a beverage with a different recipe, design, and name: Coke Zero Sugar.

In any event, I took the article’s advice and stocked up.

It turns out, this was a bad idea.

One thing I sometimes forget is that unlike regular soft drinks, diet soft drinks go bad. They take on a bitter or acidic taste. This can happen over time, or whether stored in heat. Something to do with NutraSweet, my wife says. 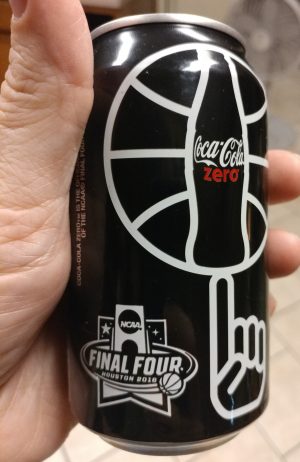 Another thing I hadn’t thought about is that when they’re swapping out a product, chances are they actually stopped making it at some point before so that they could have stock of the new stuff ready. Makes sense! But it also means that any of the original stuff you get is probably going to be closer than usual to the expiration date. At best. At worst, they apparently found some cans from 2016 at the bottom of some stockpile and decided “It’s now or never.”

The end result is that I have three cases of Coke Zero left that aren’t worth drinking. The one from 2016 is as bad as you would expect. The other two are from this year, but expired a few months ago and you can just start to taste it.

I’ve heard some pretty bad reviews of the new stuff, but it’s still likely to be an improvement.