The Men Who Can Kick You Off The Internet 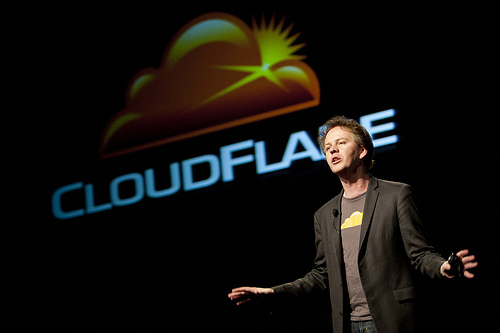 A lot of rightward commentators are suddenly really concerned about the power of big corporations. Specifically Google and the like. Tucker Carlson wants them treated like a utility.

This could end up presenting a problem for some of them, as now they’ve demonstrated a degree of editorial control:

Yet in a time when hate-spewing “alt-right” groups are using the web to organize violent demonstrations, previously obscure tech companies have come under mounting pressure to police those pipes. In May, Vocativ’s Sara Morrison blasted the hosting company Squarespace as “the web platform of choice for the alt-right,” noting that it appeared to be ignoring its own policies against bigotry. That same month, ProPublica took aim at Cloudflare for the services it provides to the Daily Stormer in an article headlined, “How One Major Internet Company Helps Serve Up Hate on the Web.” The piece exposed a particularly troubling practice in which Cloudflare passed on to the Daily Stormer the names and email addresses of anyone who complained to Cloudflare about the site’s neo-Nazi content. Several of them were subsequently harassed and threatened. Cloudflare later told ProPublica it would amend that policy.

But Cloudflare’s CEO, Matthew Prince, had until now staunchly maintained his right to work with even the most incendiary clients, including the Daily Stormer. “A website is speech. It is not a bomb,” he wrote in a 2013 blog post defending his company’s relationship with a Chechen site accused of fomenting terrorism.

The EFF comes down against the tech giants:

Domain registrars are one of many types of companies in the chain of online content distribution—the Internet intermediaries positioned between the writer or poster of speech and the reader of that speech. Other intermediaries include the ISP that delivers a website’s content to end users, the certificate authority (such as EFF’s Let’s Encrypt) that issues an SSL certificate to the website, the content delivery network that optimizes the availability and performance of the website, the web hosting company that provides server space for the website, and even communications platforms—such as email providers and social media companies —that have the best social media reporting tools allow the website’s URLs to be easily shared. EFF has a handy chart of some of those key links between speakers and their audience here.

The domain name system is a key part of the Internet’s technical underpinnings, which are enabled by an often-fragile consensus among many systems and operators. Using that system to edit speech, based on potentially conflicting opinions about what can be spoken on the Internet, risks shattering that consensus. Domain suspension is a blunt instrument: suspending the domain name of a website or Internet service makes everything hosted there difficult or impossible to access. The risk of blocking speech that wasn’t targeted is very high.

Domain name companies also have little claim to be publishers, or speakers in their own right, with respect to the contents of websites. Like the suppliers of ink or electrical power to a pamphleteer, the companies that sponsor domain name registrations have no direct connection to Internet content. Domain name registrars have even less connection to speech than a conduit provider such as an ISP, as the contents of a website or service never touch the registrar’s systems. Registrars’ interests as speakers under the First Amendment are minimal.

The EFF makes a decently strong argument for some of the most top-level stuff. Domain registrars and the like. It gets dicier when it comes to hosts. Functionaries like Cloudflare have an even less strong case. But is any of this even a question? These organizations have every right to do what want, right? The EFF is a bunch of hippies! Carlson is being a partisan hack for suggesting otherwise because free market! Every instinct I have is to agree with that. They get to do whatever they want, for whatever reason they want. Freedom! But you know who’s having second thoughts? Matthew Prince, Cloudflare’s CEO:

Earlier today Cloudflare terminated the account of the Daily Stormer. We’ve stopped proxying their traffic and stopped answering DNS requests for their sites. We’ve taken measures to ensure that they cannot sign up for Cloudflare’s services again.

This was my decision. Our terms of service reserve the right for us to terminate users of our network at our sole discretion. My rationale for making this decision was simple: the people behind the Daily Stormer are assholes and I’d had enough.

Let me be clear: this was an arbitrary decision. It was different than what I’d talked talked with our senior team about yesterday. I woke up this morning in a bad mood and decided to kick them off the Internet. I called our legal team and told them what we were going to do. I called our Trust & Safety team and had them stop the service. It was a decision I could make because I’m the CEO of a major Internet infrastructure company.

Having made that decision we now need to talk about why it is so dangerous. I’ll be posting something on our blog later today. Literally, I woke up in a bad mood and decided someone shouldn’t be allowed on the Internet. No one should have that power.

[Cloudflare employee’s name redacted] asked after I told him what we were going to do: “Is this the day the Internet dies?” He was half joking, but I actually think it’s an important question. It’s important that what we did today not set a precedent. The right answer is for us to be consistently content neutral. But we need to have a conversation about who and how the content online is controlled. We couldn’t have that conversation while the Daily Stormer site was using us. Now, hopefully, we can.

I’ll be publishing a blog post with all our thoughts on this issue in a few hours. Until then, I’d ask that you not talk about this externally.