Linky Friday: There Will Be Concussions 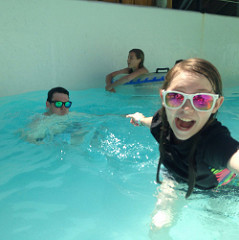 [Ed1] Lain is too young for The Homework Wars to be a concern, but I do lean mildly in favor of limiting it. I am probably too far off in the Leisure Time direction, though.

[Ed2] It’s not just Missouri. The good news back home Southern Tech’s applications are up 80% since 2009.

[Ed3] Frances Coleman says save our summers! I think we should do away with summer vacation, but there is a definite tension there.

[Ed4] This says more about the state of our education system than it does about HBO’s plans.

[Ed6] Jesse Singal writes about Mindset Theory, and how it may be falling apart. Well, maybe overhyped, anyway. 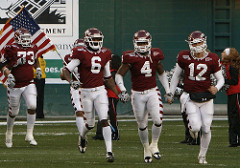 [Fb1] The jersey number aspect of Temple’s plan is less interesting than basically requiring the players be their friend.

[Fb2] I go back and forth on whether Charlotte or Georgia State is embarking on the most quixotic quest for a relevant football program. Georgia State has a new (well, repurposing an existing) stadium and is the #3 school in its state, but Charlotte has the better conference affiliation.

[Fb3] Why are there so few black head coaches in college football? Well, it’s a story that starts early… 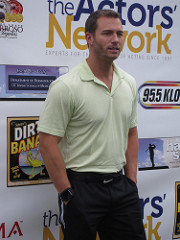 [V1] In addition to the actions of the white supremacists and some of their opponents, it seems to be violence could have been prevented by the authorities. But they dropped the ball and their excuses aren’t holding up.

[V2] The Jewish history of the Nazi’s favorite shirt, the polo shirt.

[V3] Meanwhile, in San Fransisco Nancy Pelosi is leading the charge to pull the permit for the Patriot Prayer group, whose leader actually had some pretty harsh words for the folks in Charlottesville.

[V4] I think I’ve mentioned this before, but my wife’s personal safety has been threatened a handful of times, and all but one of them involved prescriptions she didn’t write.

[V5] {Ominous music}… the perfect murder? (Despite being convicted?)

[V6] How to make excuses for prisoner torture, in Russia.

[V7] How our military is exporting coups. 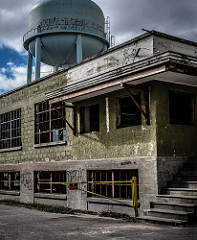 [L1] While we’re talking about sexism and google, they may have a much bigger discrimination liability.

[L2] This seems both natural and disturbing.

[L3] In the age of three felonies a day and the potential to upcharge, defendants may never stand a chance.

[L4] It’s… interesting… that among groups that take care of strays, PETA is unusually aggressive about putting them down.

[L5] For-profit Charlotte Law School may be shutting down.

[L6] At a certain level of scrutiny, there may be enough for a lot of us to be institutionalized. My wife has worked in systems too far in each direction and one too far in both. It’s a tough issue. 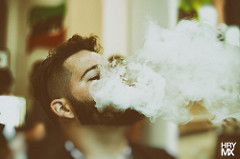 [H1] It’s me and The Nation vs the world on the left’s newfound fixation on Single Payer. They go pretty far out of their way to avoid basically saying that everybody is using the wrong term.

[H2] A hard won victory has been won in allowing bone marrow donors to be compensated. Well, in this case, it was more of an avoided loss, but still.

[H3] Jacob Sullum takes a stand against the planned low-nicotine initiative by the FDA. It’s worthy of investigation (which is all that’s been committed to), but there are definitely some concerns. {More}

[H5] We need more people to get cancer. Wait, that came out wrong…

[H6] As the US pivots towards ecigarettes, the UK is going all in. Meanwhile, the EU has decided to re-evaluate its draconian (though less draconian than Obama’s) ecigarette policy only after its most pro-vaping member leaves. Relatedly, this seems like a good place to mention back on August 21st I passed four years of smoking cessation.