People are their Histories

My daughter is the best climber in her class. I’m not bragging. It’s just a fact. And it isn’t even close. There was a climbing party and she easily climbed twice as high as the other kids and tackled walls others wouldn’t attempt. In fact, it turns out many kids don’t want to attempt rock climbing at all at her age.

I don’t know her genetics. Maybe her biological parents are professional climbers, but the base rate at which climbers exist in China suggest that is unlikely. She has no other areas where her athleticism is the least bit remarkable other than perhaps being a bit less strong, fast, or coordinated than her peers in all non-climbing areas.

A much better explanation for her success is that I’ve pushed her for fully half of her short life to climb. I took her to the gym to do some bouldering. She didn’t do it, so I got her a [amazon template=image&chan=ot main&asin=B00SW8CJME] harness and we did top-rope climbing. It turned out she liked that. But she’s still a little kid, so we’d go, she’d climb a wall, do a bunch of other stuff that wasn’t climbing-related and then maybe climb one other time. I still took her there because I wanted her to have a Positive Experience in the gym and associate it with having fun. If she can’t put in the years, she can never be good.

It worked. I eventually got her to take direction. Move your left foot up. Grab that with your right hand. Use your feet. Swing your body up.

Now she can just go. The tepidness is gone. The fear is gone. She can’t climb everything–no one can, but she knows basically what to do. This is unusual among five-year-olds.

It seems obvious to me that her competence as a climber is wholly attributable to my actions. If I had taught her piano instead, she’d be good at that. I didn’t.

What is obvious to me is lost on everyone else though. Other parents think she is talented. Her teachers are impressed with her risk tolerance and talk about it as if it were an inborn personality trait instead of something I built into her over time. Her own mother at times wonders if she has some sort of innate talent for climbing despite her knowing the full history of my actions.

People know that you get good at something by practicing. They will wonder why you are making so obvious a point. But they don’t seem to deeply accept it. When someone does something complicated, it seems like magic to them. When someone speaks another language, they think they could never do that. When someone plays an instrument, they marvel. When someone dunks a basketball, they scoff at the idea that they ever might have done the same. Indian spelling bee champions are magical as is anyone doing mathematics they haven’t bothered to study themselves.

In truth, all of these things are usually the result of plodding progress over time. It isn’t eureka or an apple falling on your head. It’s effort applied consistently over years on a daily basis.

One more time: Skills resulting from work applied consistently over time looks like genius to others who haven’t done the work.

Genius these days is universally taken as genetic genius. People will go through considerable contortions to believe this is responsible for things it cannot be responsible for.

When you meet someone who is good at computer stuff, it is unlikely that their competence was built into genetics. Some of it trivially is. My dog can’t so much as use a mouse. But neither can people who’ve never used computers.

Potential has to be developed to have any real effects. This is news to no one, but somehow many people don’t seem to fully understand the consequences of this idea.

I exposed my daughter to climbing early, and she became a climber. I will expose her to engineering early, and she will become an engineer. I mean; she might not if she is content to break her daddy’s heart. But I will teach her some critical facts and ideas before her classmates are exposed to them, and she will feel good about being good at those things. She will make a boy cry because she beat him. And when it comes time to choose what she wants to do with her life, she stands a good chance to pick the thing that makes her feel smart and valued. 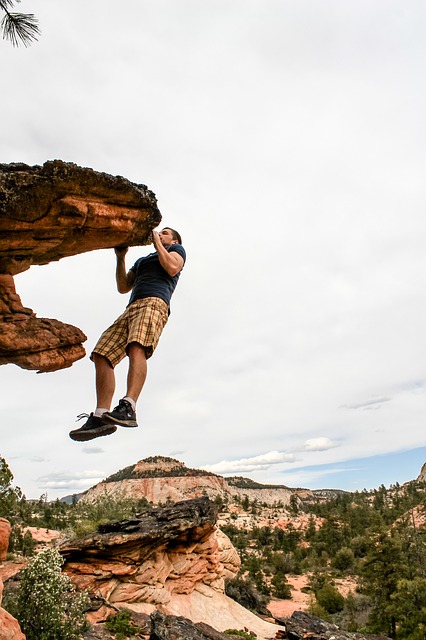 Meanwhile, long after she has found her place in the other world, plenty of people will continue to point to sexual dimorphism and say she is an outlier on the distribution and that most women prefer to work with people rather than things and that this is solely responsible for the lack of women in her field. She will be hand-waved away as a two-sigma outlier.

In truth, most people are average. Relative to others, they are weakly influenced by their genetics. In contrast, they are strongly determined by their histories.

People are their histories. If you want to raise good spear-throwers, you need only people singularly committed to throwing spears, not a breeding program. The former gets you LeBron James. The latter gets you Yao Ming. The opportunity to hone your craft against others seeking to do the same is more valuable than genetic endowments.

This isn’t to say it is impossible that there is something about black DNA that gives the average black man a tiny bit better than the average Chinese man at shooting baskets. What I do know is that any such difference is nigh invisible when compared to the privilege of playing against the players LeBron James grew up playing against. He’d be nothing without his history.

I’d suggest we attribute excellence in any endeavor to what the people have actually done en route rather than small, speculative differences in biological potential.