[R1] Russell Moore wants Christians to know that religious freedom also applies to non-Christians! This genuinely seemed better understood a decade ago than now, though we’ve always had problems with it. Nic Bourbaki has more.

[R2] Somewhat relatedly, here’s how Roy Moore tries to square his belief in religious freedom with the belief that it doesn’t extend beyond Christianity.

[R3] This complaint ties into conversations we’re had around here about religion in television. There are Muslims on TV, but not usually especially observant ones. There are Jews on television, but same deal. Even protestants. The main exception seems to be Catholics, and even then when they meet their priest there’s usually a line about how they stopped going to church.

[R4] Lyman Stone says that the emptying of Mainline churches may have some serious political implications.

[R5] A look at St Louis Park, the Jewish hub in the Twin Cities. 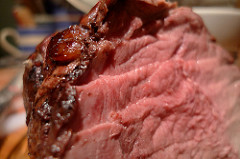 [F1] Don’t worry, there is no restaurant bubble.

[F4] This “food hall” thing seems both snooty and appealing and I’m not proud of that.

[Sp1] Huh. Trying to turn gaming into a traditional league with cities and everything.

[Sp3] There’s no shame in it, in my opinion. Should the day come when I need Rogaine and Rogaine might help, I’m definitely not too proud.

[Sp4] Ryan Locthe was cleared. Do we care? Should the “left wing sports media” have any regrets?

[Sp5] We didn’t just have the Negro Leagues here, but Japan did its own thing. Maybe we have more to learn from them. 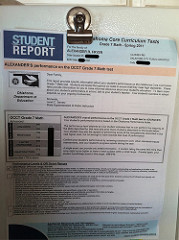 [Ed1] Freddie is really worried that provocations in the culture wars are about to lead to a massive defunding of higher education.

[Ed2] Jonathan Wai argues that the SAT is too easy, and selective schools should look to something harder. The argument makes sense, but I suspect the selective schools like the ability to pick between identical scores even (perhaps especially) if that is unfair to the disadvantaged.

[Ed3] Meanwhile, SAT scores are actually going down, while GPAs are going up. That 38% figure for the nineties contradicts my experience, though. Not just in my school, but in others as well. In any event, this is a problem for those that want us to stop using the SATs altogether.

[Ed4] Learn your Bible, and other works of religion.

[Ed5] This article on Texas Instruments’ “staggering monopoly” in high school mathematics is interesting, but I can’t see through the nostalgia. I never had a TI-8x because my parents got me a Casio, which I am still bitter about to this day. (All of the good games were on the TI.) 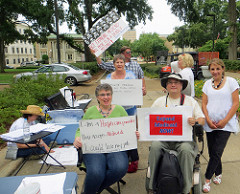 [H1] There are drugs to help avoid opioid overdoses. We need them badly and more than ever and the pharmaceutical companies know it.

[H2] Laura Hercher writes about genetic testing and its consequences.

[H3] It looks like propylene glycol – apart from simply not being burning tobacco when vaped – may have health benefits. I actually turned out to have a bit of a reaction to PG, which I only discovered as I switched to more VG-centric ejuice.

[H4] Be this as it may, I would still probably rather have Medicaid than nothing. 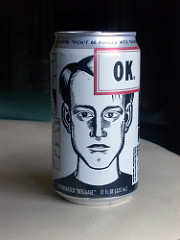 [Ec1] Orly Lobel talks of companies poaching employees and poaching IP from competitors. It can be an awfully thin line sometimes.

[Ec2] Even so, this is a pretty huge step back for Idaho, which needs all of the competitive advantages it can handle. Idaho has a talent surplus, but it does employers no good if they can’t come in and hire people.

[Ec3] We associate anti-globalization with the populists and the masses, but increasingly economists aren’t so sure.

[Ec4] Postmodern advertising (going all meta) has become a thing, but Coca-Cola built an entire brand around it.

[Ec5] Freddy (not Freddie) writes in defense of corporate paternalism.