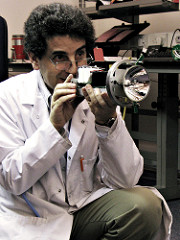 Image by Phil and Pam

[Sc1] I don’t understand why more people don’t take stuff like this seriously. It must be because they dislike science and intelligence.

[Sc3] Honestly, I don’t really know what this means, but the pictures seem cool.

[Sc4] To fund research, some scientists are starting to have to get creative.

[Sc7] There may be a deregulation (well, a lifting of some of the constraints) of social science research. 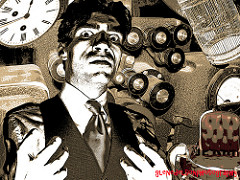 [T2] This is either really neat or really dystopian and I’m not sure which.

[T4] Thomas Winslow Hazlett says that we could have had cell phones much sooner if only the government had allowed it.

[T5] Leon Neyfakh says that we can get rid of air conditioning and it wouldn’t be too bad. All we’d have to do is almost entirely change the way we live our lives (and where we live).

[T6] The New Atlantis looks at virtual reality and abstract imagination spaces as a moral ideal. 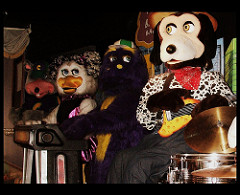 [F1] Introducing the dog-eat-dog world of the chicken we consume.

[F2] Lyman Stone argues that avocado toast is ruining everything.

[F3] In an April’s Fools prank gone wrong, PETA unleashed something horrible upon us.

[F4] Building a better cow. Or, at least, a less flatulating one.

[F5] Don’t start a fight with a pig unless you’re ready to finish it. Also, wear a cup?

[F6] Matthew Walther explains how Chuck E Cheese is one of the best bars in America. {Counterpoint}

[E1] A look at the future of the hydrogen economy. I very much like “scalable” and “low cost.”

[E3] Are we looking at a solar energy trade war?

[E4] Is it a paradox? Or just a matter of not snorting your own stash?

[E6] Trump wants to build solar and wind stations on his Wall. I still think the key is Taco Bell franchises (because, obviously, “run for the border.”) 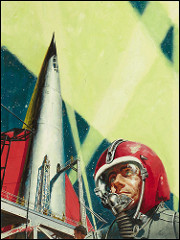 [Sp1] Looking for life on Europa.

[Sp3] This is a supervillain origin story, I’m pretty sure. This one may be, too.

[Sp4] Brianna Rennix wants to know why libertarians seem to own space fantasies these days.

[Sp5] This article on the gravitational force of Earth is interesting. That picture, though, is freaky as heck.