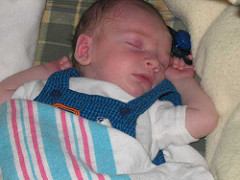 [C1] German Lopez interviews someone that says we can’t blame the War on Drugs for mass incarceration. Xenocrypt has been calling this (and making other interesting observations) for a while.

[C2] Stephanie Cohen wants more juvenile delinquents to read. Well, wants them to be made to read.

[C3] As best as I can tell, this story is legitimate. Which makes it interesting that it seems to have picked up almost exclusively by rightward tabloid outfits. (Daily Mirror, a leftward tabloid, being the exception.)

[C4] This is one of those plots they put on a legal show as comedic relief to the main, darker plot.

[C5] Ruth Graham looks at collisions between church, medicine, and the law.

[C6] A case of mistaken identity. 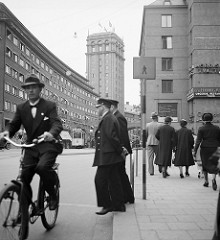 Image by Swedish National Heritage Board

[H1] Yes, but would it still be worth living?

[H3] Sweden has figured out how to prevent people from dying from smoking, and tobacco control advocates will never forgive them for it.

[H4] OF course, the greatest trick they’ve pulled off in the US is for tobacco to become a class issue without being considered a class issue. Once you’ve done that, there are no more competing interests to get in your way.

[H5] If we’re worried that Trump is losing his mental faculties, there are better ways to test for it than remote diagnosis over television sets.

[H6] The ethical questions here are manifest. This isn’t the only area where “What if knowing less is more?” comes into play.

[H7] To be honest, I worry more about antibiotic resistance than I do climate change, but maybe I just need to have a little more faith. 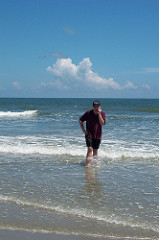 [L2] Walmart would like its employees to do it a favor, while their driving home anyway. I would like them to specify how the compensation is going to work.

[L3] This is pretty much every bored dayjobbers dream.

[L4] WordPress is closing its gorgeous San Francisco office because nobody was using it.

[L5] Jane the Actuary is skeptical of the concept of self-insured family leave.

[L6] This is a cool story not only because Flamin’ Hot Cheetos are good, and because it was a janitor that came up with the idea, but because the janitor was actually rewarded.

[G1] Adam Ozimek touts some of the reasons that property taxes are better than Georgian land taxes.

[G2] Some of these lists of ways democracy is different overseas are simply a product of having a Westminster system and at least one of them applies to many states as well.

[G3] Benjamin Straumann argues that republicanism, in the classical sense was something of a smokescreen during the founding of the United States.

[G4] Turns out, it’s not so difficult to start up a shell company. Even for a cat.

[G5] CapX looks at attempts to disrupt poverty by moving people around.

[G6] The Courier looks back at Scotland’s smoking ban, ten years in. Bar owners have not been pacified.

[M1] I wonder if Sling and some of the others are going to carry the new CNN spinoff channel.

[M2] Bill deBlasio sounds like Donald Trump when talking about the media, but it’s totally different.

[M3] I have long wondered if Law & Order SVU has been the scripted TV show with the most deleterious effect on society. James Shanahan and Michael Morgan argue that – for reasons similar to my views of SVU – all sorts of television lead to Trump.

[M4] If we were to pass a law saying something like “No non-competes unless you’re paying the more than $75k a year or giving the an option for a stake in the company” I would be okay with that.