A couple years ago, Kevin Williamson wrote a good piece on anonymous adoption:

Both Pennsylvania and New Jersey are considering laws that would unseal previously sealed adoption records, stripping away guarantees of confidentiality that almost certainly were in many cases a critical consideration. The state legislature in New Jersey already has passed its version of the law, which awaits only the governor’s signature, and Pennsylvania’s legislature is widely expected to follow.

There is a great deal of mush-headedness related to the issue of adoption. A less sentimental and more realistic view is that the relationship between biological parent and biological child is precisely that: biological. It’s of no more real significance than the relationship between organ donors and recipients. But we live under the tyranny of pop psychology, and the promise of a life-changing “reunion” – as though there could be a reunion between people who have never truly met — holds a certain promise to people who believe that something is missing in their lives, a hole in the soul that can be filled only by somebody with whom one shares half of one’s DNA. 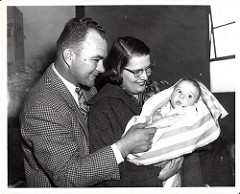 He goes on to talk a bit about the options that biological parents and adopted children do have, and the problems that occur when there is a unilateral desire for reconciliation.

In part due to my aversion to abortion, I am inclined to agree with him. I think open adoptions are great, but they are not great for everybody. I fear that women knowing that they can put the child up for adoption and then leave that chapter of their life behind makes it a more attractive option than it otherwise will be. Others want an open adoption because they don’t want to leave it behind and, for the most part, they have that option as well. There is a significant surplus in parents seeking to adopt babies (as opposed to adopting children that are not babies, where supply outstrips demand), which gives birth mothers a lot of leverage over the situation.

The counterargument is that it’s precisely because the parent has so much leverage that sealed adoptions are so unfair. This is true, but given that the mother gave the child life, I believe they’ve earned that leverage. Especially when there is such a deadly alternative available.

Further, past the point of birth, it is the parent that will pay a greater price going forward. If there is the possibility of a child turning up on their doorstep any day, that is something they may have to disclose to future partners. They may have reluctant future partners, horrified husbands, angry parents who would say that they’d have taken care of the child. The child may be missing the story of their biology, but the mother’s life runs a real risk of being upended. This imbalance stacks up pretty heavily in favor of the mother. 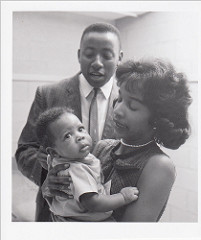 Ultimately, though, the tide is going the direction it is going. I expect more states to follow the leads of Pennsylvania and New Jersey and for that to become the norm. I fear fewer families that want to adopt babies will be able to do so, and I expect it to result in more abortions than would otherwise occur (though hopefully other factors continue to bring that rate down).

In the shorter term, it’s unfortunate that the rules are changing from under the feet of the women that – in my view – did make the right decision to put the child up for adoption. They did so with an understanding that there would be anonymity and that they would be able to get on with their lives. So even if I were to be supportive of a shift, the threshold for doing it retroactively ought to be higher than it is.

All of this even applies to medical data, where the argument for disclosure is the strongest. Williamson states that you can get a lot of what you need these days through genetic testing, but it seems to me that family history and such might provide a stronger guide of where to look for things. I am open to increasing disclosure requirements going forward on that, but apart from discreetly asking, I am reluctant to do so retroactively. If the lack of an open birth certificate is preventing adopted children from getting other important documentation like passports, that is something important we should find a way to accomplish without relinquishing anonymity.

Granted, this is all easy for me to say since I know who my mother and father are, and I know my biological lineage. Williamson doesn’t, and it could be said that it’s easy for him to say because he doesn’t especially care to. I would indeed have quite a bit of difficulty telling someone with tears in their eyes sharing with me the hole in their heart where knowing their origins should be, but for me it’s just not quite that simple. Sometimes everything comes down to undesirable options. 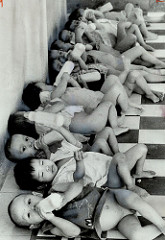 Much of this also applies to laws that allow mothers to abandon their newborns at fire-stations as well. Such a choice could actually be a workaround for some mothers on this, as you can’t produce a birth certificate if it’s not known where the applicable birth certificate is. Of course, that choice can leave the child with no records with regard to family medical history and the like, which is a step backwards from where we could be, but it still provides biological mothers and parents with options and might help push the needle.

Adoption is a very tough decision for any woman or couple to make. Short of giving them gobs of money (at least, I think short of that), I favor doing anything we can to make them more comfortable with that decision.

We could investigate the handful of states that have open adoption rates and especially those that have opened them to see what effect, if any, it has had on adoption rates. Kansas and Alaska have never had closed rates. Like most red states, they have really low abortion rates, but I know little of the adoption rates and in the case of Kansas most of the population lives near a state line. This applies to many applicable states, including Oregon, New Hampshire, and others to a lesser extent. Abortion rates have fallen (and not risen) in states that have opened adoptions… but they’ve fallen almost everywhere (and the rate of the fall is usually related to other factors such as how high the rate was to begin with – further to fall – and perhaps anti-abortion legislation). None of this really touches the retroactive aspect of the laws, though.

I suspect, however, that the debate has ultimately already been settled. Those that favor open access to birth certificates have a strong emotional argument and the biological parents are, by definition, less likely to step forward and make their case. It is also just intuitively wrong to a lot of people to keep such records out of people’s hands. So, for good or for ill, I suspect sealed adoption will become a thing of the past.