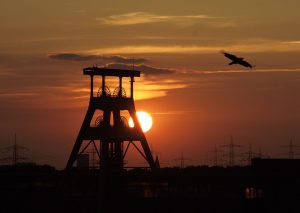 Some have expressed exasperation with the post-election focus on coal miners given what an infinitesimally small proportion of the economy they are. Hillary Clinton was caught flatfooted (and somewhat out of context) talking about putting miners out of a job. It arguably played a role in flipping Ohio and Pennsylvania. How does all of this happen when there are more haberdashers in this country than coal miners?

The answer is that most of our discussion about coal miners doesn’t actually involve coal miners at all. Coal miners are avatars in the discussion. To some liberals, they are a part of an environment-destroying machine who absolutely must be deployed elsewhere that they would cause less damage. Very few of them actually have a problem with the miners themselves, though they do for various reasons have problems with their livelihood. Conservatives, of course, rally behind mineral extraction for a variety of reasons. Coal miners are up there with oil drillers as providers of essential national resources.

While for George W Bush it was about energy, for Trump it is far more about labor. Not just the (relatively few) jobs that mining provides for, but for what it represents along with factory work as something the fat-cats and ninnies just won’t let us do anymore. Liberals have taken note that it also represented a college-free ticket to the middle class that doesn’t exist anymore, for a variety of reasons included a new economy, de-unionization, the need for ever-more education, and so on. Some say it with a sense of glee, more with a sense of compassion, most with a sense of inevitability. Trump argues that nothing is inevitable and other Republicans point out that if it’s so inevitable do we need to seal it with these regulations anyway? Trump will fight for the factory jobs while other Republicans are willing to let them go, but when it comes to energy jobs everybody is on board for one reason or another.

Meanwhile, on the ground, a lot of it is about a prevailing sense of order. Not even necessarily a good order, mind you, but one they are at least familiar with, comfortable with, and can respect. 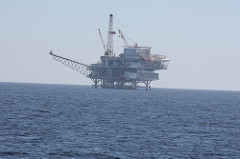 Last fall, my wife’s Uncle Duke was talking to his nephew (her cousin) about what he planned to do. The nephew, Jerry, has been working an offshore oil rig. Jerry had grown somewhat tired of that and was looking at going back to school and getting a master’s degree. Duke wasn’t too sure about leaving a steady and somewhat well-paying job to go back to school. He asked Jerry if his current employer was going to keep his job open for him. Jerry replied that the entire point of the enterprise was not to have that job anymore. Get off the rig, get into managing or directing the people who go to the rigs.

This really rubbed Uncle Duke the wrong way on what seemed to be a fundamental level. Going back to school and getting a degree and the office job over people – many of whom had been working on those rigs a lot longer than he had – was a form of cheating. It’s cutting in line. Sure, you get to escape the misery of being separated and working in difficult and unpleasant conditions often with difficult and unpleasant people, but in that misery is honor, and you can’t graduate from it if you never did it. The good and appropriate thing to do is spent at least five years working the rigs, then maybe if you worked hard you earn a place inside. Duke is very educated himself and had no objection to getting an education, but he still believed that worth needed to be defined by hard work and grit. 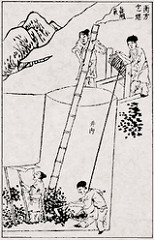 You know who works hard and has grit? Of course you know. Coal miners. The point isn’t people who professionally work in the mines to extract coal. The point is that a lot of people believe something is terribly wrong with an economy that doesn’t have a place for that. But the miners themselves? They’re avatars. Symbols.

As it happens, throughout the Duke and Jerry conversation, I was myself far more sympathetic to Jerry’s point of view than Duke’s. I felt like there was something Duke just didn’t quite get about the new order. And I failed to see any sort of obligation on the part of Jerry not to take advantage of the opportunities that he had.

At the same time, Duke’s sense of order is why boomtowns make me so giddy. While it wasn’t what Jerry wanted to do, I love the fact that there are opportunities for people who are willing to work two weeks a month for sixteen hours a day. When I was in college in the 90’s, there were amazing opportunities for traveling IT people that paid well if you were willing to work hard and sacrifice. After college, there were contracting jobs in the middle east if you were willing to put up with some danger along the way. A couple years ago there was North Dakota. Places where workers are needed so badly that HR doesn’t even think to put up BS education and work history requirements, and they have to pay well. I hope never to need to take advantage of such an opportunity, but I am relieved when they are there and anxious when they are not.

I don’t know what there is right now. There’s nothing about it that has to be fossil fuels. If people are redeployed installing solar panels or building dykes to protect the cities in Florida against catastrophe, that’ll do the job well enough. But for a variety of reasons – such as sudden flashes of money and the need for a lot of people where a lot of people don’t already live – a lot of it does tend to revolve around mineral extraction. Democrats have tried to push environmentalism on this basis – green jobs, etc – but it hasn’t yet taken. People haven’t seen it work the same way they saw coal and oil work work. 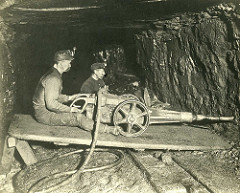 Historically, coal mining has been extremely dangerous work. The pay has often been good, but not always. Setting aside the level of environmental degradation associated with coal, the story of copper mining out west is not dissimilar. The mining companies were hated. The jobs were often miserable and usually dangerous. It was a story of conflict strikes and Pinkertons and dynamite. And the worst part was at the end, when the jobs were no longer there anymore.

These sentiments are often understood as wrong, destructive, and irrational. The better way to understand them, however, is as symbolic. No matter how you look at it, there are no easy policy prescriptions. We can explore it as a question of right and wrong, because they’re against the environment and you’re for it, but that mostly misses the point. Exploring it as a Culture War issue might get us closer to it, though most likely puts liberals on the wrong side of things politically. I would instead explore it as a question of values, which may or may not make it easier to solve, but at least puts it into a language where it is best understood. At the least, it’s more explanatory than a couple of charts.