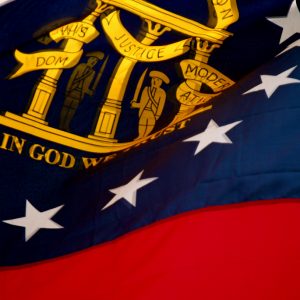 In a little over a month, there will be a special runoff election in Georgia between Democrat Jon Ossoff and Republican Karen Handel. Despite getting within a couple points of winning outright, there is a pretty decent chance that Handel, who didn’t even clear 20% in the general, will overtake him. If this happens, there is a good chance we’re going to hear some commentary that runoffs are bad and, indeed, racist. I sincerely hope Democrats resist this temptation.

The argument for “runoffs are racist” is pretty straightforward. The only place they really exist is in the South, and when the South has a peculiar institution, it’s rarely good. Sure enough, one of the early reasons for having a runoff was to prevent African-Americans from electing people. Boom. That settles it, right? Southern institution? Check. History with racism? Check. They should get with the times and do what the rest of the country does, right? Ossoff should have been the legitimate winner!

Not exactly. And even if Georgia didn’t have runoffs, there’s no guarantee that Ossoff would have won last month anyway.

There is an argument in favor of doing away with runoffs, and that argument is that political party officials should have more rather than less power. When special elections occur in jurisdictions without runoffs, the political parties usually get together and select candidates and so you usually have a two-person race. We saw this just recently in Kansas. The #BanPrimaries part of me loves the notion, but the systems guy just can’t get on board with it. In this case, the party establishment would likely have chosen Handel anyway, giving us the exact race we’re looking forward to on June 20. If Handel wins that one, there’s a solid chance she would have won the first one.

The counterargument to this is that runoffs tend to have lower turnout, and lower turnout tends to favor Republicans. This is indeed an argument against runoffs and in favor, perhaps of ordered balloting, or Instant Runoff Voting (IRV). In that case, everybody who voted in the first round would have had an easy time voting between the two primary candidates because it all would have been on one ballot. If we assume that everybody who voted for a Republican would have voted for Handel and everybody who voted for a Democrat would have voted for Ossoff, then Handel would have won. That’s not necessarily a safe assumption, however. In fact, I would probably give the edge to Ossoff due to ordering fatigue as Republicans get tired of numbering all the way to 11 for each of the 11 candidates. Some would have simply done three or four and never would have gotten to Handel. While almost all the Democrats were with Ossoff already. On the other hand, knowing this, the Republicans may have found a way to prevent there from being 11 candidates to begin with.

While I am generally fond of IRV, in cases like this I do favor traditional runoffs. Instant Runoffs are best for elections where you have 3-5 candidates, and the more candidates you have the worse IRV does because people lose track of all of the candidates and the major candidates may not get the scrutiny they should. This would also have been an issue in the Republican primaries, where I did favor IRV but only due to the state-by-state nature of the system which makes traditional runoffs harder to digest. If we ever were to have a national primary, I’d prefer two-round voting of some sort.

The proper way to look at this is through democratic process rather than who it benefits. From a democratic-process standpoint, the desire of the south to avoid allowing a minority segment of the population from choosing the winner is reasonable. The same runoff system that prevented them from doing so prevented the KKK from choosing in Arkansas. Runoffs would also prevent the National Front from taking power in France without a much broader support base than they presently have. It would likely have prevented LePage from taking office in Maine. It might have prevented Rick Perry’s 2006 re-election. It could have prevented Todd Akin from being the Republican nominee for the Senate. Some of these outcomes you may approve of, some you may not, but when you change a process you don’t get to pick and choose when it applies, usually.

There are things you can do to tweak the results one way or another. California and Louisiana both have blanket primaries, of sorts. California holds theirs during primary season which allows the runoff to coincide with the general election calendar. Louisiana holds their blanket primary on election day, leaving the runoff a greater risk (and, to some, perhaps, a benefit) of being a low-turnout affair. And obviously some states make voting easier than others. How these issues with runoffs are Handeld, however, is a different question than whether or not runoffs should occur. And they are separate questions from the special election runoffs in particular.

The strongest argument against runoffs is the turnout issue, which both IRV and plurality victor systems avoid. Related to that is that it contributes to ballot fatigue. This is an issue for almost all special elections, though certainly moreso for two-state elections than one. And though it’s worth paying money for democracy, they usually do tend to cost money. To the extent that we are concerned about these things, however, I would propose a different solution: Abolish special elections. Let state parties choose placeholder congresspersons until the next regularly scheduled election.