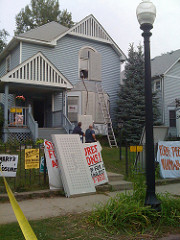 [H1] I’m intrigued by group housing options, though at some point you have to be concerned about the combination of choosing your housemates and anti-discrimination law.

[H3] When canaries stubbornly don’t die: I keep waiting for this to happen and it keeps not having happened.

[H5] In a piece that will seem familiar to us down south, Max Fawcett wants Canadians to let go of the dream of nigh-universal home ownership.

[H6] These are also neat, though I’m not sure what advantage the hexagon provides. 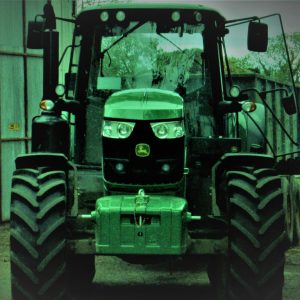 [L1] Jonathan Taplin thinks it might be time to break up Google and Ryan Cooper says it’s crushing the Internet. I’m not sold on the notion that their advantage is any more substantial than Microsoft’s (I think it’s less), and that problem took care of itself.

[L2] About the only argument I can see for John Deere (and like companies) is that they have a reputational stake in their own equipment and if people hack the system and open it up for hacker exploitation or system failure it negatively reflects on them. I don’t especially buy it, but it’s there.

[L3] David Newhoff argues in two parts that copyright isn’t really restraining culture in the way its critics claim. Though I disagree, credit to Newhoff for tackling one of the hardest aspects of copyright law to justify (duration).

[L4] The story of dollars and cents and the creation of Spinal Tap, which may be landing in court.

[L5] I have mixed feelings about this one. It’s better than one likely alternative, but nonetheless incredibly unsatisfying. But… it’s probably a good thing in the overall?

[L6] Whiplash are we all taking a bath on account of a myth?

[W1] Arizona is cracking down on licensure boards while Idaho is going in a different direction.

[W2] Baron Schwartz looks at how he revamped his hiring process. I’ve never been an attractive enough employee that any company tried to sell me on them (or their culture) to begin with. I did take a personality profile test once. The interviewer (president/CEO) yelled at me for the answers I gave, but then hired me anyway.

[W3] This corresponds with my experience and with the intuitive notion that government pay is on a flatter scale. In ruralia, government jobs are the best and there are lines and lines of people who want them. But in Colosse, they’re kind of meh. And the higher up the economic ladder you get, the more that working for the government is something you do for reasons other than monetary. Clancy has been looking at that as a possibility, and the biggest question is the pay cut.

[W4] Wondering whether or not a coworker has a crush on you, and whether you have a crush on them, may be distracting you from your work. Employers are on it.

[W5] Brookings looks at men who have dropped out of the workforce and why. There’s at least a kernel of a Boost the Minimum Wage argument in there. 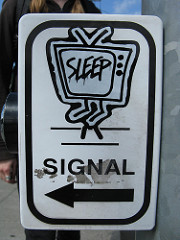 [B1] Stoicism: Behold, the power of indifference.

[B3] This is kind of cool: Opposite words you didn’t know existed.

[B4] Shane Parrish looks at Albert Einstein, the non-essential, and the essential.

[B5] Behold the positive power of daydreaming. Sometimes I wonder if I spend too much time listening to audiobooks while doing stuff, taking up time I used to spend thinking about stuff.

[B7] This seems right. Really, there’s nothing that doesn’t go better with more sleep.

[A1] Like Robinson Carusoe, as utopian as can be…

[A3] Matthew Franck looks at Huxley, Plato, and the scientific regime. I finally consumed Brave New World last year, and there were aspects of it that seemed more familiar than 1984.

[A4] A thirty-minute, silent production of Crime and Punishment.

[A5] Inglorious Basterds was an okay movie, but the opening scene is truly amazing. I even showed it to my wife, without any intention of showing her the rest of the movie.

[A6] The terrible, tacky art of Moscow.