Baseball, baseball, baseball. I’m sitting here after playing 3 Bases Loaded games, watching an Astros game and now writing an article on the digital home version of what used to be America’s Pasttime. Maybe that fever is back a little, now that the Cubs finally walked away with the title last year. I am a little torn on how well this game really translates to a video game, and I’ve seen many takes on the slow brew sport.

I usually start this by going right into the games one by one, but I want to try something different this time. The games on display this week is Bases Loaded 2, 3,  and 4. Starting in 1988 and going till 1993, Jaleco tried something different with this series, tried to emulate the actual televised experience by showing the action from a different angle. Another first is their take on batting, which I happen to find frustrating and nit-picky. Not only can you pitch from one side of the plate to the other, but they incorporate up and down as well and while that’s nothing new for readers of last week’s article, it’s still just as aggravating across each of the games. I tried and tried to get hits, to very little avail; not nearly the avail I would hope from an arcade baseball game. Another strange take for this series is the angle of the field. First it was pretty normal, but the players were very small. Then as of 2, they flipped it sideways, which felt awkward and somewhat cumbersome to adjust to. Thankfully, by the 3rd game this had switched yet again, this time they flipped it over and what was the home base to throw to, now was 2nd and vice versa: this made for a lot of awkward throws. This game suffers, as all of them do, with how to make you aware of the outfielders. Usually the ball went long and I tried to shove my d-pad over whatever direction I thought my outfield was coming from. Sometimes I was right on, most of the time I was not. Fly balls are never routine in these old games, and it was always a shortcoming. I could tell this was a common complaint, because in the 4th iteration, there was suddenly a way to see your outfielders position in relation to the ball when a hit was made. While this worked reasonably well, I still felt like there was a better option, but of course I’m that kind of guy who likes to criticize without actually offering solutions. It just doesn’t seem to work as well I would like, and I still prefer the experience games like Baseball Simulator 1.000 were able to offer.

Speaking of creation options, these games seem mostly lacking. The 3rd version actually had a create team option, but it was just one of the teams, and you couldn’t even name the team (it was just called Edited). That was gone by version 4, and I could see why since it seemed so lackluster. Actually, 3 introduced a few features, like trying to make the perfect game, so it wasn’t just about winning, but about trying to win with style. Gone was the pennant all together. It all makes me shrug. Give me a good baseball game with creation options above and beyond. Without official sponsorship, the created teams offered always felt lackluster, creation is what really makes it personal. I have a hard time believing I would stand behind many of the players and feel invested.

The graphics overall seemed to get better and better, with shading and animations getting smoother and better defined from the first game. The players on the field went from oddly tiny to actually having some animation and much more graphically interesting. The main issue I had with all of these games was really the control. I didn’t get a clear sense how to pitch well or how to bat well, while my opponents wiped the floor with me. I can almost equate this experience with my time with Madden football games. I liked the arcade feel of Tecmo Bowl or Blitz, the way anyone could pick it up and play it without having to master every nuance and yet you were still rewarded when you did get acquainted with it. Madden always seemed too complicated, to the point where it seemed to require many hours of practice to get good enough to actually have fun. I know those games are well-loved in their circles, but I suppose a game that tries to go for a simulation feel over an arcade feel tests my patience.

I mean, I can’t complain too much about the system Bases Loaded went with in terms of actual complication: it’s not that bad. But when you can’t seem to get anything to land for hits over multiple hours, it starts feeling like maybe it’s just not all that well-made. There were 4 of them, so they had to be doing something right, or maybe they were just going through the motions. I feel about the same about all these games, as with everything they added they took away something else. It would be nice to see a game always build on their strengths and add new elements. It’s hard for me to recommend any of them, but maybe you would enjoy the Jaleco style. To me, it’s merely and just only alright. Try it! 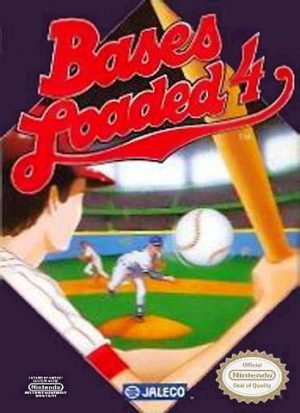 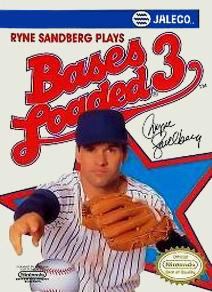 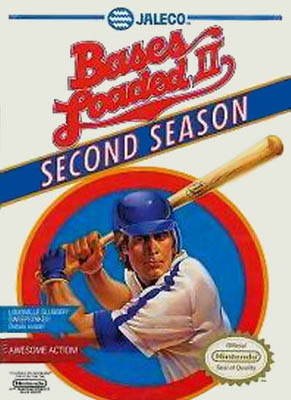