Suppose that there are two competing shops located along the length of a street running north and south, with customers spread equally along the street. Each shop owner wants to locate his shop such that he maximises his own market share by drawing the largest number of customers. In this example, the shop itself is the ‘product’ considered and both products are equal in quality and price. There is no difference in product to the customers. Therefore, each customer will always choose the nearest shop because there is no difference in product or price.
One shop
For a single shop, the optimal location is anywhere along the length of the street. The shop owner is completely indifferent about the location of the shop since it will draw all customers to it, by default. However, from the point of view of a social welfare function that tries to minimize the sum of squares of distances that people need to walk, the optimal point is halfway along the length of the street.
Two shops: halfway
Hotelling’s law predicts that a street with two shops will also find both shops right next to each other at the same halfway point. Each shop will serve half the market; one will draw customers from the north, the other all customers from the south.

This idea has been extended to political races by Anthony Downs. People are thought to make their voting decisions based on which viable candidate comes closest to representing their own preferences.

Parallel to the above logic, both major candidates’ positions will converge on the median voter’s position. Or at least they will campaign that way, fighting to grab that median voter content that everyone to their right or left will behave predictably.

All theories are wrong, but this theory in particular seems importantly wrong. Namely, people don’t vote.

A year ago, Tess in these pages made A Desperate Plea for a Renewal of Citizenship. That and a lot of other much-more-expensive efforts collectively garnered these results: 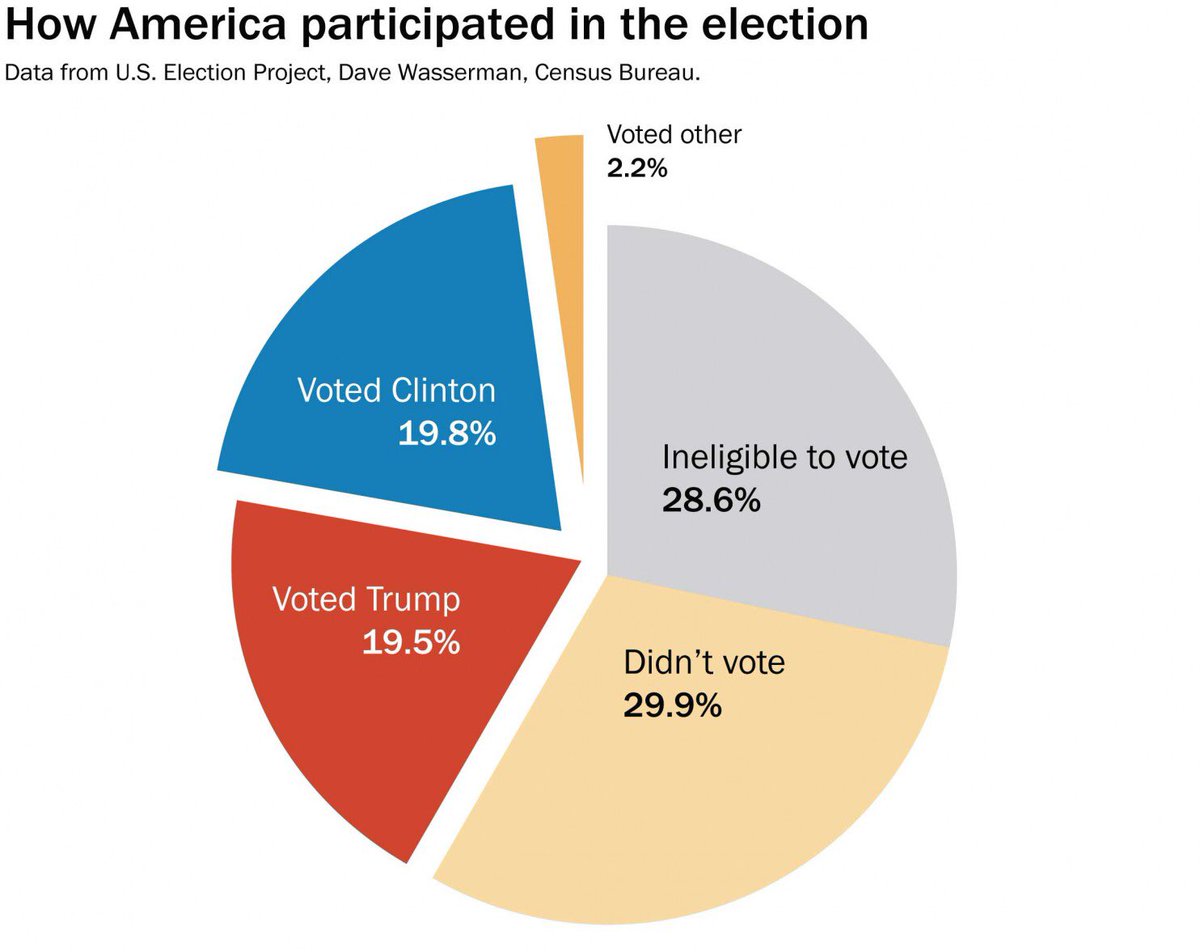 If staying home were on the ticket, it’d be president. 1

But in real life, voters aren’t getting off the couch to buy. These people cannot be treated as an error term. They exist, and their behavior is important. If you have a mathematical model, that predicts who people vote for, it also needs to predict who doesn’t vote. If you have a model that predicts what percentage of the population votes for which candidate, it also needs to predict what percentage does not vote.

Not voting is often chalked up to laziness, indifference, kooky conscientious objections, and other undesirable attributes a person may have.

I submit one other. Namely, large swaths of the voting-eligible population, do not feel they can be adequately represented by any candidate running. They live to far away from any store, so they just don’t buy. Even if they decidedly prefer one candidate to another, they may not be able to vote in good conscience for the better candidate because the distance between their own views and that of the candidate’s is too vast.

Though his objections seem quaint now, this is roughly the logic articulated by Conor Friedersdorf when he refused to vote for Barack Obama in 2012:

I am not a purist. There is no such thing as a perfect political party, or a president who governs in accordance with one’s every ethical judgment. But some actions are so ruinous to human rights, so destructive of the Constitution, and so contrary to basic morals that they are disqualifying. Most of you will go that far with me. If two candidates favored a return to slavery, or wanted to stone adulterers, you wouldn’t cast your ballot for the one with the better position on health care. I am not equating President Obama with a slavery apologist or an Islamic fundamentalist. On one issue, torture, he issued an executive order against an immoral policy undertaken by his predecessor, and while torture opponents hoped for more, that is no small thing.

What I am saying is that Obama has done things that, while not comparable to a historic evil like chattel slavery, go far beyond my moral comfort zone. Everyone must define their own deal-breakers. Doing so is no easy task in this broken world. But this year isn’t a close call for me.

He wrote this despite preferring Obama’s policies to Mitt Romney’s.

Robert Wright would not let this stand and refused to refuse to vote for Obama:

this isn’t a movie, so I have a hard time ignoring the consequences of (implicitly) encouraging would-be Obama supporters to nullify their votes and thereby increase the chances that Mitt Romney will be our next president.

Wright would have Friedersdorf vote strategically. But for something as wrapped up in questions of morality as politics, strategic voting comes at a heavy price. However quaint they seem now, Friedersdorf’s qualms about Obama’s stances on civil liberities were real. Even knowing Romney would be worse, voting for Obama would feel like it’d cost a part of his soul.

In art criticism, the aesthetic quality of the work matters less than what our opinion of the art says about us. In politics, the policy doesn’t matter; it’s what our vote says about us. 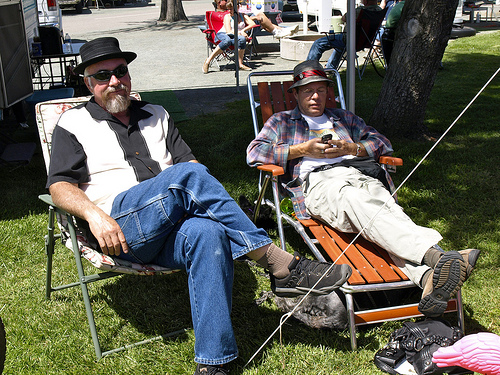 Voters don’t just choose which option is better. They choose an identity. Most people now seem to believe the Democrats ran a bad presidential campaign in 2016, but one thing they got right was the tag line “I’m with her.” Voting is an affirmative act. I read a surprising number of friends express “I’m with her,” and I think this did something to encourage the reluctant to vote for Clinton. But there were still more who weren’t with anyone.