Objects Have Free Will; People Don’t

I.
I love Rube Goldberg machines. I can watch the same one repeatedly. Why are they so appealing?

It’s tempting to say that we watch in appreciation of the care and artistry put forth by the creators. We marvel at their technical achievement. I think this is wrong.

A well-constructed Rube Goldberg machine sequence has drama. It has points of improbability where you think it isn’t going to quite make it. There are points when something subtle is happening that is important to the action but you don’t notice it until it’s already triggered the next step. In fact, these are the sorts of things that define a good Rube Goldberg machine.

A comparatively bad machine would be the simplest: falling dominoes. Watching dominoes fall is entertaining too, but it’s more difficult to create memorable sequences solely with dominoes.

There’s a paradox to my claim that Rube Goldberg machines are about drama: they are deterministic. They are made to work. They are carefully, meticulously refined to work. The drama that we feel—the tense moments and the doubt—are illusions. To fully enjoy them we have to, only if momentarily, compartmentalize our knowledge that there is a creator.

Does that sound far-fetched? I don’t think it should. That’s, after all what we do with any work of fiction. The author constructs a sequence of events. There are things you want to have happen. A typically enjoyable work is when you find these things unlikely but they end up happening anyway despite setbacks and doubts along the way.

But again, this is all artificial. In fact, it is *more* artificial than a Rube Goldberg machine. The machine is constrained by physics, and the creator (in a true Rube Goldberg machine) can’t make changes after the initial mechanism is set. Most authored works, however, are not so constrained. Authors can literally make it all up as they go. The drama is only imagined. If you want real drama in work intended as entertainment, I think you may be stuck with sports.

II.
I’m going to use the word “narrative” to refer to fictional, authored works. These could be novels, plays, movies, TV shows, or a great other number of things. But not Rube Goldberg machines.

One obvious way that such narratives differ from Rube Goldberg machines is that the latter purposefully eschew conscious, decision-making actors, while the former always has at least one. Narratives usually have people in them. And the people are supposed to make choices.

The choices confronted are supposed to be nontrivial, and they are supposed to appear to matter. Perhaps most narratives fails on one or both of these. Either the choice is obvious (even if it involves going down a difficult path) or the consequences of the choice are negated by subsequent events.

There’s a paradox that emerges when comparing real-life Rube Goldberg machines to fictional narratives. We feel as if free will is possessed by conscious entities (usually people). So, fictional narratives are often compelling even though everything about the actors is scripted in advance by the storytellers. Harrison Ford just once went off script 40 years ago on a line that didn’t matter in a movie and people still can’t stop talking about it. 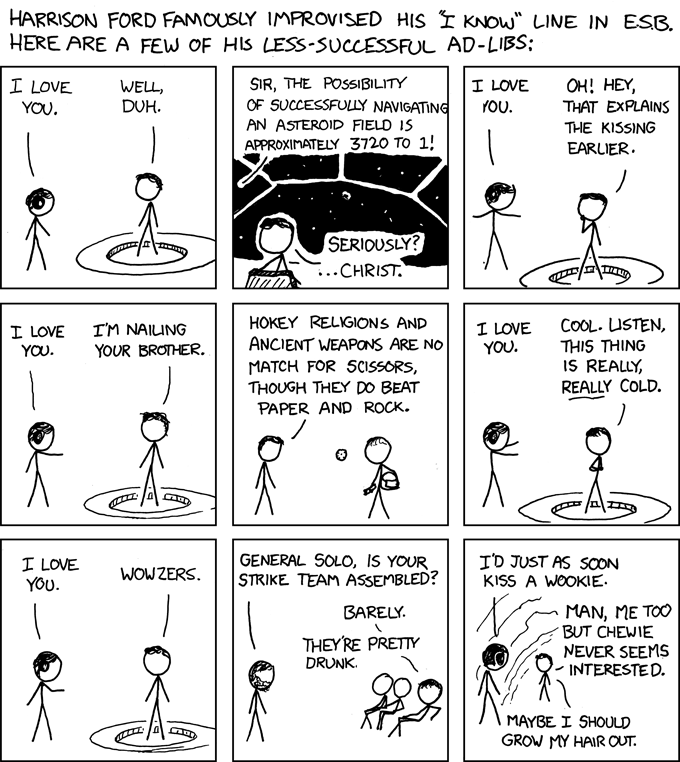 In contrast, physical objects feel like they don’t have free will, so most people see Rube Goldberg machines as entertaining but lacking choice. But this is also a lie. If you watch how Rube Goldberg machines are made, they require exhaustive iterations for even the most trivial machine. None work on the first try. Even dominoes are fickle creatures that seem to have their own will that contravenes the intentions of those who carefully place them.

A mint, precisely-manufactured domino packs far more surprise than a professional actor. To watch Die Hard is to watch Bruce Willis do all the things someone wrote down that he should do in a pre-planned sequence with repeated off-camera breaks. All the decisions he makes are artificially constructed illusions.

Reality television deserves a callout here. Though reality television often puts people in silly situations, the actions of the participants are ostensibly theirs and not a master planner’s. You might hate the Bachelor, but the person on camera is at least making a genuine decision.

IV.
[Note: Skip to section V to avoid huge The Hunger Games spoilers]
Even though narratives are intended to preserve the perception of free will, they don’t always succeed. The example of this phenomenon covered ably by The Last Psychiatrist and less ably by me is the Hunger Games movies.

When Katniss volunteers to take the place of her sister Primrose in the first movie, what sort of choice is that?

Even if we accept the story’s premises, is Katniss’s choice difficult? What kind of person would she have to be to not volunteer to go in her helpless sister’s place? Isn’t this lack of choice a crucial element to Panem’s dystopia?

Katniss’s is a constrained choice. To the extent that it seemed to be a dramatic choice, it was illusory. She was going to volunteer more surely than one domino will be knocked over by its predecessor. 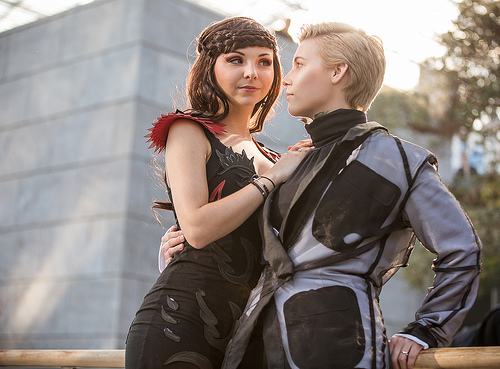 In the final movie of the series, Mockingjay Part II, Katniss finally appears to make consequential choices. She chooses to take it upon herself to assassinate Panem’s president. This results in people being killed. As I watched, I imagined writing that Katniss in this last chapter finally becomes a grown up making grown-up decisions with grown-up consequences.

But then, on reflection, could she really have chosen not to do so after all that had happened? Could she have waited out the rest of the war as a mascot? Was that truly a plausible option?

V.
Is this holding narratives to an impossibly high standard? How many heroes make decisions that are real when held to such a stringent standard? Don’t most of the characters in most movies choose in whatever way the narrative demands? How could you avoid this?

I’m inclined to say this line of critique is not unfair even if it is unforgiving. Maybe most narratives are just bad in this way and people are just not very good at identifying them as bad because actors do such a good job of making their choices seem genuine even when they are straightforward, and there’s all that music in the background to convince us that big things are happening. This is among the reasons we can watch historical narratives where the ending is already known, and we can consumer narratives we love over and over again. When you see an opera, you are typically expected to read the whole story beforehand so you know what is going on. This rarely dampens one’s enjoyment.

To engage with a narrative is to momentarily forget it is a narrative. You can know intellectually that Die Hard is a movie, but you can’t think “I am watching Bruce Willis pretend to do things” at the exact same moment that you are rooting for his character. You must suspend disbelief.

If you still can.