Dear Desis, We Don’t End Up Winning This

Dear Desis,
Judging from Indian-heritage-focused news sources, a sizable number of us think making common cause with Donald Trump against Muslims is a desirable strategy.

So, if anyone sees value in the idea of banning Muslims, it is Indians. Indeed, I have heard this idea and more punitive ones on and off throughout my lifetime. And I’ve read about the violence visited upon India by terrorists and felt the draw of the opinion.

But ideas are implemented by people. And this idea fail spectacularly as a result.

The men who are on the front lines of this—those who managed to get their GEDs and those who did not—are not living their dreams. They find their pride in their imagined Americanness because they have nothing else of which to be proud. Lacking accomplishments, they suckle on identity. Powerless to nudge their own fates, they grasp for any smidgen of power over others whether it be pawing at your crotch as a TSA scanner or giving you nasty looks when they see you doing…anything, really.

These people have gone to school but have gained no education. They have no understanding about India, Indians, Muslims, Islam, or the relationships among them. To them, these are just a set of muddled concepts loosely tied together and labeled as foreign and dangerous. The script of their play does not include you as a good guy. Real Americans are. Yes, they know you have an American passport. You know who they mean though.

Any anti-Muslim policy in America will necessarily become anti-Indian and anti-Hindu in practice once it is turned over to the buffoonery of those who implement policy. Consider your lived experience and see its truth. The intentions of those who initially propose the policies will be irrelevant.

This disappointing story is well known, but:

Purinton allegedly told a bartender in Clinton that he had killed two Middle Eastern men, The Star has learned.

He reportedly told the bartender that he needed a place to hide out.

Two of the shooting victims were employees of the Aviation Systems Engineering team at Garmin, headquartered in Olathe.

In an email to employees, Garmin officials identified the fatal victim as employee Srinivas Kuchibhotla. Alok Madasani was injured, the email said. 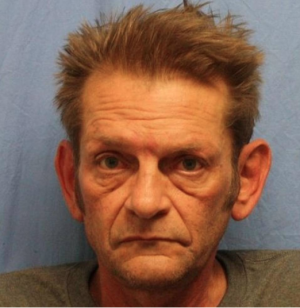 Take note of the accused shooter. He’s a longtime Navy veteran having worked on the Navy’s first nuclear-powered surface warship. He had no federal or state criminal records. He had a pilot’s license and worked as an air traffic controller. In other words, he has worked as part of the state’s apparatus and had been entrusted to care for the lives of many others. And its worth noting that he thought he could trust the bartender.

It’d be a mistake to say everyone who serves in any capacity would do the same thing as he. But it’s still a fact that he has extensive service without any issues that we know of having been discovered. He did well enough to be entrusted with tremendous responsibility over a period of decades. And none of this required him to be able to tell the difference between two Indian engineers and Middle Eastern men of his imagination.