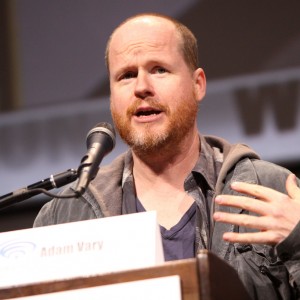 My relationship with Joss Whedon is complicated.

It used to be so good between us. I loved him so much. When I first met him, I thought he could write no wrong. We would go out once a week, to Sunnydale, and have such a great time together. I never knew it could be like that. So perfect. So magical.

I felt empowered just from spending time with him, ready to take on all comers armed only with a pointy stick clutched in my fist. He made me feel strong, but he never made me feel that I always had to be. He understood that was too great a burden for anyone to carry. In his world, strength could coexist with vulnerability and imperfection. Heroes could be flawed and fragile. It was okay to fall short, to break sometimes, to rely on people who love you when you couldn’t do it all alone. It didn’t make you any less of a hero. What Joss gave me is something I will always treasure. He showed me it was possible to be a strong woman who didn’t have to only be strong.

But then things changed. He changed. I could tell he was trying, but it wasn’t the same. I still loved him, but the things that he brought into my life seemed lame and overrated. I followed him to LA and into outer space, but he kept letting me down. I wanted so much more from him than space prostitutes with hearts of gold and women who could fix engines because of intuition instead of brains and hard work. I wanted so much more than an unstoppable killing machine who happened to have two X chromosomes. It felt like a shadow of what Sunnydale had been, like a copy of a copy of a copy. It felt like a TV show. I missed the nuance, the complexity. But he gave me just enough to keep me hanging on, hoping. Maybe if he had more money. Maybe if he had more creative control. Things could be good between us again.

I stayed with him. Every time I would think about moving on, somehow he would suck me back in again. I thought we could start over, but things went from bad to worse. I was embarrassed by him and for him. People were starting to talk and I was starting to listen. I found myself watching him tell stories that I thought were gross and misogynistic but I excused him because I remembered the way things used to be. “He’s a feminist!” I told everyone. “He loves strong women!! You just don’t know him the way that I do!”

He kept trying to make the word “suss” happen. But it didn’t happen.

As he became more successful I thought, “Oh, thank goodness. This is finally going to be it. He’s going to show everyone how awesome he is and then our relationship will be back on track.” I went back to him again only to have my heart broken. It was awful. Our dialogue was stilted and our storyline made no sense. Some of the things he did with women made me feel icky inside. Money hadn’t fixed anything. It only made things worse. But still, I loved on. He was so talented. I knew he was so talented. I believed in him. I had faith in his greatness.

Women kept ending up raped and tortured and dead around him. I still couldn’t see him for what he was. I had loved him too much and for too long. When things got tough, I would boot up Netflix and immerse myself in nostalgia, remembering our time together back in Sunnydale, when we were young and innocent and it seemed like he was going to take me places I hadn’t even dared to imagine.

I think I’ve finally realized something about my beloved Joss. He never changed. He just stayed the same. The world changed around him and it revealed the person he really was. A person with one brilliant idea, executed well, that I fell in love with. All this time I thought it was the man that I loved, but it was just that one idea. The stuff I thought I saw in him was never really there. What we had was an illusion. One brilliant idea is not enough to sustain this relationship.

He had nothing else to offer me beyond Sunnydale. And I guess he’s maybe even a bad writer. Pooping out a clever turn of phrase now and then is not good writing. Good writers do not rely on three-decade long strings of female characters exploited and raped and tortured and dead without even the flimsiest subtext to justify it. He’s had every chance to prove himself, to rise above, to do better and be better, but that’s his go-to move. It must be all there is.

Joss Whedon is a misogynist. It hurts my heart to say that, but it’s true. I can’t believe I didn’t see it before. He was always a misogynist. His misogyny was just masked by the constraints of PG-13 TV.

Joss, it’s over between us. I don‘t love you any more. I don’t think I ever did.

Appendix: Here is a representative sample. Some of these episodes I like, even love. It’s no one moment, no one thing, just an overall sense of being done with the Whedonverse.


Inara and prostitution in “Heart of Gold” and “Shindig“, Kaylee knows how to fix engines magically in “Out of Gas”, and River as unstoppable killing machine in Serenity.

Long string of female or physically vulnerable male characters being verbally abused, tortured, raped, or being threatened with rape, either openly or implied: Buffy the Vampire Slayer (“Consequences” and “Seeing Red”), Angel (“Birthday”, “Expecting”, “Redefinition”, and “Apocalypse Nowish”), Firefly (“Our Mrs. Reynolds”, “Objects in Space”, “Ariel”, and “Safe”), Dollhouse (“The Target”, and “Belonging”), Natasha Romanoff in The Avengers and The Age of Ultron, and pretty much all of Dollhouse.