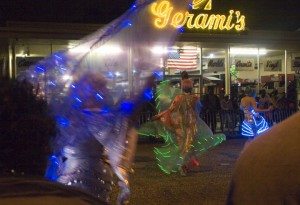 [C1] We hear a lot of the bad, but there’s some good happening in Chicago. Even so, Chicago looks over its shoulder and asks, “What about Houston?”

[C3] Last time we were looking at places to potentially move to, Sacramento registered pretty reasonably in terms of cost-of-living. Apparently, no longer so. {More}

[C4] Buffalo may be making a comeback! Full speed ahead.

[C6] Using Lafayette, Louisiana as an example, Charles Marohn explains the infrastructure trap and why your city has no money. 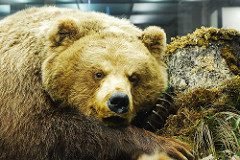 [W1] In New Hampshire it’s ticks versus moose, and the ticks are winning.

[W2] What the hell, Mother Nature?

[W4] Well, this is kind of a cool story. Except for the fox.

[W5] Even if not actually a Wyoming problem, this sounds like a very Russian problem.

[W6] Catfood is the most popular fish for people who don’t like seafood, and combine that with our politics and government being what they are, I guess it’s no surprise they’re a political football. 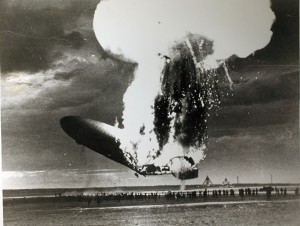 [T2] Unable to get electric bikes up and running and the existing program being retired, Seattle killed its bike-sharing program. For now, at least.

[T3] In New York, drivers are lining up against Driverless Cars, and apprehension in Ohio. I didn’t know Ohio had so many truck drivers. Seems to me they’re all from Oklahoma (except Rod, of course).

[T4] An Israeli company is working on wireless charging of electric vehicles.

[T6] this limo really rubs the wrong way for some reason.

[M1] Conor Sen’s words on shopping malls seem true. Having lived around places where shopping malls have closed, it’s hard to overstate the footprint/infrastructure issues (unless the land is valuable for repurposing.)

[M2] I thought about making a Monday Trivia out of this map, but figured it too obscure. It’s really weird to me when any Walmart is not open 24 hours. That’s half of the point of a Walmart.

[M3] Elias Crim argues is concerned about the economic repercussions entangled with the “smart city” and, more particularly, the Uberization of our workforce when better alternatives may be available.

[M4] This makes sense. And portends our doom.