The Official Automobile of Texas

The New York Times used the truck rodeo to write a piece about pickup trucks in Texas:

“I call it ‘truck-itis,’” said Mr. Spell, the former automotive editor for The Houston Chronicle. “People in Texas will buy trucks even if they’re not going to haul anything heavier than raindrops. I was interviewing one guy. He had a 4-by-4. I said: ‘You live in Houston. Why do you have this 4-by-4?’ He said, ‘Well, I own a bar, and 4-by-4s are higher, and I can climb up on the cab and change out the letters of my marquee.’”

Whether for high-up urban letter-switching or more rural and rugged purposes, pickup trucks are to Texas what cowboy boots and oil derricks are to the state — a potent part of the brand. No other state has a bigger influence on the marketing of American pickup trucks.

Responses to this from the right tended to jeering and a criticism of what is sometimes called “Conservatives in the Mist” coverage of red states and their mysterious ways. Much in particular was made of the above quote and the sneering attitude (never mind that it was from a Texas resident). Maybe some of the criticism was fair, but most of it was kneejerk. The piece was, for the most part, an out-of-town lifestyles piece that introduced people over here to what the people over there were up to. I am attuned to the regional dynamics, and for the most part I found little objectionable. They didn’t even mention global warming, professed by some to be the rationale for the sneer.

More to the point, though, the “criticism” (such as it was) was pretty on target, from my vantage point. I lived in the urban south. Then I moved to the rugged west. One of my earlier observations was how many fewer trucks there were, or medium-heavy to heavy vehicles at all (excepting minivans). That, despite the fact that pickups, SUVs, and so on are actually a lot more useful to a lot more people out there. If you buy a sofa in Colosse, chances are it’s not from very far away and you can rent a UHaul. You’re less likely to need AWD for offroad adventures. Further, the inconveniences of heavier vehicles are much more obvious. Living in the city, parking and maneuverability count for a lot and my experience was “the smaller, the better.” Meanwhile, out west, the ability to haul stuff is more important because you might be buying a couch from 100 miles away, which gets expensive with a UHaul. All-Wheel Drive and a larger frame isn’t critical but can reduce worry for a lot of scenarios that aren’t an issue in the urban south. And few of the drawbacks of owning a bigger vehicle in the city exist in the country, with the exception of gas. 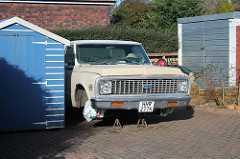 So why were there more trucks in Colosse than in Deseret (and, later, Arapaho)? A lot of it came down to money. In either place, the number of people who really need a truck is a pretty small segment of the population. But Colosse is wealthier and people are more likely to get one if they want it, for whatever reason they want it. It has status symbol elements in both places, but they are not equally able to afford it and sometimes the repairs are crazy expensive, but You can get the best prices on CAT cores and replacement parts here, check it out.. And perhaps, to some extent, living something closer to the life leaves them in a position where they don’t have as much to prove.

Which brings us to the undertone that generated so much ire: Texans – and urban southerners more generally – are spending a lot of money to conspicuously consume trucks as a status or self-image item. A statement of desired self. It’s a larger, $30,000 belt buckle that costs you extra money every time you use it. That may sound harsh, and I guess it is, but apart from environmental damage I don’t see anything especially bad about it, as far as status symbols go. It’s not the effete liberal in me that objects to it as much as the spendthrift. Further, there is nothing uniquely Texan or southern about impractical status statements – and New York has little room to talk – but it is what it is. If it hurts your state’s – or your region’s – feelings pointing out that a lot of people are doing this, that’s pretty much on you.

The New York Times piece lead to a firestorm on Twitter Tuesday night when John Ekdahl tweeted the following:

The top 3 best selling vehicles in America are pick-ups. Question to reporters: do you personally know someone that owns one? 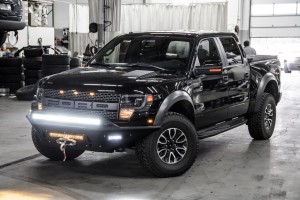 Not the least of which because the figure is misleading. Yes, pickup models are the three best-selling models out there. That doesn’t mean that pickups are the most popular kind of vehicle, or are especially popular overall. Pickup models punch above their weight because there are so few of them. Ford has only the F-Series for pickups, six models of sedans, and models of SUVs. Chevy has eight sedans, five SUVs, and two pickups. Dodge has eight models of cars/SUVs and one series of pickups. There are some makes that specialize in trucks (GMC, formerly Isuzu) but there are others that don’t offer any sort of pickup (Subaru, Kia, Hyundai, Jeep, Mazda, Mitsubishi). Point being, pickup trucks lead the charts because their sales are not divided. In 2015, while they were leading the charts, they accounted for less than 15% of sales, and an awful lot of that is regionally concentrated.