This is the state flag of Louisiana: 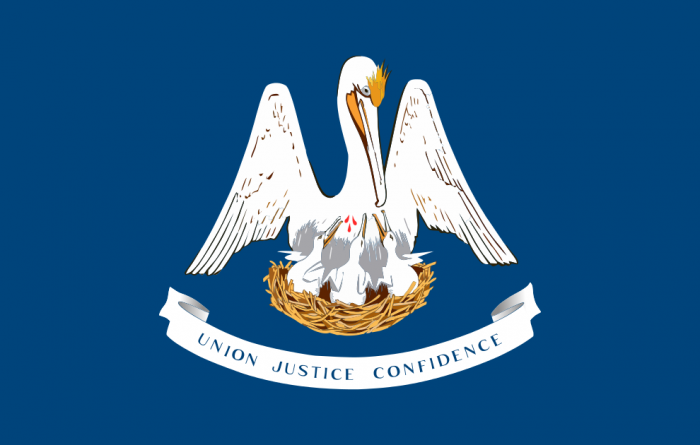 It is not a good flag. Not the least of which because it does not even have the instantly recognizable symbol of Louisiana, the fleur de lis. Given that the fleur de lis represents French Louisiana and not the entirety of Louisiana, it’s forgivable that the flag is not just that, but stylistically that would be a nice looking flag. Better than the pelican, anyway. But it’s just the pelican. The state bird. Feeding its children. Heartwarming, I guess, but most states would kill for a symbol like the fleur de lis to put on their flag.

What’s really weird is that it’s not like Louisiana can’t do flags. New Orleans has a flag that’s okay. And Acadiana, a region of Louisiana, has a flag that is darn near perfect: 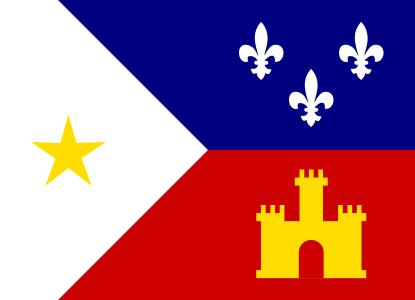 The kicker is that the Acadiana flag was designed before the state flag of Louisiana. Sort of. A variation of the pelican flag was in use since the Civil War, but they updated the design in 1912, 1991, 2006, and 2010. So it’s not like they just haven’t gotten around to doing anything about the mediocre flag. They have just stubbornly refused to actually change it into something worthwhile.

A good flag is one that you see everywhere. Maryland isn’t exactly a jingoistic state, but they do love their flag. Washington DC has the pride of the slighted, and use their flag liberally. Texas gave itself a nickname based on its flag. Alaska and New Mexico used their great flags liberally.

I have spent a fair amount of time in RL Louisiana, and I never see their flag anywhere. I see the Acadiana flag a lot more often. That’s an indication that their flag is better than the state flag! That is what a flag is supposed to be.