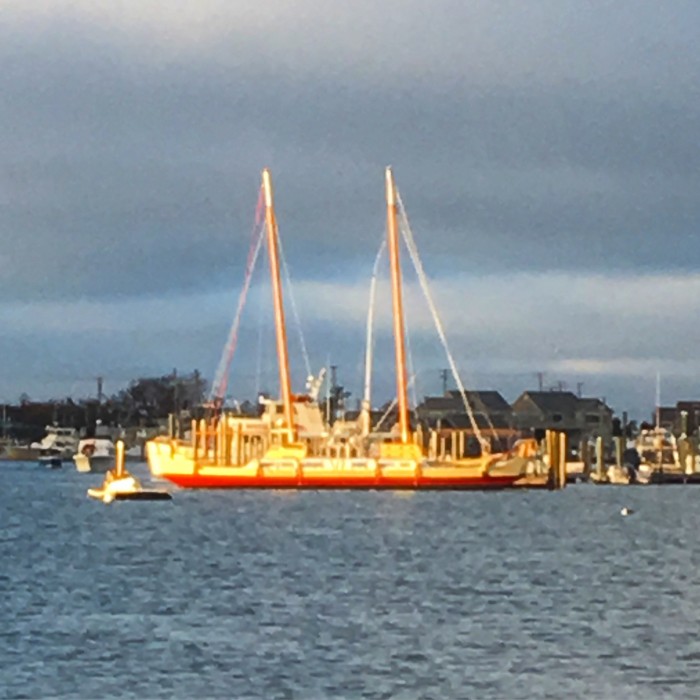 As you can see in the photo above, Mon Tiki Largo’s masts went up Saturday, and just in time. The weather in only getting worse and it’s time to get a move on in a southerly direction. To that end we’ve awarded the first of our Montauk Catamaran Company Post-Apocalypse Freedom and Creativity Fellowships. In alphabetical order:

As the pieces of this voyage begin to fall together, I remembered that I had imagined something like this. It was the summer of 2010, I was on INTEMPERANCE, and NPR was on the radio. There was a piece about a retreat for Shakespearean actors at a mansion-turned museum and artists’ retreat. I graduated from high school and first attended college in Ashland OR, home to the Ashland Shakespearean Festival, so the radio piece caught my ear. I thought, “That sounds nice. I’d like to build a Pahi 63 and invite people whom I found interesting to spend time on it with me.” The NPR piece is linked below. There are still spaces on Mon Tiki Largo available for the intrepid. Drop us a line!