Linky First Tuesday After The First Monday Of November 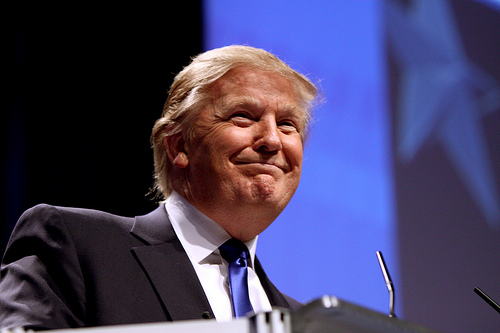 [C1] A nice word for the Secret Service, who aren’t getting paid for a lot of their current work.

[C2] Well this is surprising: Donald Trump believes in some nutty things. Trump is not a conservative, but even if he were you only get a maximum of three crank beliefs. (I haven’t filled all three of my slots and am accepting applications.)

[C3] At Outside the Beltway, James Joyner gives his very reluctant endorsement to Clinton. Some, however, are much more enthusiastic.

[C5] Given how the primary has gone, I’m sure Reince Priebus will have no trouble keeping the Trump White House orderly.

[C6] Will Trump concede? Will he cry foul? Will he just disappear into the abyss?

[C7] I’m incredibly disappointed that the GOP electeds didn’t put forth more resistance to Trump than they did, but at the same time I do try to remember the degree of resistance is unprecedented. 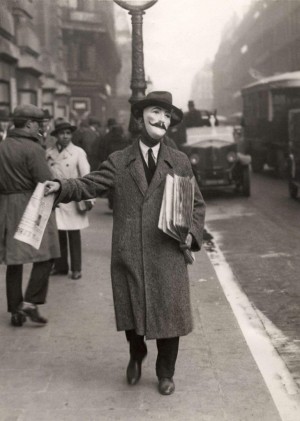 Newspaper Seller with a Mask in Paris, France, 1929

[E2] Michael Medved has paid a price for not getting on the #TrumpTrain.

[E3] Erik Faust argues that our two-party system is broken beyond repair due to polarization. With charts! I’m still not sold on a multiparty system, but it sure would be nice to have a more fluid and dynamic two-party system. Lilliana Mason’s piece on our anger also makes sense.

[E4] John Cassidy explains how Donald Trump has the support that he does, from one of the Two Americas. {From Saul}

[E6] Maybe, but actually low information voters are a crucial part of every political coalition. 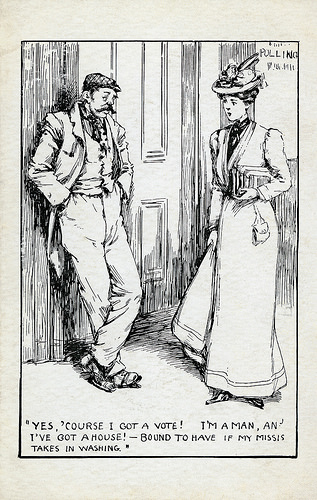 [V1] And what can we learn from early voting? Maybe good for Clinton, maybe not.

[V2] On the ballot in Maine, Krist Novoselic wants to know if IRV can save the electoral process. Simon Waxman says no. I will write more in the future, but while I agree with Waxman and would prefer another method for general elections, I also believe we should not make the perfect the enemy of the good.

[V3] Is Duverger’s Law applicable outside the United States? I’ve commented before that the US has additional barriers to FPTP, and this might be indicative of that. 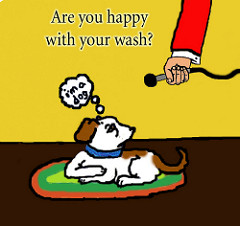 Image by AKJ Works Without Working

[P1] YouGov makes a stronger argument for stability in the presidential race than I’ve seen from most “stable race” advocates (whose arguments seem to thrive on “If you smooth out the data, the data looks smooth).

[P2] Conor Sen has some words of sympathy for Nate Silver. But not too much sympathy, as their words have consequences.

[P3] Before anyone gets too excited about this, I should point out that Ross Perot won my middle school in a landslide in 1992 and Clinton won in my high school in 1996. It didn’t take. {Also}

[P4] Maybe there is no Shy Trump Voter. Or maybe there is, but it’s not enough. I discuss this, as well as some research suggesting a Shy Wives For Clinton Effect, in a Hit Coffee potpourri post. 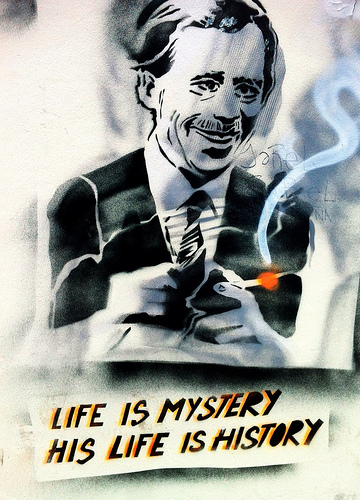 [I1] Democrats are arguing that WikiLeak emails are forged, but Zaid Jilani wants to know if they can prove it.

[I2] We talk of Trump’s Russian support, but what of his Macedonian support?

[I4] Edward Lucas argues we should fight Putin – allegedly up to no good in Montenegro among other places – by ostracizing his help.

[I5] The convergence of right and left in France. Also, with Russians.

[I6] Hillary Clinton is unpopular, Donald Trump is more unpopular, but Park Geun Hye and Francois Hollande are really unpopular. 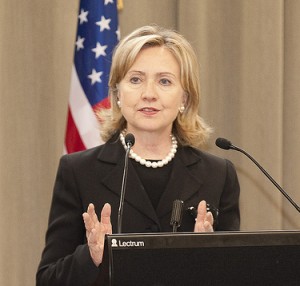 Image by US Embassy New Zealand

[H1] Benjamin Straumann argues that republicanism, in the classical sense was something of a smokescreen during the founding of the United States.

[H2] Vaclav Havel’s thoughts on the temptations of political power, and religion, are worth reading.

[H3] The nationalist right is fascinated with Thermopylae.

[U1] Robert George talks about his decision to vote for Hillary.

[U2] From Damon: Popehat has an excellent post regarding the elections. I prefer the Balvenie. And…..discuss.

[U4] It’s not just about the presidency, as there are some important DA races around the country.