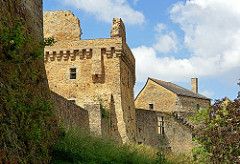 Image by archer10 (Dennis) OFF

[Ci2] Apartment in San Francisco, or castle in France?

[Ci5] I don’t know, this looks kind of cool. I’m a fan of unique structures. But it might do more good in Tampa or somewhere than Manhattan (though I’m informed that the place in Manhattan isn’t really Manhattan. 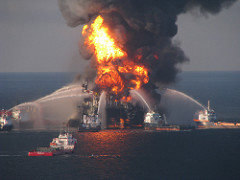 [R1] In terms of carbon neutrality, hydropower may not be all its cracked up to be.

[R3] I’ve commented before that I am open to a carbon tax provided that it’s revenue-neutral. According to Greg Ip, environmentalists in Washington are saying no deal.

[R5] Which is too bad, because apparently we managed to decouple economic growth and carbon pollution too late, and alsotoo energy use and renewables are getting an upgrade thanks to Big Data.

[R6] New Mexico is taking a hit with the most recent oil bust, and investors are becoming increasing skeptical of OPEC’s ability to hold prices.

[R7] If you haven’t seen a movie, and the movie involves an oil company, assuming that the movie makes the oil company look good is a really weird assumption. (Sonny Bunch reports on Twitter that it does not, in fact, make the oil company good.) 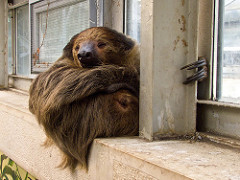 [Wi1] Sometimes our eyes are bigger than our stomachs. And so it was with this snake.

[Wi2] It’s like sending your rival a dead fish, except skunks and raccoons.

[Wi3] Wait, is saving crocodiles supposed to make me like markets?

[Wi5] When birds don’t have to worry about predators, they can really get down and boogie. (Video) 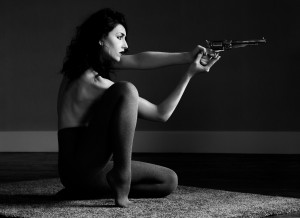 [Cr1] The Christian Science Monitor has a good article on grandparents raising the children of their opioid-addicted children. My wife runs into this a lot.

[Cr2] The mythical clowns in the woods become real.

[Cr3] Leon Neyfakh wonders if the media should downplay the murder strike. When the headlines don’t match the image you wish to convey, change the headlines? (Actually, it’s a very nuanced take on a complicated concern.)

[Cr4] Nothing to stop the bad guy buy a good woman with a gun. Unless they violate department store policy.

[Cr5] Some PUA’s crossed the line into rape. Here’s the story of the victim who took them down.

[Cr7] Crazy Eddie died this month. Here is the story of his rise and fall. It’s kind of interesting that apparently at no point did they intend to be a legitimate, non-criminal enterprise. 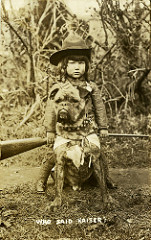 [Wa2] Attention Mr Blue! A great New Yorker article on the Spanish Civil War, and the Americans who fought in it. {via Saul}

[Wa3] In a small plot of land in Northern France, Americans have buried their dishonorable dead from World War II.

[Wa4] Alex Rawnsley and David Brown write of the history and folly of the Limited Nuclear War.

[Wa5] Meet Lyudmila Pavlichenko, the deadliest female sniper in history. And Gertrude Sanford, who outsmarted the Nazis by playing dumb.