The Straw Consequentialist Tries to Fix an Election

Elizabeth Picciuto points us to

Would it be WRONG to print up a bunch of fliers with klan logos and incorrect polling place information, just to pick off the deplorables?

It somewhat predictably turns into an opportunity to bash consequentialism.

There are no actual consequentialists who chime in their acceptance of Gowder’s suggestion. Rather, it’s posited that they probably would. This is befuddling to me because

Let’s (mentally) dispense with the thought experiment. Think about how you’d actually implement this. How do you produce the flyer? Do you download swastikas from a neonazi web site? Where do you print them? At home? At Kinkos?

Do you live in a swing state? Would you travel to one for this purpose? Over what time frame should you hand out flyers? What times of the day? What areas? How do you fund this?

Is this illegal? You are quite likely to encounter the police at some point. What do you tell them? Are you doing this outside of someone’s business? How are they going to be affected? How are all the people around who are not racist going to feel about receiving your flyer?

Will only Klan members be motivated to follow your flyers? Or will the people who you are most likely to motivate to vote be those who want to vote against the Klan to spite you and your hateful ideology? How many Klan members do you think you will bump into and how many people who hate the Klan do you think you will bump into? Will you in fact be misdirecting a large fraction of those voters you see as allies?

You shouldn’t do this. You could get beat up or in legal trouble. You might die. Even if your personal safety were assured, you might influence the election in a direction contrary to your intent. 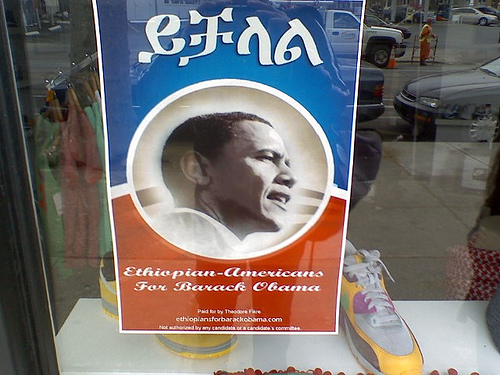