The Collapse of the Wall 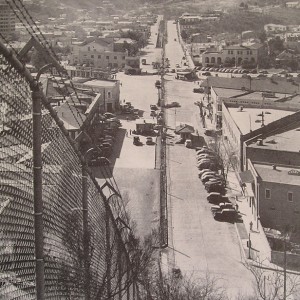 It’s interesting how sometimes you have a political passing observation about something, consider it true but probably not that important, but that becomes incredibly important. Think of it like “Those tires are looking kind of thin” thirty minutes before they blow open on the Interstate. A few years ago I thought to myself, “You know, first past the post isn’t a good way to hold primary votes.” I was thinking more for things like senate races, but that actually became very important. In early 2015, I thought “I think people are overestimating the ease with which Jeb Bush will win the nomination. This might be the year the establishment loses” This struck me as potentially important, but I thought at the time it might mean that Scott Walker or, worst case, Ted Cruz. And here we are.

Perhaps the most important of these things was about immigration. After running some numbers, it became apparent that the “Campaign Autopsy” as it related to the Hispanic vote and Comprehensive Immigration Reform simply wasn’t true. There were a lot of things responsible for the GOP’s loss, but the Hispanic vote wasn’t really among them. They didn’t put that in there as an analysis of what the party needed to do in some irrefutable need, but what its leaders wanted to do. With that, it became obvious that even after the failure to pass anything in 2013, the party really was going to screw the immigration restrictionists as soon as it could. Since I am uncommitted on the issue, this realization made me neither elated nor angry. It was mostly just an observation. One that would become very important.

I’m not going to pretend that I know a lot of Trump supporters. But those I do know come overwhelmingly from one segment of his support: Border Hawks. Those drawn to him first and foremost over his (alleged) commitment to border security. They are a subsection of his support, but were very important in providing him an unwavering base of support early on, helping him establish credibility. Early on in Trump’s rise, I was baffled as to how they felt they could trust Donald J Trump on immigration. Could they not see that he was going to screw them? That he didn’t care? And that he was unreliable? Even someone like Ted Cruz or Scott Walker, who may be insincere, could probably be made to understand that it was critical to their self-interest not to deviate on that particular issue. I voiced this with my friend Trumper Dave, and he made what has since become the best way through which I have understood the alliance. And it all goes back to my observation about the GOP screwing them. 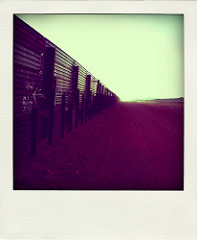 Maybe they could trust Trump or maybe not, but they knew that they couldn’t trust anybody else this side of Sessions or Tancredo. If the GOP was poised to screw them, he explained, then you in essence really did need somebody outside of the structure. Someone who owes nothing to the structure, and a lot more to border hawks. While Trump might not be ideal (and Dave admitted as much), he was the only person in the field who fit that bill. They do (or did) believe that Trump really cared about the issue (there’s an origin story involving him reading Ann Coulter’s book), but even if not they had what they felt was better insurance than their hopes and dreams: Trump was burning the bridge of respectability.

They believe that Republicans moderate on the issue of immigration not out of any conviction (or change thereof), but because of a desire to be on the good side of the powers that be. Big money, big media, and liberal society. It’s the cocktail party argument, basically. So they remain suspicious of anybody – anybody – that speaks in such a way that allows them to retain the respect of the people whose endearment they can later attain by selling out on immigration.

Consider prison gang tattoos. Getting one is more than a show of solidarity, but indicative that burning a bridge to where you cannot go easily back. If you want the protection of white supremacists in prison, it’s not enough that you call black people names and say things you can take back once you get out. You may be required to wear a tattoo that brands you for life. If you flinch at that, then you’re not committed and may just be using them for cover. 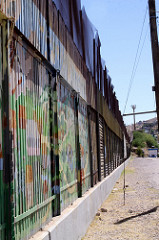 Trump’s vulgar rhetoric regarding immigration has served as a rhetorical tattoo in that regard. Which, in turn, made it an insurance policy. As Trump has perhaps turned on the issue this week, a lot of outside people are saying that it won’t do him much good because he’s already burned the fields. I am among the ones who have said that, and this was why they trusted him. This was why the verbal tattoos were so important. They turned what might have ordinarily been a good political move (moderating on a contentious issue, finding the abandoned middle ground) into a useless one.

Border hawks are often a more nuanced group than people think. I don’t mean that they’re more sympathetic, but while I wouldn’t call their views “realistic” many have views that are less unrealistic than people suppose. So, for instance, almost none that I have talked to have put a lot of stock in the deportation force. They believe in The Wall, but they recognize how tricky it is to just go out and deport millions of people. They liked that he was saying it, but recognized he was just saying it. Indeed, many know that in the end there will be amnesty of some sort for those already here that do not leave.

What they want, though, is for any talk of amnesty to come last. Otherwise, what they believe is going to happen is that you will get a comprehensive reform package where everybody gets carrots and the stick never gets funded. (They believe this is what is going to happen because, in all likelihood, it is.) So unauthorized immigrants get residency, they get citizenship, they never pay the “back taxes”, the wall never gets built, employers are never cracked down upon, and the process starts all over again at some point in the future. So before anybody gets any carrots, there must be sticks. It’s the non-negotiable point. The enforcement enhancements cannot come later, or concurrently, but must come up front. Then, and only then, can we talk what to do with the ones already here. And if we never get to that point, and they live the rest of their lives in the shadows but here, they’re okay with that.

The Republican candidates picked up on this, and released their plans accordingly. So what was the problem? The problem was that they were entirely untrusted. They refused to get the tattoo. They didn’t demonstrate sufficient commitment. Which creates an utterly unworkable dilemma for the GOP. Whatever their willingness to hold the line on immigration, most ambitious ones are rather uncomfortable demonstrating their willingness by alienating everybody else. I don’t believe that the GOP needs to sign on to a generous immigration reform package to improve their standing among minorities and educated whites. But what they can’t do, is call Mexicans rapists in blanket statements. The arguments have to be very tight, and very careful. This is hard enough when you’re dealing with hundreds of political operators with political ambitions that require getting attention. More importantly, though, it’s exactly the opposite of what is being demanded here . Ann Coulter more or less said as much to a reporter after Trump turned:

My worship for him is like the people of North Korea worship their Dear Leader – blind loyalty. Once he gave that Mexican rapist speech, I’ll walk across glass for him. That’s basically it. Unlike the crazy Cruz supporters, I’ll criticize him, and I have, but it’s all minor stylistic stuff. We all want to shoot him at various times.

When Trump tentatively announced a reversal on amnesty, Coulter started cussing up a storm. Mickey Kaus fell into line pretty quickly. Mark Krikorian, who is very policy-centric, is the only one who is not on board. Most of the anti-immigration Trumpers I know are still going to vote for him regardless of what he said, for the same reason they voted for Romney and even McCain. The alternative is the Democrat, and despite some bloated primary rhetoric, they know who is worse than whom from their perspective. And Trump still promises the wall. 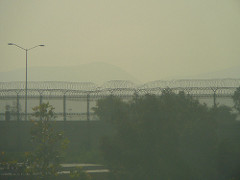 In the meantime, the anti-immigration movement is as far as it ever was from a semblance of respectability. I don’t know what the future holds for the Republican Party and their position in it, but half of them are now on the record accepting forms of amnesty they rejected a few months ago. Unless they can firmly win Trump back (and maybe they will on Tuesdays and Thursdays and alternating weekends), that’s going to be the new starting point for all future negotiations. Hillary Clinton is going to win an election she might otherwise have lost, and there is a non-trivial chance that she will have the Senate, the House, and the Supreme Court.

The side of me that views them as the enemy would like to be able to say that it’s their own fault for being so intransigent, and so unwilling to compromise, but I am not sure how much it mattered in the end. They tried cooperating, and it didn’t work. They tried rebelling, and it didn’t work. It didn’t work when the polling numbers on immigration were favorable to them, and it won’t work now that they are as unfavorable as they have ever been. They poisoned their own well with the rhetoric they demanded. With the fall of Trumptown (on this issue), there are no paths to victory and there probably never were. Even if they hadn’t lost public opinion. Reasonable faces aren’t trustworthy. Unreasonable faces aren’t popular. All that’s left is to hold the line until the inevitable fall. All they can do is keep burning the fields and admiring their work.