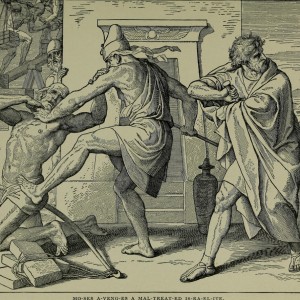 [L1] We clarify misunderstandings every 90 seconds.

[L2] The psychology of online bullying and trolling… written in 1847. Also, how to avoid being a creep on Twitter.

[L3] Language biases we don’t realize we have.

[L5] Sarcasm is the best thing about the Internet.

[L6] Here’s an interview with a language inventor. 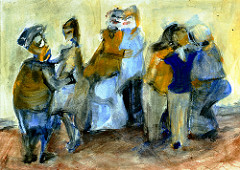 [M1] Chloe Angyal has a good piece about the stultification of the country music man.

[M4] Meghan Neal wonders why we are satisfied listening to music in two dimensions. I can already feel myself being something of a fuddy-duddy, unenthused about video (much less audio) moving to the third dimension. 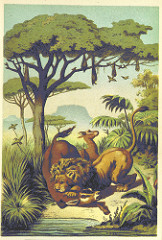 [F1] Will Sloan at Hazlitt looks at movie novelization and its struggles. In high school I did a book report on the Bill & Ted’s Bogus Journey novelization. Hadn’t seen the movie.

[F2] I thought that everybody knew that Disney ripped off the Lion King?

[F3] This look back on Gargoyles makes me want to go back and watch all of it again from start to finish. Preferably through the eyes of a teenager or pre-teen, but even as an adult.

[F4] Alan Sepinwall ranks NYPD Blue characters. I’m glad to see that someone else liked (pre-drama) Kirkendall as much as I did. Charlotte should be at the bottom, though. Good list, though.

[F5] Does anyone else remember Marvel’s New Universe? 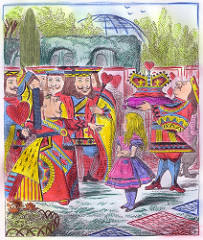 [C1] Miguel Monjardino makes the case for Thucydides and why studying him remains important. The History of the Peloponnesian War was, without a doubt, my favorite classical assigned text.

[C2] Mary McGinley objects to giving the Moby Dick audiobook a British accent, and makes some pretty good points. I’m not clear why the world needs another audio Moby Dick, though.

[C3] Austin Gilkeson argues that Aragon’s claim to the throne was illegitimate. Oooh, and annotated map of Middle-earth!

[C4] The enduring influence of Alice in Wonderland in the world of video games. 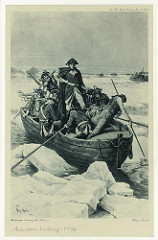 [H1] The interesting history of George and Martha Washington.

[H2] Michael Hoffman has a couple pieces on the Meiji era of Japan (1868-1912), the second of which talks of their interest and fascination with the US. Also, check out this awesome nine minute video of the history of Japan.

[H3] The truth of Dr Strangelove.

[H5] Jason Sorens explains how Greece became rich… when it was rich, anyway.

[H6] It appears maybe humans arrived in the Americans by boat. 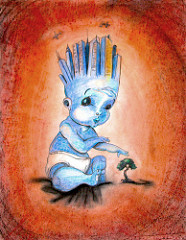 [T1] So humanity becomes redundant at this point, right?

[T2] I’m pretty sure this is a superhero origin story, while this sounds like a superhero death story.

[T3] Via Aaron David, the Faraday Cage for live conversation. Yeah, totally illegal in the US, but I don’t know about Britain.

[T4] Shape-shifting, amphibious drones! Actually, that’s just an application for a developed composite material that can go from sturdy to shape-shifty back to sturdy relatively easily.

[T5] Here’s what a 1987 iPhone might have looked like.Image by FelineNoir.com