The right to publish a boring, 418-page book must be earned.

Richard Ford earned that right by winning a Pulitzer Prize first and then leaving enough good writing along the way so that even as you stretch through another hundred pages of nothingness there is plenty at which to marvel at.

Here is an early, inconsequential paragraph that nevertheless has much a writer like me could learn from:

What I know firsthand about bad things—seriously bad things—was that late in the first week of August my father came home one evening, and though I didn’t see him, I knew something unusual was going on in the house. You become sensitized to such things by the sound of a porch door slapping closed too hard, or the thump of someone’s heavy boot heels hitting the floorboards, or the creak of a bedroom door opening and a voice beginning to speak, then that door quickly closing, leaving only muffled noises audible.

If that isn’t a convincing sample, consider the unaltered praise offered Ford by the New York Times:

he’s doing it with a level of linguistic mastery that is rivaled by few, if any, in American letters today

Still, Canada is so boring. Aside from the Pulitzer and the linguistic mastery, what else is on offer? How about this opener?

First, I’ll tell about the robbery our parents committed. Then about the murders, which happened later.

If you do attempt to read Canada, let that setup soak in. When I realized we weren’t going anywhere, I went back and memorized those two sentences to remind myself that we would be going somewhere. Do the same if you hope to finish. 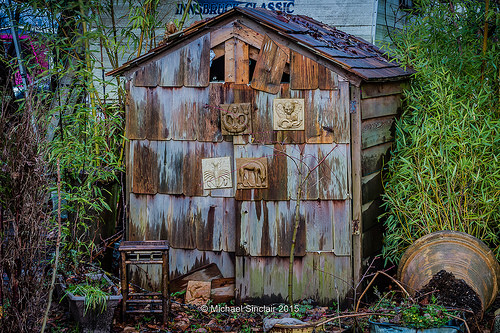 The reward for finishing, for me, was a novel that is truly “true to life.” What happens in real life cannot match what is in the mind. While something does eventually happen, our protagonist has little agency in it.

Canada is a writer’s book. The protagonist becomes an English professor. This is his lesson for us schlubs to learn from. Canada is a novel to be read with a highlighter. To appreciate it, you need to be the kind of person who will read the following sentence a few times even without giving a damn who it is about:

Though it may also have been that our parents, aswirl in the thickening confusion of their own young lives—not being made for each other, probably not physically desiring each other as they briefly had, becoming gradually only satellites of each other, and coming eventually to resent one another without completely realizing it—didn’t offer my sister and me enough to hold on to, which is what parents are supposed to do.

They say the mark of a great voice is if you would listen to them read your grocery list. The mark of Richard Ford’s greatness is that I would read this book.