I think we can all agree that parents are terrible and screwing up their kids. I read articles online with horrible anecdotes of horrible parents doing clearly terrible things.

Situations in context, however, are not always clearcut.

This weekend, I, in a stressed state, was walking with the Littlest Bath in another city. She carried a doll, I a backpack. I put the doll in my backpack, and she saw a stuffed animal (named Hola) in there and wanted it. In my memory, I told her “no” and stuffed the doll into the backpack along with Hola.

Two hours later, I realized I couldn’t find Hola. I hoped it wouldn’t be something she’d notice. That was three days ago.

[amazon template=image&asin=B00VQVL5NS]The Littlest Bath is a perceptive sort though. Last night, while getting ready for bed, she suddenly stopped her routine, checked around her bed and connected the dots. Hola (the stuffed animal) wasn’t there. Tears flew out, and she said Hola was left behind in the city we visited.

The Better Bath explained that this is a foresseable risk when you take the toys out of the car or out of the house. In fact, she was reminded that she is often warned to leave her toys in the car for this very reason.

This didn’t comfort her.

Bad things happen. This is a lesson my daughter must soon learn. But I don’t remember giving her the stuffed animal to drop. I don’t think she demanded that I take it out of the car. I don’t remember her making a poor choice with respect to Hola that resulted in Hola’s loss.

Personally, I’d rather reinforce the idea that she is primarily the creator of her destiny. I don’t want to keep bad things from happening to her, but at three years old, I’d prefer they primarily be a result of poor choices on her part, not her father’s carelessness.

As a result, the Better Bath promised we’d get Hola back by this weekend.

We said this before looking up if Hola is available with free Prime shipping.

It turns out the precise variant of Hola we seek isn’t available on Amazon quickly. We are instead spending $28 to have Hola expedited from Bed Bath and Beyond (no in-store pickup available). Stuffed animals are typically a few dollars. This is ridiculous, but here we are.

If the Littlest Bath ends up beinga spoiled brat, I will think back upon this as a critical step on that path. This story sounds like one of the ones they tell to illustrate how terrible parents are and why their children suck and can’t cope with the real world. 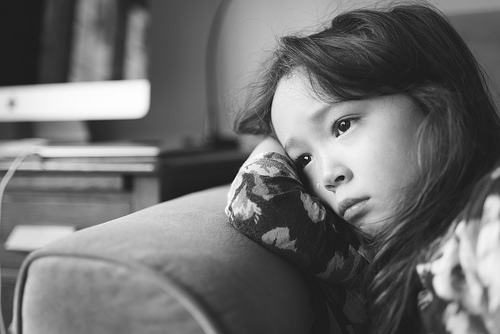 Not actually my daughter. Image by Daddy-David

At the same time, each step I took to get here seemed reasonable at the time. Losing Hola in the first place was a mistake. It was primarily my fault, so I thought it was reasonable to insulate her from the loss. We didn’t know how difficult it would be to get the same toy, so we promised a date that was only in retrospect too aggressive. We could have explained to her that it’d take longer than we had originally told her, but I don’t want to break promises to her.

What do you think, armchair parents? Should I have said “tough luck”? At what point?