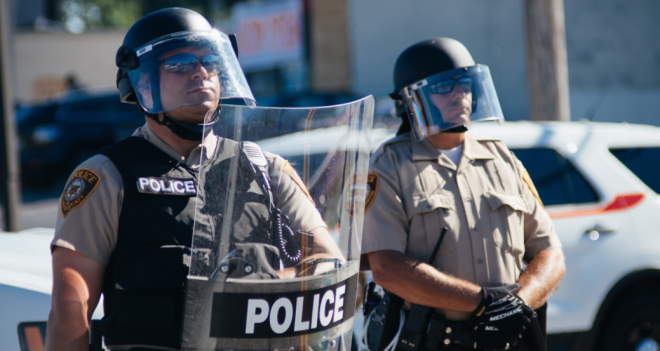 There are numerous things about this that trouble me deeply. They should trouble you as well.

I should say up front that I have an uneasy but non-hostile view of the concept of hate crime laws. Being the type of person who hangs around websites where people discuss political theory and first principles, I actually do understand how hate crime laws are perceived by conservatives and libertarians as being crazily Orwellian. Any system that will be thrown against you if you or the person you kill is one race but won’t be if you or your victim is another race should be deeply troubling. Despite my queasiness, however, I generally support the existence of hate crime laws — or at least I support those that allow people from “higher” levels of government to charge separate crimes against those who commit such offenses. This is because our no-double-jeopardy country has a long and troubling history of local law enforcement officials, judges, and juries deciding that heinous crimes against unpopular minorities are not worth punishing.

And to be clear, I’m not talking about ancient, no-one-alive-was-around-back-then, Reconstruction-era history here.

The interesting public narrative that runs through all of these eras is, “But that’s the way we used to do things. We are more advanced now. We just don’t do those things any longer.” However, studies as recent as 2010 have shown that this country continues to have a problem with choosing all-white juries to judge crimes involving people of color, even in places that have a large minority population. Additionally, in a study I cite frequently but everyone continues to pretend doesn’t exist so they don’t have to deal with its implications, a Stanford report from but two years ago shows that those of us who are in the majority actually like it this way, even as we tell ourselves we don’t.

For me, all of this historical and academic flotsam is underscored by a personal experience I had years ago when I worked in a bar in the Progressive Wonderland that is Portland, Oregon.

This bar was a meat-market dance club, and it was mostly filled with drunk twenty-somethings trying to find someone to take home and boink. One night a group of immaculately groomed and expensively dressed young men came in and asked a group of young, attractive, blonde women to dance. The women took deep offense to the request and made a scene, ensuring that a group of young, testosterone-soaked, popped-collared-Izod-wearing white knights hoping to win the blondes’ favor stepped in to forcibly remove the well-dressed men and assault them. The police came quickly to break things up and cuff the offenders, as was their MO when such assaults occurred at this bar. But after taking look at the well-dressed men, the police told them to scram and never come back if they didn’t want to be assaulted in the future. If all of this sounds strange to you, know that this is because I left out a key detail about the well-dressed young men whom everyone seemed to find offensive: They were Iranian. 2

All of which is to say that despite my very serious lack of comfort with hate laws, I understand why there is likely still a need for them.

There is not, however, a need for hate laws to protect police or other government officials.

As far as I can tell, there is absolutely no problem — either currently or historically — with the American legal system not charging or acquitting people who have clearly been proven to have murdered, raped, or assaulted police officers. Quite the opposite. Indeed, when we see a story about a wanted cop-killer in the news, our assumption (sometimes justifiably, it turns out) is usually that there is just no way the police will be bringing in the suspect alive.

The only justifiable reason for passing hate laws is that they protect a class of people who lack the power to ensure that the justice system treat them impartially in places where they are an unpopular and powerless minority. The police have no such problem. The state gives the police plenty of power. Heck, the police are the designated power of the state, and they are given tremendous leeway to wield that power with either discretion or violence as they see fit. This is not to say that cops are the enemy, or that they are somehow lesser or less deserving than blacks, LGBTs, or other classes protected by hate laws. But hate laws are a protection police don’t need.

Which means that these Blue Lives Matter laws actually create what critics of hate laws always feared: A special class of citizens, designated more equal than the rest of us. That this special class is by definition an arm of the government should make us even more wary of the inevitable copycat laws that are sure to follow in other states.