Linky Friday #166: Everything Is Awful

[A1] It’s not easy being a Japanese woman in politics.

[A3] Its capital was once considered by North Koreans to be the perfect place, but even by that shady metric, Pyongyang isn’t what it used to be.

[A4] We associate ghost towns with China, but apparently Singapore is not immune. It’s weird to me that there is even room for these places? 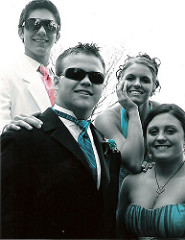 [E1] I’m still not sold on the causation, but there are more indications that the University of Missouri’s enrollment problems are related to the protests. That it effects out-of-state enrollment does make sense, though the protests also strike me as an easy reason given even if not entirely accurate.

[E2] Per The Economist, where you study matters less than what you study. It seems noteworthy that the “where” question is important for Arts/Humanities and not for STEM.

[E3] This sounds like it was always pretty inevitable. I remain proud that we ate prom dinner from Wendy’s at the Park. It was, however, a four-course meal!

[E4] Some of my rightier friends are getting a kick out of the article on the plight of the college Hillary supporter. Truth be told, I didn’t have it as bad as some did. The left was divided between Gore types and Nader types, the PC of the 80’s/90’s had mostly passed, and the current thing wasn’t a thing yet.

[E5] From Aaron David, Noah Feldman writes an interesting piece on an issue at West Point where some female cadets are accused of engaging in inappropriate politics. 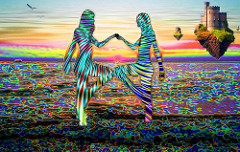 [H2] Far Out & Follow The Light: How psychedelics could change the way we die.

[H3] I, for one, look forward to having bottles of concentrated nicotine in the house with small children. Meanwhile, Halo has been pretty laid back about the coming FDA regs, but now that they’re out, they’re going to court. Michael Siegel has the rundown of their case. The First Amendment argument is interesting, but comparatively unimportant.

[H4] This map looks like I would expect it to, with the Northeast ahead of the curve because it’s the northeast and they’ll regulate anything, and Appalachia because they have some of the most pressing problems.

[H5] The EPA temporarily debunked claims that weedkillers were causing cancer, before it was quickly retracted.

[H6] From Christopher Carr: At the end of the day, we’re helping people who wouldn’t have insurance otherwise; nevertheless, I’m not surprised the ACA is turning into an incompetent bureaucratic mess just like the rest of the government 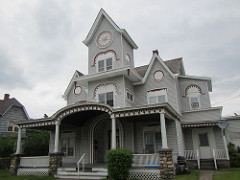 [M1] John Tamny is not such a big fan of guaranteed income, nor is Allison Schrager.

[M2] Why do CEO’s make so much money? A CEO explains. Also, being rich is the worst, according to rich people.

[M3] Roland Dodds calls this Jacobin piece a must-read for people interested in Socialism, and Chris likes the idea of people understanding what he’s talking about when he talks of participatory economics.

[M4] It’s easier to live with less when you have more.

[M5] Neal Gabler wonders how we got to the point where the middle class cannot manage its financial solvency, and of course whose fault that is. 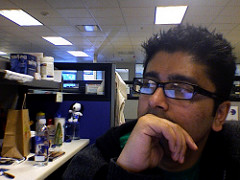 [W1] You have a right to noticeably hate your job and/or your coworkers.

[W3] Tim Worstall argues that part-time workers in Britain – and more generally – are not going to waste. Maybe, but if society is having to subsidize them them, doesn’t that represent a contribution limited to the degree that it’s a societal loss? (Not sure what to do about that, but it’s a worthwhile question.)

[W4] Research indicates that you should be willing to take a pay cut to work under the right manager. For employers, it may mean hiring the right managers means you can pay your peons less! 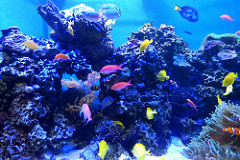 [P1] Exactly how much does it actually cost Apple to run iTunes? Maybe it’s a lot and maybe Wang is right that they’ll get out of the downloading business, but conflating iTunes with “music downloads” is a bit of a stretch.

[P2] Dylan Matthews is less than impressed with tiny houses. This strikes me primarily as making the perfect the enemy of the good.

[P4] The oceans are becoming oxygen-deprived and the Great Barrier Reef is dying and everything is awful.

[P5] The good news, however is that another day, another few potentially habitable planets.