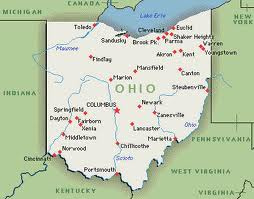 Oh, it’s such great fun talking about the Presidential race. This makes it easy to forget that the Senate is at least potentially up for grabs by the Democrats this cycle, a source of tepid anxiety for Republicans and “dare-we-hope-for-it” optimism by Democrats. Let’s take a look down the ticket for a moment to the United States Senate. 1

Currently, Republicans hold 54 seats in the Senate. There are 44 Democrats and two independent Senators who caucus with and usually vote with the Democrats. The balance of power in the Senate is therefore five seats. Here’s where you want to watch. I’m omitting the apparently safe seats from this assessment as they are unlikely to change in partisan control. Yes, there are more Democrats in Arizona than ever before, but come on, we all know John McCain is going to be re-elected.

So let’s look at the seats that are actually in play, of which there are eight. Two will be open seats, one is held by a Democrat, and the remaining five are held by Republicans.

Colorado: Incumbent Democrat Michael Bennett will likely have a slight edge over whoever the Republicans pick to run against him, from among a potential primary slate of a number of county commissioners, a couple of mayors, and a couple of state legislators. Apparently the Libertarian candidate is reasonably well-organized as well, so this may siphon votes away from whoever the Republicans pick.

Florida: Republican Marco Rubio is vacating his seat. Rubio has had a rough time of it financially for most of his life, so I’m guessing he’s looking to cash out after his Presidential campaign. Look for him on the lecture circuit or to get a high-paying gig at a government relations law firm, or both. Meanwhile, a crowded field on both sides of the aisle has yet to narrow down to single candidates for either party. As fits the national pattern, the more urban an area in Florida gets, the more Democratic it votes, with the notable exception of Cuban-American voters in and around Miami who tend to vote Republican because the Cold War isn’t really over for them just yet.

Nevada. Democrat Harry Reid is retiring. Republican Congressman Joe Heck will likely face Democratic former state Attorney General Catherine Cortez Masto. No one in Nevada knows what the world will look like without Harry Reid, and there seems to be no polling data at all. Nevada is very closely divided on the partisan level, with the Democrats possessed of strong union machinery in Las Vegas and to a lesser extent in Reno, and Republicans of both varieties (conservative and very conservative) dominant in the suburbs.

Wisconsin. Incumbent Republican Ron Johnson faces a pick-em match against Russ Feingold. Johnson narrowly defeated then-incumbent Feingold for the seat six years ago. Recent polling is within the margin of error. Both have significant statewide apparatuses, and Wisconsin probably has the greatest percentage of rural Democratic voters in the country.

New Hampshire: Incumbent Republican Kelly Ayotte had about a 4.5-point polling lead in January against Democratic opponent Governor Maggie Hassan. Rural voters tend to favor Republicans and if you ask me, the whole damn state is rural but I live in California so what do I know? Granite Staters are peculiar, and sophisticated, as watchers of the Presidential primaries will recall. Still, more recent polling shows Ayotte ahead by slightly more than the margin of error.

North Carolina: Incumbent two-termer Richard Burr survived a primary challenge and now faces former state legislator and current general counsel for Triangle Transit Deborah Ross. Burr shows about a 9-point lead in the most recent poll, but this also shows an 18% polling for the Libertarian and that just isn’t right — or it shows an astonishing softness of support for Burr that’s hard to read from afar. I’m a bit surprised that North Carolina isn’t rated as a firmer Republican hold, but perhaps better organization among the African-American community and a significant number of transplants in the Triangle area makes it tough but not out of the question for Democrats. 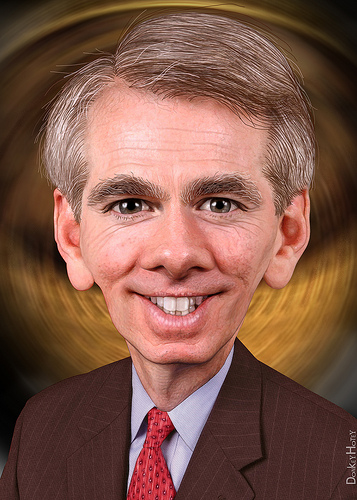 Ohio: Incumbent Rob Portman will square off against former Governor Ted Strickland. Portman seems like he should be favored, unless he is picked as a Vice Presidential candidate by a Republican nominee. If that happens, Portman says he doesn’t want to run two races simultaneously and some other Republican would have to stand up to Strickland, in which case this would be a good place for Democrats to look for a seat flip.

Pennsylvania: Incumbent Republican Pat Toomey will face off against a Democrat to be named later. The most likely choices appear to be either Kate McGinty, a former state environmental protection official, or former Congressman Joe Sestak, who lost to Toomey in 2010. Frankly, I never know what the hell to think about Pennsylvania, which seems like three states in one: a really conservative rural center (and north), one of the most classically Democratic urban areas in its east, surrounded by closely divided suburbs, and I’ve no idea how Pittsburgh and its environs go. Too many swing areas, and too high of turnout variability.

Since we’re looking with a high degree of certainty of either a Trump nomination or a badly fractured Republican party at the Presidential level, we shouldn’t count out the idea that maybe someone would want Senator Portman as a running mate despite the fact that this appears to be the most likely way for Democrats to regain effective control of the Senate. Trump might want him, or if there is a third party “Conservative Party” or “Federalist Party” candidacy, that candidate might want him. Frankly, I have a hard time seeing Portman bolting from the formal GOP, but this is kind of a weird year so I dunno.

Also, Trump’s candidacy is pretty clearly going to have some level of down-ticket pressure on other races. Will Candidate Trump have coattails, will he have negative coattails? Will a would-be Candidate Trump denied the nomination at a brokered convention renege on his promise to support the Republican nominee, and run as an independent anyway? If so, or if not, would that depress turnout?

My sense of it is that Trump’s involvement with the race will ultimately be a benefit to Democrats generally, and especially downticket. But again, this is a really weird election.

This is not the first time Portman’s name has been floated as a running mate, and he’s near the top of the speculation list this year too for similar reasons as the last cycle. Portman comes as a “center-right” figure, not wildly conservative, perceived generally as a reasonable, but also by no means a “moderate,” so the conventional wisdom is that he can straddle both moderate and harder-core wings of the party. Does that conventional wisdom apply in this, the Year of Trump? Unclear, but Republicans are quite good at implementing decisions today that would have helped them win the last election, so Portman’s wing-straddle looks like a reasonably safe bet from that perspective.

If the Republican convention becomes brokered and John Kasich threads his needle to become the nominee, then he can’t pick Portman has his running mate because of the Twelfth Amendment. 2

Candidate Trump or Candidate Cruz should see Portman as offering the ticket three principal political benefits: a) he strengthens the campaign’s bid for the critical swing state of Ohio, b) his selection as running mate would offer a fairly meaty “let’s-make-nice” bone to the mainstream and leadership of the party, and c) he helps project an image of having sober, mature decision-makers as aprt of the planned administration. This would come at the opportunity cost of whatever some other potential running mate 3 might bring.

But it also comes at the opportunity cost of putting Republican control of the Senate into play. Portman has a slightly downhill battle for re-election to the Senate now, but losing the advantage of incumbency and name recognition would probably level the playing field and drop the state to the “pick ’em” level. Portman himself may be enough of a party loyalist to say he’s not willing to do that — and he might be enough of a realist to see that a gamble at being a running mate has somewhere between a one-in-two and one-in-three chance of making him… the Vice President, empowered to break ties in the Senate, but otherwise not likely to be trusted with any real power or significant access to influence the President, whether that be Donald Trump or Ted Cruz. So he might not want the job.

So even leaving aside the usual potential for scandals or gaffes or really smart campaigning or really dumb campaigning, there seems to be a realistic chance that the Senate could wind up being controlled by perhaps a single vote. Whether or not Rob Portman as a running mate is thought by the eventual Republican nominee to be an integral part of their bid to oppose Hillary Clinton could be the difference between a 51-49, 50-50-, or 49-51 split of control in the Senate.

That, in turn, is going to govern the playing field for the really important decision: whether and when Merrick Garland, or someone else, will fill the seat on the United States Supreme Court formerly occupied by Antonin Scalia. The outcome of that issue will affect the state of American law for a generation, in some ways more subtle and more profound than the outcome of the Presidential election.

So once again and now in more ways than one, the political center of gravity in the United States is within Ohio.