Trumpism in a Nutshell 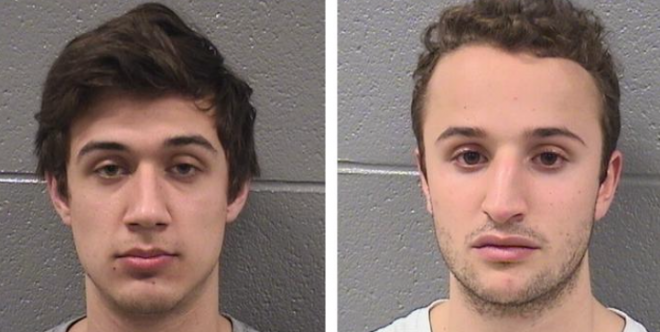 I don’t know how many saw this story from the Tribune about the defaced chapel at Northwestern University.

While I don’t have time to write about it in detail at the moment, I thought it deserved to be highlighted here in OTC. And I’m going to give y’all a bad-word trigger warning right off the bat, because I think it’s important in this case not to water down the acts committed in the name of a presidential forerunner.

If you haven’t seen the story, two students at Northwestern went out for some late night high jinx last week and vandalized the school’s non-denominational chapel. Using pray paint, underclassmen Anthony Morales and Mathew Kafker painted swastikas, as well as the words “faggot” and “nigger” throughout the house of worship. Additionally, they panted over the pictures that featured Northwesten students who were Muslim. They also used the paint to make several pictures of penises.

And I think this deserves noting because, especially on this site, I have seen Trumpism too often explained almost exclusively  a movement of working-class, down-on-their luck folks just tryin’ to get by. And I certainly do not deny that this demographic likely makes up a chunk of Trump’s supporters.

But Northwestern is a school that requires at least a quarter-million dollar investment from its graduates. Say what you will about Morales and Kafker, they aren’t  representative of the poor white working class who can’t  abide a future that holds nothing better than working fast food until their seventies. And though it is true that they were not acting under direct orders from Donald Trump, it ain’t exactly a shocker that the white kids who painted swastikas, “nigger,” “faggot,” and defaced pictures of Muslims didn’t go out of their way to write “RUBIO!” or “KASICH!”

For all those looking for the Washington-Outsider silver lining of Trumpmentum, or who are harboring the illusion that the Donald will bring together all people regardless of race, creed, or gender come the general election, I submit to you that this movement is darker than you realize.