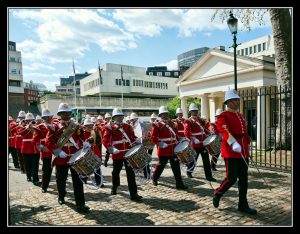 Changing of the Guard

It’s a bit humbling to take over the captaincy here at Ordinary Times. There are a lot of smart people with a lot of good ideas involved in our project. There’s nothing I want to see more than all of that creative energy unleashed. It’s humbling because i get to look around and see these smart people around me with all of their great writing and great ideas and great experiences, and I wish I’d been able to write what they are writing about. It’s humbling because I’ve come to admire Tod’s leadership so very much and I fear I’ll not be able to fill his shoes.

Mainly, though, it’s humbling because it forces me to come to grips with the realization that what I want to do, I can’t do on my own. I have to convince other people to do things that advance the community towards its goals. That begs the question of what those goals are, which leads to asking how we realize those goals, which leads to asking what it is that I want other people to do.

Fortuitously, Will has a post up today in which he calls out Markos Moulitsas, the proprietor of Daily Kos, laying down explicit rules limiting the scope of tolerated discussion at his online community. Kos has a teleology: the reason that online community exists is to elect Democrats. The rules Kos imposes aim at that goal and it’s not difficult to see the social norms there basically adhering to Kos’ rules. Read the post, it’s a worthy summation of a different sort of way for an online community to go than ours.

BSDI. This reminded me of my conservative friend Kurt, who has developed a massive Twitter following, principally throwing out snarky (and sometimes very funny) insults and quips at liberals, and writing 1,000-word-or-shorter essays on Brietbart and Townhall, musing on the proper strategies and tactics Republicans should use to get elected. He’s grown his followers and fellow-travelers large enough that it’s fair to say that he is the focus of his own online community, on a smaller scale than, but qualitatively similar to, how Kos is the focus and architect of a community on the other side of the aisle.

Kurt is quite convinced that conservatives who support Trump are fools, because Trump is not a conservative. 1 But at the same time, he would support Trump should he be nominated, principally because he believes that Clinton would be worse. I question his assumptions, but since I’m not an avowed conservative, by application of O’Sullivan’s Law, by definition I must be a liberal. My pointing out flaws in the premises 2 or the strategy 3 Kurt is staking out would mark me as a concern troll. I’d be hounded out of the room, as sure as the atheist sitting at the table of theologians in Will’s post and debatably with as much justification. So I leave Kurt and his people to their own devices.

There’s a couple of things to find in common — the communities that follow my conservative friend and that congregate at Kos are explicitly partisan. To the extent that different policies are debated within those communities, the evaluative lens ultimately amounts to “Which policy better advances the cause of [ideology]?” and it’s generally accepted as self-evident that all things [ideology] are desirable. If you question these self-evident truths, you need to take those questions elsewhere and your escort away from the premises may or may not be polite about it.

Echo chambers like that are the opposite of what this site is all about. We’re about polyphony, not echoes.

Perhaps it’s no accident that if you compare the community here to Daily Kos, we seem quite small. Mutually-respectful heterogeneity is difficult. Sustaining mutual respect in the face of intense disagreements is hard. Discovering that someone who is obviously smart and looks at the same thing as you do reaches a different conclusion is uncomfortable. Conceding that someone who disagrees with you might have a legitimate point to offer is painful and it’s a challenge to deal with that on its merits. Worst of all these, the position of classical argument requires an initial presumption of good faith and good intent on the part of an interlocutor, and the willingness to change one’s own position should a powerful enough argument be articulated. A lot of people find those sorts of terms too unpleasant to bear. But that process is what we’re all about.

Now, here’s another thing about us: we’ve never had length restrictions, nor minimums, for our posts. I don’t intend to start. Just yesterday I corresponded with a potential guest author, and I told her that the first and most important thing to do was to write what the muse sang to her. If the muse sings 1,000 words to her, great. If the muse sings 8,000 words to her, so much the better. We’ve run posts that long. Hell, I think I’ve written some posts of that length myself. Now, the conventional wisdom is that most readers don’t tend to go more than 1,500 words and can process only one relatively simple idea per article. I reject that conventional wisdom and do not see that it is borne out by experience.

Finally, Kos and Kurt offer focused subject matter: politics. Now, nearly everyone here enjoys politics at some level. But we’ve never been about just politics. For me, politics is an outgrowth of culture. Going back to the roots of the site as Erik Kain’s attempt to keep alive the spirit of Culture11, we’ve always made room here for music, the arts, entertainment, food, travel, science and technology, history, and religion. So as a result, you’ll likely find some political news and political discussion here at any given time, but there’s a good chance that you’ll also get something like a scholarly analysis of the religious beliefs of a member of the eighteenth-century colonial American intelligentisa. Or a link to some new music that you might not otherwise have known existed but find you enjoy. Or stories about Presidents playing baseball. Or a demonstration of how prostitution illuminates deficiencies in economic policy.

So we’ve got a community involving long-form essays containing complex and nuanced thought. We’ve got a community where we aspire to have multiple points of view interacting respectfully. We’ve got a community that draws intellectual profit from a broad palette of subject matters. That’s what we are. That’s what we want to be. We are what our culture aspires to be: a marketplace for ideas, a common ground for neighbors to know each other and become friends, a flower of Enlightenment ideals in bloom. For a place called “Ordinary” Times, I think we are actually quite extraordinary, because I don’t see much of these characteristics almost anywhere else.

Perhaps it’s more difficult to build up a community like that than to have a narrow focus on one thing and to make an overt appeal to partisan tribalism. I don’t accept, though, that we are doomed to be a smaller community than that enjoyed by Kurt or Kos because of that. Indeed, I’m confident that we can and should be reaching out to the rest of the world and proclaiming our presence.

My goal, and I hope your goal too, is to grow our community. I want to grow our community precisely because I think it is the realization of our cultural aspirations. I want more people reading what our authors write; I want more of the great writing that has earned us a place, however small, on the Internet’s intellectual map; I want more commentary and back-and-forth between people of different points of view on the topics and thoughts our authors raise.

As I wrote at the start of this essay, I can’t do that on my own. I’ve got some great people sharing space on the editorial level of the masthead with me, but even together, we can’t do it all on our own. What we need is you. 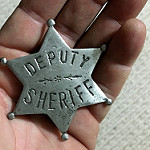 I am hereby deputizing each and every one of you in the readership. If you think we’ve achieved something special, unique, valuable, remarkable, or worthwhile here, then I ask that you help it grow.

Become evangelists for the site. I ask that each of you:

The other editors and I have a lot of ideas to grow and enrich our community. What you read above is why I think this is a mission worth undertaking. But we can’t complete the mission on our own. We need you — the person reading these words — to help.

So get on out there and let the whole world know that we’ve got a good thing going here, and that it’s only going to get better. Everyone’s invited.