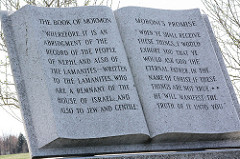 [R1] When looking at religious observance and engagement, nobody beats the Mormons. In 2006, Will Wilkinson wondered if Objectivists should become Mormons.

[R3] Amber Lapp says that religions are not doing a good job of making people in non-prescribed family formations welcome, which she says is a problem because that’s where it could be most needed.

[R4] A bible professor believes that the Bible actually says that Eve was created from Adam’s privates. 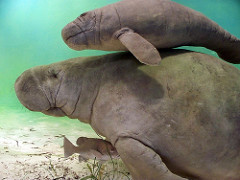 [N1] Some romances are not meant to be, I’m afraid.

[N3] While you may be able to eat alligators for Lent, you should not throw alligators through drive-thru windows.

[N4] When polar bears get frisky. 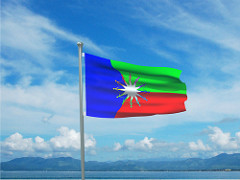 [D1] “On subjects like this in our intellectual world, usually there just is no “debate”; there are just different sides who separately market their points of view.”

[D2] The Cultural Cognition Project looks at fact polarization and how it trumps value polarization. The question is… are people interpreting factual questions as an invitation for a value response? {Tweet}

[D3] Another brick on the wall of cocooning ideologies. Now made even easier!

[D4] Todd Seavey writes of The Triumph of the Insult and the failure of the mainstream political system, while Michael Brendan Dougherty argues that Trump rises because conservatives have failed his supporters.

[D5] Who should Obama nominate to the Supreme Court? How about himself?

[D6] For a guy who elevated himself to the Speaker of the House, John Boehner has some weirdly off political instincts. 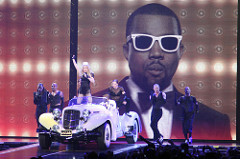 [E1] Bethany Mandel says that we shouldn’t laugh at Kanye West and other celebrities cracking up, and to an extent I agree… but I still laughed at this.

[E2] The inheritability – and lack of predictive power – of “grit.”

[E3] Freddie deBoer looked at Purdue University’s newest pretty (and very empty) building, and contrasts it with important existing facilities, putting in a good word for cost-conscious alternatives. I’m personally a little bummed because I found out they’re tearing down the dorm I lived in for four years, and replacing it with more luxurious accommodations. They won’t be empty, at least.

[E4] Karl Miller argues that we need to stop looking at technical schools as some sort of consolation prize, while Sarah Grant looks at coding boot camps, and attempts to ascertain their effectiveness for loan purposes.

[S1] There will apparently be a referendum on the ballot in California to require pornography actors to wear condoms. This was just shot down by state regulators, and Scott Weiner explains why it’s a bad idea. It remains the law in Los Angeles

[S2] Desde La Fe attempts to make the case for saving sex until marriage. Relatedly, here are some facts about waiting.

[S3] Shedding some light on the long-term implications of short-tenure sex.

[S4] The perils of being casual about sex and serious about consent and Rebecca Traister argues that we need to be talking about the ways that sex can be both consensual and bad.

[S5] Well, these blokes seem like right-fine gentlemen. (And that title. Ugh.)

[S6] Economists investigated the notion that sex tends to make people happy by trying to encourage some couples to have more sex, and it did not make them happier. 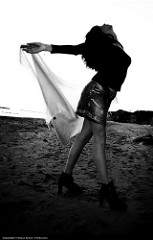 [F1] Actor Waris Ahluawalia was allegedly banned from a Mexico City to New York flight on account of his turban and Aaron Saltzman says that he was interrogated for reading an article about Daesh.

[F2] Refugee girls dressing up as what they want to be when they grow up.

[F3] Some Cubans aren’t so sure about normalization with the United States.

[F5] Is there really any way that gun control can work in the age of 3D printers?

This iconic picture will live in history. When a women escaped ISIS territory and was able to wear color again. pic.twitter.com/KbGsqmxGMO