The Electability of Bernie Sanders 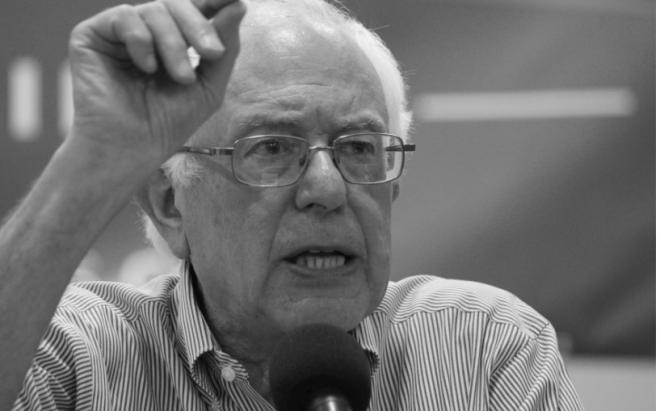 One of the most frequent arguments I’ve heard against Bernie Sanders is that he’s less electable than Hillary Clinton, and that Democrats should therefore be voting in the primary with their heads rather than their hearts. A look at the demographics and at the mood of the American people, however, leads to a very different conclusion: Bernie Sanders is far more electable than Hillary is.

This would not be true in all circumstances. If it were eight years ago, and Bernie was facing a general election against John McCain, I agree that he would be weaker than a more centrist Democratic candidate. But in 2016, all signs point to Donald Trump becoming the Republican nominee, as strange and horrific as that may seem. Trump has won New Hampshire, he is ahead in South Carolina, and he is well ahead of any opponents in all national polls. A victory in South Carolina – extremely likely – will put him in by far the strongest position of any of the candidates going into Super Tuesday.

So let’s contrast the political coalitions behind Clinton and Sanders, as compared to Trump.

Clinton has much stronger support among people of colour, especially among black people. While this is going to be a major factor in the Democratic primary, it will not matter in the Democratic election. Many people of colour may be disappointed if Sanders wins the primary – but they will turn out in droves to vote against Trump. These are people for whom Trump has repeatedly and openly demonstrated hatred and contempt, calling them criminals and terrorists. The strongest Hillary supporters are all the same groups who will be energized by fighting against Trump.

There’s definitely an argument – a good one – that taking black voters’ support for granted is unfair and wrong. And if someone could show me definite, specific policy differences between Clinton and Sanders, where Clinton’s policies are more favourable to black people and more supportive of racial justice and equality than Sanders’ are, I would find that an even stronger argument. But I’m not aware of any such differences. The only policy argument I’ve seen is Ta-Nehisi Coates’ criticism of Sanders’ refusal to consider reparations for slavery – and in that regard, Sanders is in the company of not only Hillary Clinton, but also Barack Obama, every potential candidate for president, and quite possibly every single member of Congress.

Sanders has strong support among people, especially white people, who are just plain fed up with the current state of politics and furious at establishment politicians. This anger, this hostility to the ‘establishment’ is the central force driving both of the political primaries, and is responsible for the popularity of both Trump and Sanders, despite their diametrically opposed platforms and personal backgrounds (on the one side, a billionaire; on the other, a self-proclaimed socialist). For all of Trump’s electoral strength in the primary, ‘angry white people’ are the only constituency he has got.

And Sanders cuts into this constituency. There are people – adherents of neither political party, and sceptics of both – who just want someone, anyone, who isn’t in the pay of banks and hedge funds and lobbyists. Regardless of whether that person is free of that influence due to immense personal wealth, or due to open and long-standing opposition to such power brokers. These people will readily vote for Trump against any establishment politician, such as Hillary Clinton. But an anti-establishment Democrat, committed to supporting their interests against the interests of the wealthy and powerful, has a good chance of winning over at least some of them.

Another group in play are genuine political centrists/moderates, who will probably respond to a Trump-Sanders matchup by wishing to hide under a rock, or consider moving to Australia. Or vote third party. But they certainly won’t vote for Trump. And voters who believe in the Golden Mean on principle are not a huge section of the American populace.

In short: nominating Sanders is not going to drive any middle-of-the-road voters to elect Trump, because, well, Trump is Trump, and by his very nature alienates moderates. Trump is the last person anyone who considers themselves a ‘reasonable moderate’ would want to see in the White House. Nominating Clinton will energize and add to Trump’s supporters, because Clinton exemplifies what they hate about politics and politicians – an establishment figure in the pay of the rich and powerful, with a record of voting on pragmatism rather than principle. Nominating Sanders cuts into Trump’s base, without driving away the traditional Democratic coalition.

Head-to-head polls, though weak predictors, support this analysis. In a Quinnipiac poll of a hypothetical Sanders-Trump race, Sanders is currently polling 10 points ahead of Trump – twice as much as Clinton’s 5-point lead on Trump. Against Trump, Clinton and Sanders have similar levels of support among black people and among women, but Sanders has far stronger levels of support among men, winning them 46 to Trump’s 45. In contrast, Hillary loses 39-48 among men. Some of this is almost certainly due to sexism, but I think some portion is also because lower- and middle-income men who feel like they’re being shafted by the current economy are a big part of Trump’s support base, and Sanders can appeal to those people. In further support of my argument, Sanders wins voters who self-identify as Independent by 56-30, compared to 48-34 for Clinton. While Sanders and Clinton both win voters with a college education or higher by large margins, Sanders also wins voters with below-college educations by 48-41, whereas Hillary ties 44-44 with Trump among this group.

So Sanders is stronger than Hillary among men, among independents, and among people with lower levels of education. Analysis of US politics tends to cast this group as the prototypical ‘swing voters’, the people who are most likely to shift a election.

Against a Republican moderate, Clinton would be stronger. But Republican moderates are nowhere to be seen these day. Sanders is the only Democratic candidate capable of fighting Donald Trump on his own ground, and harnessing the widespread disaffection and frustration with the current power structure into something productive rather than destructive.

Katherine is a Christian with a particular interest in the Israeli-Palestinian conflict, international development, peace, and social justice issues. She has a master's degree in International Affairs and lives in Canada.