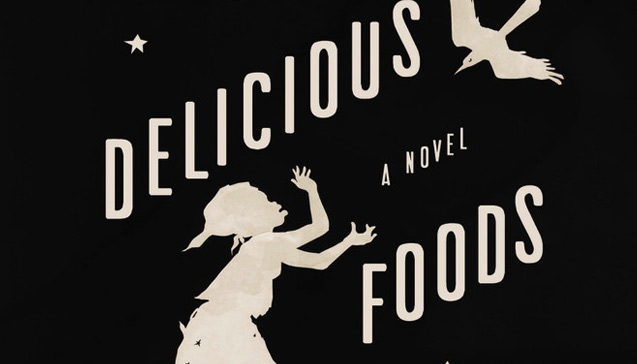 Slavery, like the past, isn’t past. It ain’t even dead yet.

That was Tod Kelly’s message, filtered through my own inevitable Faulknerian needs, in his fascinating, heavily-researched exploration of “America Indentured” last November. And while it is obviously in poor form to reduce any novel worth discussing down to so basic a statement, this is the reality found in James Hannaham’s Delicious Foods, released seven months earlier, in April.

In its opening sentences, we learn that Eddie is on the run, driving a stolen car from Louisiana to Houston, then from Houston to Minnesota – this despite the very recent loss of both his hands and the inevitable infection setting into loosely bandaged stumps with which he is preternaturally talented at steering. And we learn, as well, that his story will have a happy ending: He will make it to his aunt’s; he will fashion himself Edward Scissorhands-like prosthetics; he will become a successful small businessman; he will marry; he will raise his children far from the poverty – and then the slavery – he knew as a child.

Eddie, you see, is a product of the culture of despair brought on by systemic racism, by the spread of crack cocaine, by the wage slavery of industrial agriculture, and by the mental slavery of a forced optimism that, like a garden weed, can take root in thin soil and quickly strangle out all hope. After his black activist father (the pointedly-named Nat) is murdered – burned alive in his grocery store; despite the absence of tree and noose, in the 1920s we’d have called this a lynching – his mother, Darlene, comes to find her solace in drugs.

Hannaham brings Darlene’s crack addiction to literary life through the narrative voice of Scotty, who or which, as the personification of crack cocaine itself, shares the novel’s storytelling responsibilities with a standard, third-person point of view – and is Hannaham’s great authorial achievement. Scotty’s voice is compelling, seductive – indeed, almost addictive. Scotty’s a wise-ass, he’s a cynic, but he cares about Darlene, he looks out for her:

Seem to Darlene that everything she strove for turned out as a hot mirage. Probably folks oughta blame that on the dude in the sedan or that dumbass self-help book she read; can’t nobody pin what happened to Darlene on me. Can’t nobody make you love em, make you look for em all the time. …But I feel a obligation to Darlene. Out all my friends – and, baby, I got millions – she make me wonder the most if I done right by her. Sometimes I think to myself that maybe she shouldna met me. But then again, can’t nobody else tell her side of things but Yours Truly, Scotty. I’m the only one who stuck by her the whole time.

This dialect-infused chatter leaves you, after reading a few chapters in “standard” literary English, needing Scotty again, begging the novel for another quick dose. This is a relationship continually in need of renewal – and Darlene’s search for Scotty (not unlike the reader’s) leads her and her son to Delicious Foods, a Louisiana plantation worked by crack-addicted African Americans – those who look to their recruiters as if they’re already dead, whom they know no one will miss.

From here, Delicious Foods becomes a Reagan-era plantation novel, though it never quite wants to commit itself to parable. But while others have called the book an exploration of the psychology of despair more than the sociology of modern slavery or post-Civil Rights racism, Hannaham resists committing himself fully to that, either: lurking behind everything is the reader’s knowledge, granted in the opening pages, that in the end everything will turn out all right – at least for Eddie, that upwardly mobile entrepreneur. (What a campaign commercial he’d make!)

This is, in part, a consequence of demographics: Although the novel’s setting has its origins in a farm that actually existed, the reality of contemporary American agricultural slavery is that it is peopled overwhelmingly by migrant workers from Central and South America. By eliding this, it slides toward metaphorizing economic reality for the sake of parable. But at the same time, it shies away from an exploration, even through minor figures (the plantation is worked, exclusively, by drug addicted inner-city African-Americans), of a more totalizing despair – the kind that settles on you when, on top of all else, the language is impenetrable; the geography so alien that you cannot conclude, based on flora, fauna, and humidity, that you must be back in your native Louisiana; and when there is no family waiting only a few days’ drive away, to receive you and nurse you on your escape.

And literary power dissipates, as well, amid a series of muddles: temporal (it opens in the waning days of the Soviet Union; much of it is set in the 1980s; but the timeline is confused and confusing); narratival (certain scenes are vivid, others are almost impossible to picture based on the details given); and even geographic – the setting itself is hazy. It feels, at times, as if it could be taking place any time or anywhere, and, though I single these qualities out for criticism, I’m not certain they’re unintentional. The novel drifts, as I’ve said, into the occasional vagueness of parable. (As James Weldon Johnson’s preacher prefaces a telling of the parable of the prodigal son, “Jesus didn’t call these sons by name, / But ev’ry young man, / Ev’rywhere, / Is one of these two sons.”)

Parable and metaphor, of course, have their purposes and their power. But Delicious Foods, needing to obviate the systemic despair that is one of its villains, veers too close to the banality of “Love is all you need.” Even Darlene gets her happy ending, making one wonder what, precisely, was the point of her long, fascinating detour as a sinister, successful, Machiavellian rewrite of both the “Uncle Tom” and “black mammy” figures whose ghostly and commanding presence in the plantation house is reminiscent of Faulkner and Morrison. Leave her there, and the parable toughens, becomes something with a little more to chew on.

None of this should be taken to deny that Delicious Foods was a book that I enjoyed reading, even if I’d value it more accurately at the paperback price than the (discounted) hardcover bill I ultimately paid. (My part, I suppose, in support of the publishing industry.) And I can imagine a future life for the novel in undergraduate or graduate seminars. Its topical and stylistic confluences of the drug war, race, the legacy and present of American slavery, a compelling use of a “modern” dialect voice – all these would be at home (and perhaps even prompt worthwhile conversation) in the classroom discussions I know. If I were asked, right now, to put together a syllabus for a semester-long 300-level course on literature of slavery or the drug war, it would at the very least make the short list. I feel confident my students would enjoy reading it – certainly more than being forced, again, to plod along with my hobbyhorses.

But “teachable” and “seminar-worthy” occupy a tier in the lower rungs of lasting literary value. As a novel, Delicious Foods is better than most. Yet it disappoints. Consider again that combination of subject matter, voice, character, and authorial/stylistic command: This novel could have been – in many respects, should have been – one of much greater power, one that forced readers to reckon with the reality lurking behind its narcotic dreamscape, one that would leave me haunted rather than wondering, six months after reading it, how and why it has left me so untroubled.