Walking The Plank To The GOP Nomination 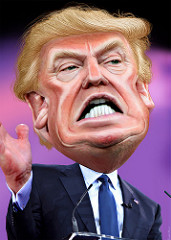 “What I’m thinking is this. When I’m president, we’re not just going to build a wall, but also a moat. Imagine Border Patrol sitting atop the wall, looking over the moat, armed with POISON DART GUNS! They won’t even have to use them because none of the Mexicans would dare approach the wall, because the moat will have alligators and the Border Patrol officers will be wearing PIRATE HATS! The pirate hats will have the scary skull and crossbones and the crocodiles will be HUNGRY! No one would dare go up to my moat. It’ll be great. The greatest moat setup the world has ever seen!” -Donald Trump

“Donald Trump announced today bold new plan today to build a moat staffed with alligators, and to staff his border wall with border patrol officers wearing pirate hats and armed with blow darts. We will discuss the merits of his bold new proposal today…” -some Fox News show 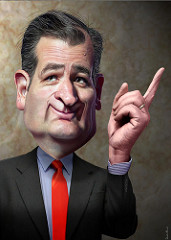 “Anyone who looks at my record will see that I have always supported a moat with alligators, or ‘gators’ as we like to call them in Texas. And there is really nothing on his agenda that I can say that I oppose from the moat to the blow darts. It’s a terrific idea from start to finish.” -Ted Cruz

“Rafael Cruz says he’s in favor of ‘cocodrilos’ along the border wall, but betrays us on the pirate hats. Just another RINO, or as they would say in Rafael’s native language ‘rinoceronte.’ I don’t speak Spanish, though, because I am an American, but Rafael Cruz probably does because he isn’t. Remember.” -Ann Coulter

“Are we really going to do this pirate thing? Okay, then, while I understand some of the apprehension surrounding immigration, we need to approach this serio… I’m sorry. Really? We’re really going to talk about pirates?” -Carly Fiorina

“His proposal makes no sense. First he says that he will put alligators in the moat, but then he starts talking about crocodiles. Just another example of his lack of consistency, just what I’d expect…” -Rand Paul

“Jean Lafitte once had a warehouse in New Orleans, so I would have to say that pirate hats are very much a part of our heritage and I believe Trump’s proposal would be a salute to…” -Bobby Jindal

“I am not yet decided on alligators or crocodiles or whatever, but as a physician I would be uniquely qualified to come up with a formula for poison blow darts. In fact, when I was a teenager, I killed a marmoset using a concoction I created in the hallway closet.” -Ben Carson

“I look at the pirates issue as primarily being one of our need for naval strength. Sorry, what? Immigration? What do pirates have to do with immigration again?” -Lindsay Graham 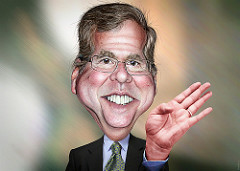 “I can’t say that I favor a moat, though perhaps we could work out a compromise where we built a moat but then build a bridge over the moat…” -John Kasich

“{The sound, or lack of a sound, of a tree falling in the forest when nobody is there to hear it.}” -Jim Gilmore 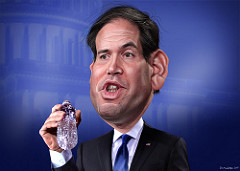 “I would like to say that I am absolutely against the use of poisonous blowdarts on illegal immigrants. There have to be better ways to secure our border.” -Marco Rubio

CHUCK TODD: Some have suggested that we should make undocumented immigrants walk a plank. Would you support this?
SCOTT WALKER: Yeah. It’s important to be firm on the immigration issue.” 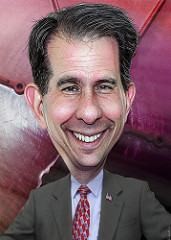 “Look, I am not in favor of this idea at all. When I was a US Attorney standing over the heaping rubble of 9/11, I promised that I would prosecute terrorism to the ends of the earth. Pirates were the original terrorists that Jefferson and company fought.” -Chris Christie

“Walker may have flip-flopped on making immigrants walk a plank, but even then he couldn’t resist using an anti-immigrant slur.” -TPM 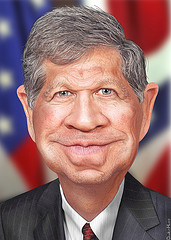 “Jeb Bush suggesting that we mow undocumented immigrants down with guns, Rubio staying mum on the question of alligators, Walker openly advocates forcing immigrants to walk a plank. Meet today’s Republican Party…” -someone on MSNBC

“I’m not saying that there is anything wrong with blow darts, but I don’t think we need to make them poisonous. But really, I’m most concerned about the tone of Trump’s comments.” -John Kasich 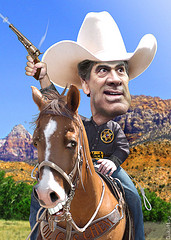 “We do not need a moat, blow darts are {looks at notecard} superfluous, and pirate hats are a stupid suggestion.” -Rick Perry

“Pirates are very popular among young people. Are Perry’s and Christie’s comments about pirate hats yet another example of Republicans problems with Millennials?” -Chuck Todd

“The most common pirates today are Somalis. It’s telling that suddenly so many Republicans are going out of their way to denigrate pirates and pirate hats. If we’re being honest, it seems like a dog-whistle assault of Africans and, by extension, African-Americans” -Melissa Harris-Perry 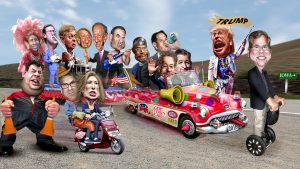 “After all of their talk about ‘inclusion’ the Establishment is, as we speak, spurning black voters even while Trump is reaching out to them.” -Some talk-show host

“Why Trump cannot win the black vote, in 15 charts.” -Vox

“Wolf, I’m standing outside a polling place for the Iowa Caucus tonight and I’ve gotta tell you, we may not need an exit poll at all, based on the number of Republicans I’ve seen going in wearing pirate hats.” -Some CNN Reporter

“Arrh! Trump!!!” -Heard in the background of CNN report.

{This post had a critical assist from Burt Likko}