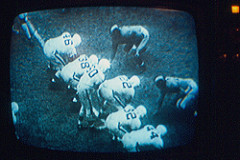 [A1] Michael Hiltzik writes of the long con of the NFL, and how San Francisco paid a high price for cooperation.

[A2] Could the town of San Marcos, Texas, be the next home of the Raiders franchise? Looking at a map, it’s right at the focal point of a potential Austin/SA metroplex.

[A3] Jim McMahon got off pain-killing narcotics by way of Mary Jane.

[A4] From Mike Schilling: “They’ve got a bunch of intelligent players, and the league right now as a whole is not a very intelligent league,” Metta World Peace said. “They have a high IQ, and they capitalize on the lower IQs.”

[A5] Huh. Tennis is pretty corrupt. 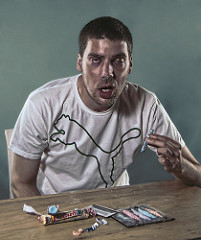 [C1] Have we exported spree shootings to Canada?

[C2] He was cleared of the rape charge, but he still has to notify police 24 hours before he has sex.

[C3] Kind of hard to disagree with the assessment that we are as afraid of our children as for them when we’re permanently putting nine year olds on sex offender registries. Also, the internationalization of Megan’s Law?

[C4] Reviewing a book, Jesse Singal looks at the black activists who helped launch the drug war. In the comment section of a related article, Freddie chimes in.

[C5] If you think it costs money to be poor, trying being a prisoner. 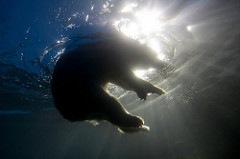 [N2] Water Bears are pretty hardy, and a better mascot than Fighting Hawks.

[N3] Check out this killer whale baiting birds and then eating them.

[N4] Zombie beavers may be the stuff of movies, but zombie cockroaches controlled by wasps are apparently real.

[N5] When it comes to crocodiles, will humans succeed where the asteroid-volcano tag-team failed? Maybe they have it coming!

[E1] Attention Michael Cain! While the nation is mired in disagreement, some western cities are taking action on the climate.

[E2] Cheap oil usually does wonders for the economy, but not this time.

[E3] Did the wind industry rig the noise rules on wind turbines? My tendency to dismiss the complaints is probably rooted in my animosity towards NIMBYism and the same people who complain about noise also complain about aesthetics (and I think they look darn cool), but I’ve never had to live near’em.

[E4] They’re paying handsomely for it, Denmark is producing 140% of its energy needs through renewables.

[E5] Geology is hard, and there is a lot of money depending on people being able to do it.

[T1] This is pretty amazing. I’d never even heard of Google Cardboard.

[T4] Alan Jacobs gets rid of his smartphone and here is what he learned. Last year Ashley Feinberg spent a month using a ten year old phone.

[T5] As someone for whom DSL is the only broadband option available, reports of the demise of DSL are disturbing.

[T6] From Slate, an in-depth look at Facebook’s feed algorithm. 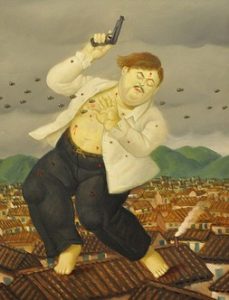 [L1] The Dominican Republic’s Constitutional Court has banned abortion, through and through, all the way to when a woman’s life is at risk.

[L2] Walmart is suing Puerto Rico over a tax targeted in their general direction.

[L3] The crime capital of Medellin, Colombia may be turning itself around, much to the chagrin of its crime writers, which comprise of most of the fiction writers. Related, Bernardo Aparicio Garcia writes about live in Pablo Escobar’s Colombia.

[L4] Creepy-arse stuff like “spiders the sizes of puppies” are supposed to be in Australia, not the Americas!

[L5] Written in 2014, this rundown on John McAfee’s adventures in Belize is some interesting reading.