It’s For the Environment

The Bath family has been a one-car family longer than they have been known as the Baths. It hasn’t been difficult. What was difficult was having two cars and needing to drive additional, pointless trips so that both vehicles had a chance to be driven at least once per month and avoid getting their (starter) batteries completely discharged. Each additional car requires expensive semi-annual maintenance even if nothing goes wrong. And if you don’t drive a car for an extended period, expensive things seem to happen to the brakes. Even if you don’t use the car much, you’re still supposed to get an oil change every six months, which means dumping five quarts of perfectly good, clean, refined, and toxic oil and replacing it with five more quarts identical to what was thrown away.

So, I’m glad we sold our second car. I wish I had sold it four or even six years earlier than I did given how little it was used.

Our situation on this front hasn’t changed much even though our daughter has started preschool and I got a (non-teaching) job at my wife’s university. We still don’t need a second car.

What we do need is a parking spot.

For a variety of complicated but boring reasons, the logistics of getting two adults to work and one toddler to preschool involve my driving to work in the morning a couple mornings per week and my wife driving the car back immediately after lunch. It’d be nice to have someplace to park the car over that half-day.

The wait list for a parking spot, however, is five years. This is for a permit that costs a good bit more than $1000 per year. 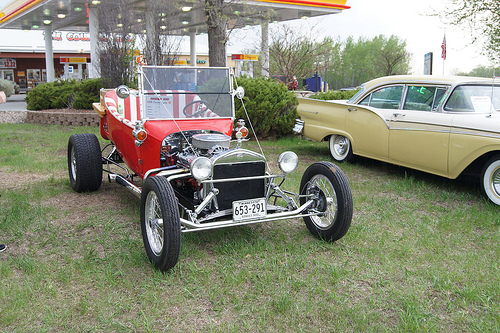 But there’s a way to go immediately to the front of the line! If two university employees agree to carpool, then they bypass the line and get a parking spot immediately instead of sometime next decade. What’s more, the parking permit is heavily discounted from its regular price.

And the parking office even volunteered to me that if my wife works for the university, the two of us could carpool together. All we have to do is sign up together with up-to-date registration for both of our cars…

I asked if it was necessary to have two cars to qualify, and it is. The policy is meant to help the environment by encouraging carpooling. If they handed us a permit, they wouldn’t get credit for taking an extra car off the road since we don’t own an extra car.

So, to get a parking spot, I would need to buy a car so that it can be not driven to work.

These are perverse incentives, but they aren’t unusual for the society we have running here. See this Consumer Reports video:

Tips From the World's Most Efficient Woman | Consumer Reports

If you didn’t catch it, the world’s most efficient woman clambers into a 6,000-pound SUV to transport her own 145-pound person. But it’s a hybrid!

In 2016, environmental virtue is in buying shiny new solar panels, not in reducing consumption. The most highly subsidized car in America is a $100,000 sports car, and it got that way thanks to the efforts of a political party whose rallying cry is income inequality. The Consumer Reports video is the least problematic of any of this. There is something to be said for not letting the perfect be the enemy of the good, but we’ve taken that to mean exalting the bad over the terrible.

A woman who works from home isn’t reasonable for most people. No one wants to subsidize her or make a video about her life. Even a walk-to-work woman fails the reasonability test because what are you going to do when the weather is slightly uncomfortable? Move?

Such restrictions make dramatic change impossible. The most efficient woman can be no more than 20% more efficient than the average woman. Consume different if you must, but the first order is to consume.